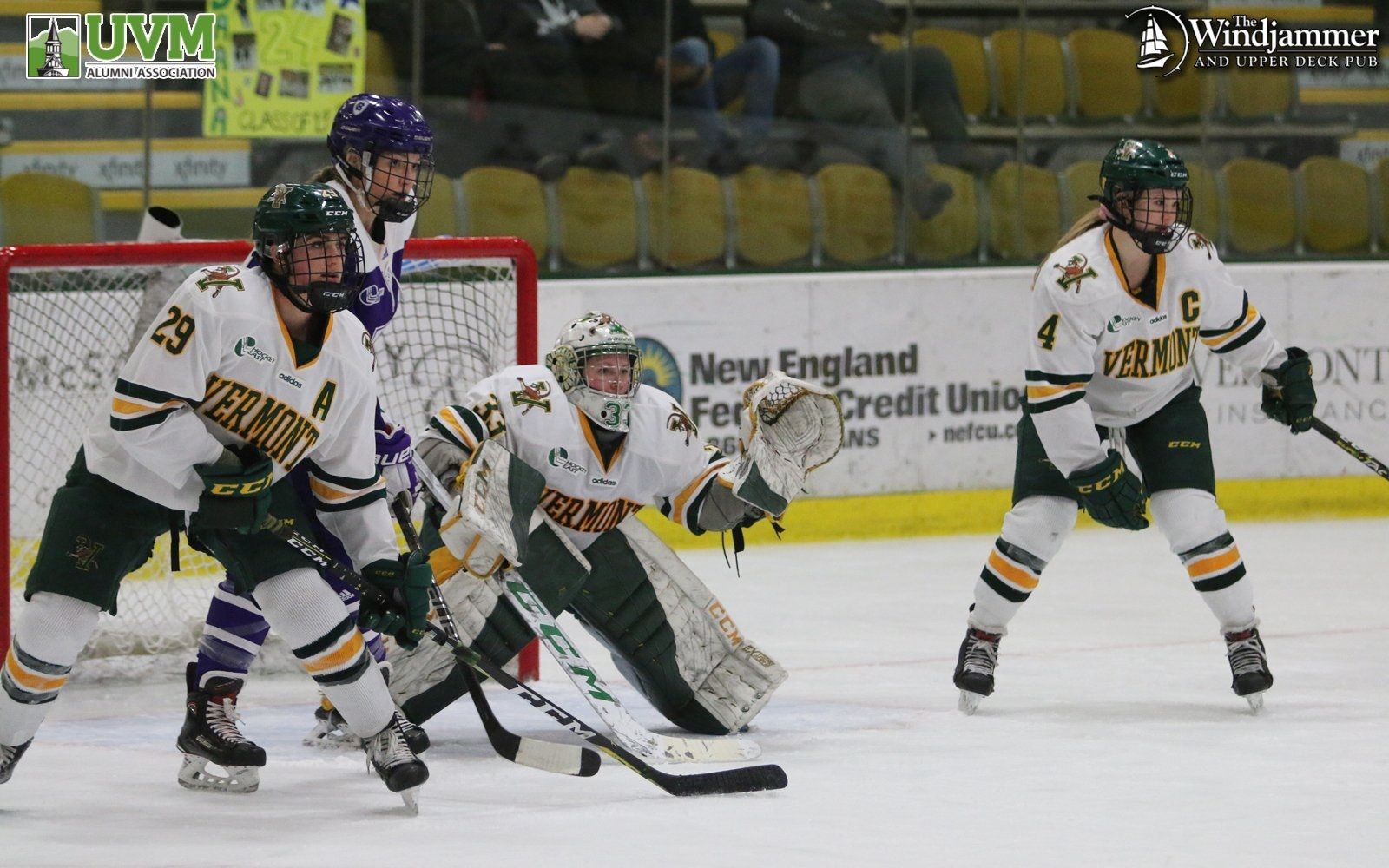 Four different teams are in play to win the ECAC regular season title. Princeton currently has a one point lead.  Cornell is one point back, Clarkson is three points back and Colgate is four points back. Those four teams will definitely host opening round games in the ECAC tournament, but that's about the only thing that's decided. Calculating the possible outcomes in this conference was enough to give me fits this week.

Clarkson won the only meeting between these two teams this season, 3-1. Princeton is coming off a tough and surprising loss to RPI where they put 57 shots on goal but lost 2-1. The Golden Knights had an upset of their own as they lost to Dartmouth last weekend. Clarkson rebounded with a win, but did need nearly the full overtime period to overcome Harvard.

Both teams need to put things back on track before the post-season. Princeton is in a better position, but both of them will be looking to finish as high as possible to get favorable pairings in the tournament. Teams five through eight in the ECAC are no pushovers and it's not going to be easy for any time to earn that conference's auto-bid.

This conference wasn't really able to sort itself out over the course of 23 weeks, so we're down to one weekend of games to decide their fate. It's nerve-wracking and brain-busting, but it's also a heck of a lot of fun to watch.

Watch: A stream will be available on BU's website through the Patriot League Network.

These two teams are also jockeying for spots in the conference tournament. Boston University is also fighting for the possibility of an at-large bid to the NCAA tournament should they not win the Hockey East auto-bid. At the moment they are on the outside looking in and likely need to make at least the Hockey East championship game to have a chance. Right now, every win is crucial and they're looking long game more than short.

BU is playing to determine whether they or BC are the second or third seed and Providence is fighting for fourth or fifth with Merrimack. The fourth seed will get to host the first-round games and will host the fifth seed, so those are important distinctions.

The Terriers haven't lost since January 5, a 1-0 defeat by Maine. They did have three ties in their last seven games and will be trying to figure out how to have that closing instinct that can carry them through tough games in the postseason.

Providence has had an up-and-down season, but suffered seven of their 10 losses since the holiday break. They are just 3-4-2 over their last nine games.

Watch: A paid stream is available on BTNPlus.

Wisconsin has a two point lead on Minnesota heading into the final weekend. The Badgers have the chance to make WCHA history by becoming the first program to ever win four-straight regular season titles. They have the tougher draw with a Buckeyes team that has given them problems at times over the past two years. But Ohio State's wins over Wisconsin have come in Columbus. The Badgers are a nearly unbeatable team in Madison, where the games are already sold out and it is senior weekend. They are 61-2-1-0 at LaBahn Arena over the past four seasons.  The atmosphere will be amazing for Wisconsin.

As the WCHA has an odd number of teams, the top seed gets a bye in the opening round of the conference tournament, making finishing first more than just about a record or a trophy. There's not a team in the country that wouldn't like to head into the post-season with an opportunity to rest and recuperate.

Wisconsin has never lost a game to Ohio State at LaBahn Arena with an 11-0-1 record against the Buckeyes there. The Badgers have outscored OSU 51-7 in that time, while shutting out the Buckeyes in six of the 12 games. Badger goalie Kristin Campbell's 1.13 goals against average and seven shutouts this season lead the nation.

Ohio State looks like they'll finish third in the WCHA, barring Bemidji State sweeping the Gophers. They had a strong start to the season but have struggled a bit down the stretch, including going 3-6 over their last nine outings. Jincy Dunne has been lethal for them from the blue line – her 24 points are tied for most in the WCHA from a blueliner. Tatum Skaggs has 14 goals while Emma Maltais leads the team with 25 assists and 38 points.

This a "for all the marbles" game as the winner will earn a berth in the Hockey East tournament as the no. 8 seed and the loser's season will be over.

The teams are about as close as they can be. Vermont has a one point lead in the conference standings, but they split their two games earlier this season and each team won by a single goal. Even their conference goals for and against are practically even.

Maine does average nearly a half a goal per game more than Vermont on offense and allows fewer goals on defense, as well. Neither team is particularly potent on power play while Vermont is one of the best teams in the country on the penalty kill. The Black Bears average 10 minutes in the penalty box per game, so special teams may be the deciding factor here.

Maine would likely have been the favorite to win the game at home, but that is in jeopardy after it was reported Friday morning that the team will be playing the game with just 15 skaters – 10 forwards and 5 defenders, as senior captain Alyson Matteau, senior assistant captain Cailey Hutchison, junior Brittany Kucera, and sophomore Maggie Blair have been suspended indefinitely from the team for allegedly violating the student-athlete code of conduct. Blair was arrested and charged driving under the influence of intoxicants on Sunday. Hutchison is a Metropolitan Riveters draft pick.

The other players were suspended for an alleged altercation at a restaurant in Orono, where the University of Maine is located.  The suspended players have already been removed from the women's hockey roster page at GoBlackBears.com. No further information was available at the time of publication, but this obviously impacts Maine's chances in Saturday’s game as well as in the playoffs, should they advance.

↑Northeastern – The Huskies clinched the program's second-ever regular season title with a 3-1 win over Providence on Saturday.

↓BU, Colgate, and Ohio State – These look to be the last three teams out of Pairwise predictions and an NCAA bid. Boston University will likely need to win the Hockey East tournament to make it in and at the very least they'll need to make the tournament final and have some other things go their way. The other two will also need to likely earn their conference's auto-bid to keep their season going.

↑RPI goalie Lovisa Selander –  Made 57 saves in the Engineers' 2-1 upset of Princeton on Saturday. She now as 1012 saves in 29 games played this season while maintaining a 2.07 goals against average and a .945 save percentage.