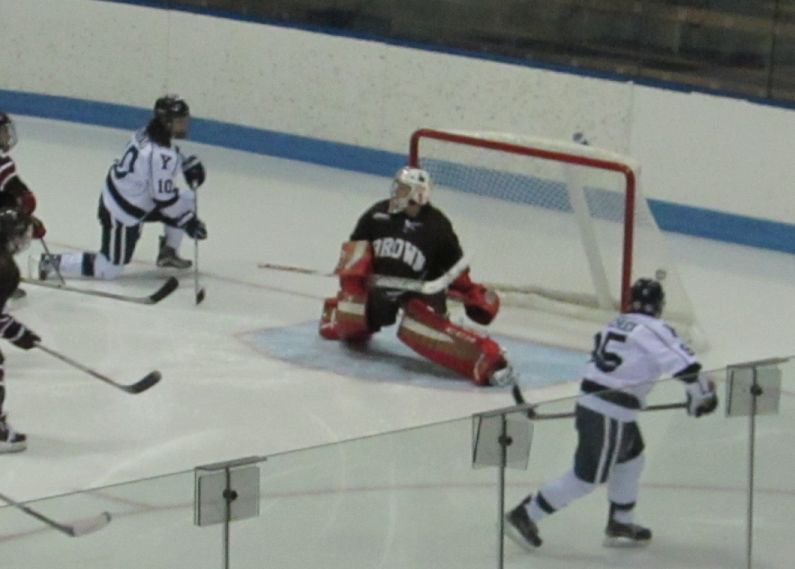 It's the final week of the regular season and only two conference crowns are as yet undecided.

Lindenwood at Syracuse; Friday and Saturday at 3 PM ET

It's Mercyhurst's title to lose. They've won four in a row on the road to close out the season and appear to be hitting their stride at the right time.

Penn State will suffer from running into that buzzsaw and likely drop to fourth in the conference. They're just one point clear of Robert Morris, who should get at least three points from RIT this weekend.

Harvard will need to win out in order to better their position, which is possible but unlikely.

Dartmouth is grasping to make the final spot in the ECAC tournament and would have to beat the same two teams as Harvard -- Colgate and Cornell.

Yale currently holds the final playoff spot. They beat St. Lawrence earlier in the season, so hope is high for those three points as they face Clarkson on Sunday and aren't likely to come away with the win.

Connecticut at New Hampshire; Friday and Saturday at 2 PM ET

Vermont and New Hampshire failed to helped themselves and now Providence has joined the mix. All three teams have 14 points, so they're playing to figure out tournament seeding. Maine, who doesn't play this weekend, draws the short straw and will face Boston College in the first round of the playoffs.

Bemidji State and North Dakota have both clinched home-ice advantage; with two or more this weekend, the Beavers will earn the No. 3 seed. Similarly, if St. Cloud State earn at least two points this weekend, the Huskies will be seeded fifth, leaving Minnesota-Duluth in sixth.

And though it has no playoff implications, the Wisconsin at Minnesota game on Saturday at 3 PM CT will be televised on Big Ten Network and features at least 10 women that have a shot at Olympic rosters in 2018.

The top 10 finalists for the Patty Kazmaier Award will be announced Tuesday. Northeastern's Kendall Coyne, BC's Alex Carpenter (the 2015 winner), Minnesota's Hannah Brandt and Wisconsin's Ann-Renée Desbiens are probably locks, but that still leaves five others. BC's Haley Skarupa, Quinnipiac's Taylar Cianfarano, Wisconsin's Annie Pankowski and Minnesota's Dani Cameranesi are worth mentioning. Who else do you see getting the nod for the Patty Top 10?

↑Quinnipiac's Melissa Samoskevich -- The freshman tallied her eighth game-winning goal last weekend. She leads the country in that category.

↓Harvard -- Inconsistency has plagued the Crimson this season. A year after playing in the national championships game, Harvard will need to win games at Cornell and Colgate this weekend in order to get home-ice in the ECAC playoffs.

↑Wisconsin's Courtney Burke -- The Badgers' senior captain had a conference-best six point weekend with a goal and five assists. The first-period goal on Sunday was the defender's 100th career point, making her just the third Badger blue-liner to achieve the feat.

↓Union -- Their final weekend features (4) Quinnipiac and (8) Princeton. It's not looking good.