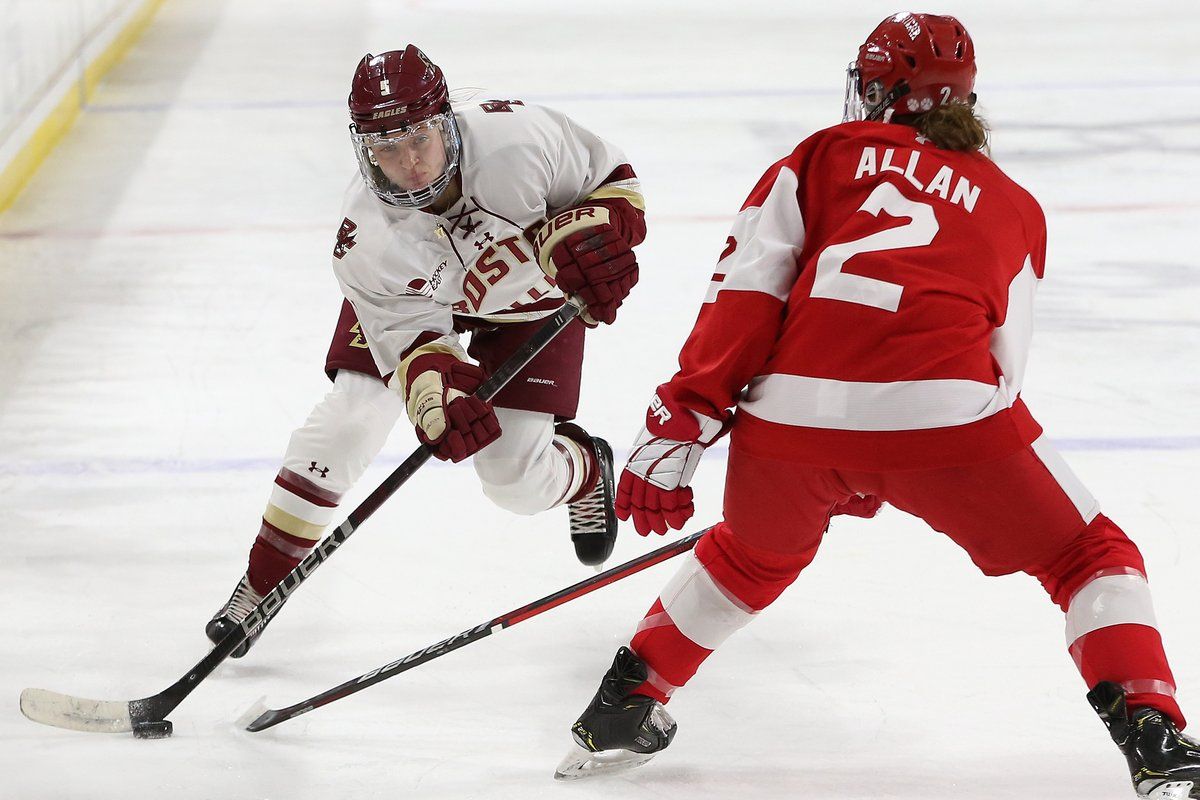 Clarkson has only played four conference games, while the top teams have played six and some teams have played eight, so the standings are difficult to parse right now. Despite playing fewer games, the Golden Knights have as many goals as everyone but Yale and Princeton. They have three of the top four scorers in the country in Loren Gabel, Elizabeth Giguère, and Michaela Pejzlová. They're averaging 4.36 goals scored per game.

Cornell hasn't been quite as prolific on offense, though they're still averaging more than three goals a game. Where these two match up best is on defense. They're both allowing just two goals per game. Neither team is very strong on the penalty kill, so special teams may play a big part in deciding the game between these two close teams.

The Big Red will need to show that they can corral Clarkson's high-powered offense. If they can keep the pressure on and not let the Golden Knights camp in the offensive zone, they should have a good shot at a win. They need to be strong in front of the net and not let any of those big scorers have a lot of time and space with the puck.

Watch: Stream is available on ESPN+ for Friday's game at BC. They have a free trial, or the cost is $4.99 a month. Saturday's stream from BU appears to be free here.

This is one of those rivalries that can negate any advantage either team might have in skill. Though we expect that Boston College to be the better squad here, it'll be interesting to see how they react to their loss against Northeastern earlier this week. It was a bit of heartbreaker as the Huskies scored three unanswered in the second and then just before the end of the game and in overtime to win.

If the Eagles want to show they still belong as a top five team, they have to respond to the loss emphatically. They haven't performed well against ranked opponents and will need to show that they are the team we thought they were.

Boston University has given up more goals than they've scored in conference play, so they'll be looking to be stronger on defense, something that won't come easy against BC.

Both of these teams had strong starts give way to some disappointing losses and are looking to get back on track. Luckily for St. Lawrence, their losses have come out of conference, so they're still a perfect 4-0 in the ECAC and have given up just two goals.

At the moment, both are on the outside looking in when it comes to the post-season, so they'll be fighting for some very important conference points that should give them better seeding for the conference tournament.

Colgate is 2-2-2 over the past six games and is looking to rebound with a big win to bolster their confidence and try to keep pace in conference.

↓Boston College – The Eagles play just three ranked teams this year (unless a later opponent becomes ranked) and have lost to two of them. They swept St. Lawrence, but were beaten twice by Minnesota-Duluth and lost to Northeastern on Tuesday.

↓St. Lawrence – The Saints had wins over Clarkson and Ohio State in back to back weekends in late October and looked to be moving up, but an 8-2 drumming by Minnesota over the weekend brought them back to earth.

↑Northeastern freshmen Chloe Aurard and Alina Mueller –  Aurard's point streak is at eight games as she forced overtime on Tuesday, scoring a goal with less than 30 second to play. Mueller scored twice and added an assist to push her point streak to 14 games as the Huskies took down Boston College.

↑Minnesota goalie Alex Gulstene – She's still the only undefeated goalie in the country. She's won all 11 of her starts this year.