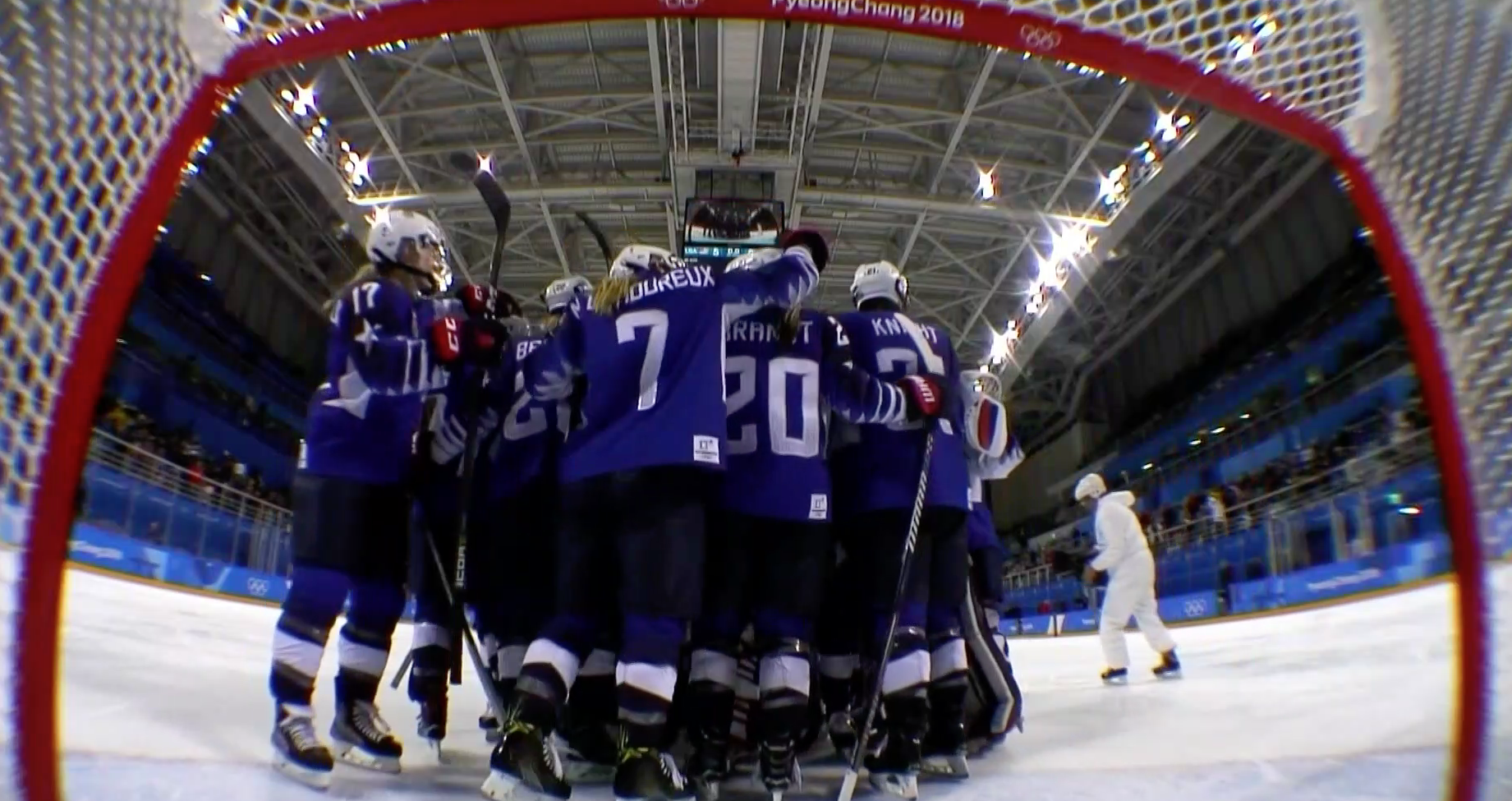 Group B play resumed Monday morning at 2:40 AM Eastern time, with Switzerland and Japan facing off. The first period was scoreless, and Switzerland actually only mustered one shot on goal to Japan's 8. The second period was more even, with the Swiss outshooting 13-11, but those two extra shots ended up being the difference-maker in the game. Two quick power play goals by Sara Benz put the Swiss up 2-0 midway through the period. Her first was a long shot from the bottom of the right circle that eluded Nana Fujimoto, who was low in her net. While Japan mustered some strong defensive play to clear the zone on their next PK sequence, Sara Benz ended up on a breakaway thanks to a perfect pass by Christine Meier, and she snapped a shot over Fujimoto's left shoulder for the 2-0 lead.

The third period showed Japan doing everything they could to muster a comeback. They had several great power play chances early in the period. But Alina Müller got a quick breakaway just after the penalty expired and let off a quick shot that grazed off of Fujimoto and trickled into the net.

Japan outshot Switzerland 19-3 in the third period, but Florence Schelling was poised throughout. She did allow a goal on a smart deflection by Hanae Kubo, who redirected Mika Hori's wicked slapshot from the right point into the back of the net. However, the game would end with a 3-1 score.

At 7:10 AM Eastern, Group B play continued with Korea vs. Sweden. The biggest takeaway from the unified Korean team's 8-0 drubbing (again), this time by Team Sweden, was that the Korean team was not at all ready for primetime. While they were able to control the puck in the offensive zone for stretches of time, they looked lost in the defensive zone and the neutral zone, and rarely had the puck on their sticks. Sweden poured on the offense for 60 minutes, and Sara Grahn earned her shutout, making 19 saves. Shin So-Jung saved 42 of 50 shots she faced.

Group A play on Tuesday morning saw Team Canada convincingly beat Finland 4-1. Shannon Szabados got the start in goal for Canada, while Finland went to Noora Räty again. Meghan Agosta got things started quickly for the Canadians just 35 seconds into the game, softly tapping in a cross-crease pass from Mélodie Daoust after a Finnish turnover at their own blueline. Despite the poor start, Finland would pick up the pace in the period a bit and force Szabados to make some tough saves with traffic in front, but they were unable to capitalize.

Instead, Marie-Philip Poulin would bury a late, unassisted goal for her first of these Olympics after she stole a puck from a surprised Jenni Hiirikoski. She surprised Noora Räty with a nifty backhand shot which was initially called no goal by the officials (likely due to the fact that none of them were positioned near the net at the time). At the next stoppage, the goal was credited, and it would stand as the game winner.

Team Canada kept pouring it on in the second, adding goals by Daoust and Jill Saulnier. Daoust's goal came after Laura Fortino skated effortlessly around the offensive zone and opened up a seam for Daoust's perfectly placed shot, and Saulnier's game on a breakaway after a line change by Finland left her undefended at their blueline.

Finland's Riikka Välilä would break Shannon Szabados' shutout in the third after a hard-fought shift where lots of players collapsed around the Canadian net and got Szabados out of position with traffic in front. Still, the game would end with a 4-1 score for the Canadians. Szabados would finish with 22 saves on 23 shots, while Räty faced 32 and stopped 28.

Much like Canada had the day before, Team USA rolled over the Olympic athletes from Russia with a 5-0 final score, powered in large part by Jocelyne Lamoureux-Davidson. Lamoureux first found Kacey Bellamy streaking into the zone and set her up for a slapshot that beat Russian goaltender Valeria Tarakanova cleanly. Neither team was credited with many shots in the first and it was a slower period, but it set up two periods of offensive dominance by Team USA, eventually leading them to a 50-shot tally.

OAR did their best to keep up but were frequently burned on transition by the speed of Team USA, which led to a frustration penalty for cross-checking by Nina Pirogova in the second. Team Russia's penalty kill was actually quite successful against the Americans and they were able to prevent special teams goals despite some time in the box.

But at even strength, Jocelyne Lamoureux struck again. Her first goal was the result of patient play in the slot, waiting for traffic to open up for her. She buried a rebound shot after Tarakanova lost her net. She then set an Olympic record for the fastest 2 goals by a single player just 6 seconds later, finding herself on a breakaway following the center ice faceoff after pushing past the Russian defenders. She did a head-fake and flipped a backhander behind Tarakanova and into Olympic history.

Gigi Marvin added a fourth goal which may have been on a crease violation, but it stood. Teammates comforted Tarakanova before she was replaced by Nadezhda Morozova for the remainder of the game. Hannah Brandt scored a goal late in the third period, coming quickly to the net, picking up a loose puck after Dani Cameranesi was tripped and wristing it past Morozova.

Team USA did distribute their ice time more evenly among players in this game, especially letting younger players like Sidney Morin and Haley Skarupa take more shifts in the third period once the lead was secure. Nicole Hensley earned a 13-save shutout.

The Russians are, again, and extremely young team and need to improve in terms of defensive coverage if they want to hope to compete against teams like the US and Canada. Most of their 13 shots were easy saves for Hensley as well; they did a poor job of establishing themselves in the offensive zone throughout the game.

Group B play concludes tonight and tomorrow morning Eastern time, with Sweden vs. Switzerland at 10:10 PM tonight and Korea vs. Japan at 2:40 AM Wednesday. Group A play concludes Wednesday night and Thursday morning. Team USA will face Canada for the first time in these Olympics Wednesday night starting at 10:10 PM Eastern, and Finland will face the Olympic athletes from Russia at 2:40 AM Thursday Eastern time.