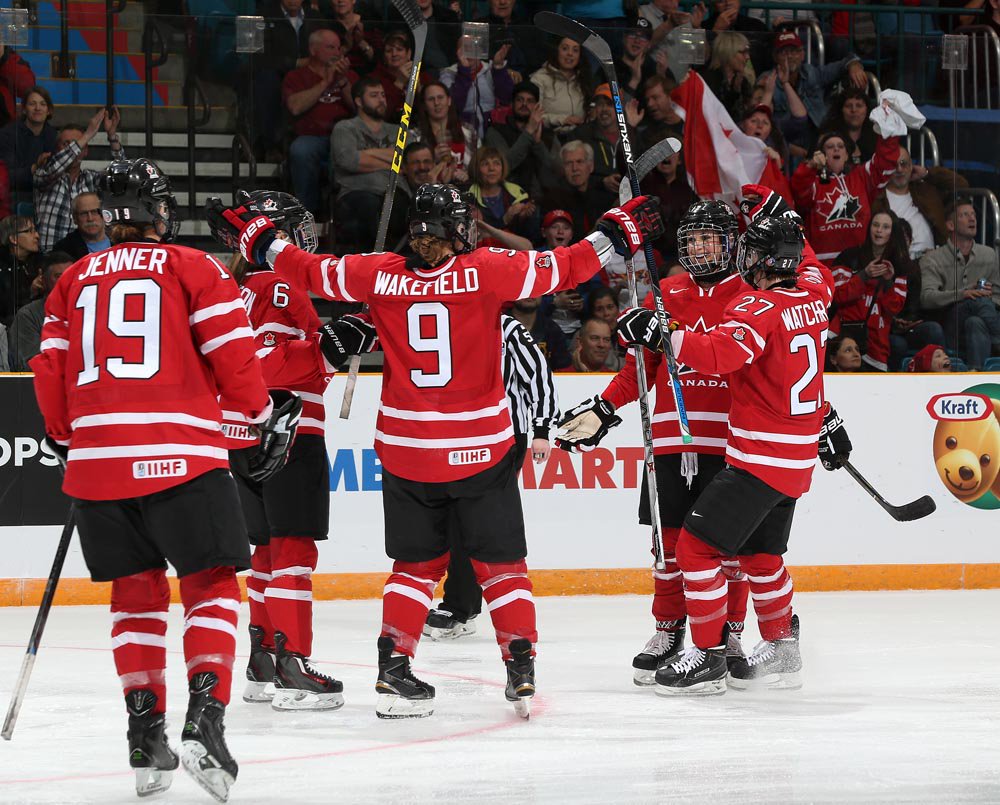 In addition, Marie-Philip Poulin scored her first of the tournament; Meaghan Mikkelson and Halli Krzyzaniak scored twice; and Emily Clark and Jennifer Wakefield added goals. Maria Sorokina, in net for Russia in relief of Anna Prugova, stopped Mikkelson with an amazing save on a penalty shot:

Michelle Karvinen puts Finland on the board with a great move on the 2-on-1 #WomensWorlds pic.twitter.com/PrsjGjh2lL

Finland played a very strong trap game to minimize scoring chances on Meeri Räisänen, but after that first goal, their offense was unable to get going as they simply waited for Team USA to make mistakes -- and while the Americans made plenty, they were also fast enough to make sure that they didn't pay for many of them. Altogether, Räisänen kept the Finns in the hunt, stopping 49 total shots. She allowed the tying goal off a deflection to Hilary Knight, and her only other lapse was the game-winner by Jocelyne Lamoureux, which was set up by two perfect passes from Shiann Darkangelo and Annie Pankowski. Team USA's power play continues to be a concern; they went 0 for 5 against Finland and never looked dominant. Finland's strength is their defense and they had a strong PK and an even better goaltender, but scoring on the power play will be crucial for Team USA once the prelims are over.