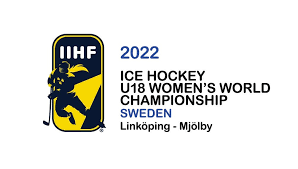 While the men's World Juniors tournament is poised to drop the puck and play through the pandemic for the second straight season, the closest tournament that exists in women's hockey has been cancelled for the second time in as many years.

The tournament was scheduled to start on January 8, with games to be televised on SVT in Sweden and on TSN in Canada. The 2021 tournament, which was scheduled for the same location, was cancelled in September of that year due to concerns over COVID-19.

The IIHF released a statement Friday morning, December 24, about the cancellation of all January tournaments, which includes the U18 Women's World Championships.

Per the release, "Due to league commitments within Sweden during possible postponement dates, it was determined that it will not be possible to move the women’s U18s to a later date. All other tournaments mentioned above will not be postponed."

This cancellation affects six tournaments scheduled in January - two lower division men's U20 tournaments and four women's U18 tournaments. The World Juniors (Men's U20), scheduled to begin five days before January starts, is not affected.

The Swedish Ice Hockey Federation also released a statement Friday morning about the cancellation of the U18 Women's World Championship. (The original release is in Swedish. English translations are via Google Translate.)

"The U18 WC is an important part of strengthening and building ice hockey on the girls' and women's side, but with that said, we have great respect and understanding for the decision based on the pandemic situation in the world," said Anders Larsson, chairman of the Swedish Ice Hockey Association and chairman of the executive committee for the U18 World Cup.

"In Östergötland's district, we have gathered strength around ice hockey on the girls' side and the championship is an important part of it and something that can drive recruitment and interest in the district," said Karin Ahl, chairman of Östergötland's ice hockey association and member of the executive committee for the U18 WC.

"That the safety of players and leaders is prioritized is completely right and something I have great respect for, at the same time it is of course a huge disappointment that the U18 World Cup has been canceled two years in a row... I am also thinking about the possibility of further building interest in Swedish ice hockey on the girls' and women's side through SVT's investment in the championship...," said Anders Lundberg, Player Development Manager for the Swedish Ice Hockey Association.

"We at SVT, together with Finland, Canada and the USA, were completely ready to make the biggest TV investment ever at a junior WC for girls, so it feels very sad not to be allowed to broadcast this championship at home," said SVT's sports director Åsa Edlund Jönsson.

USA Hockey's statement on the cancellation: