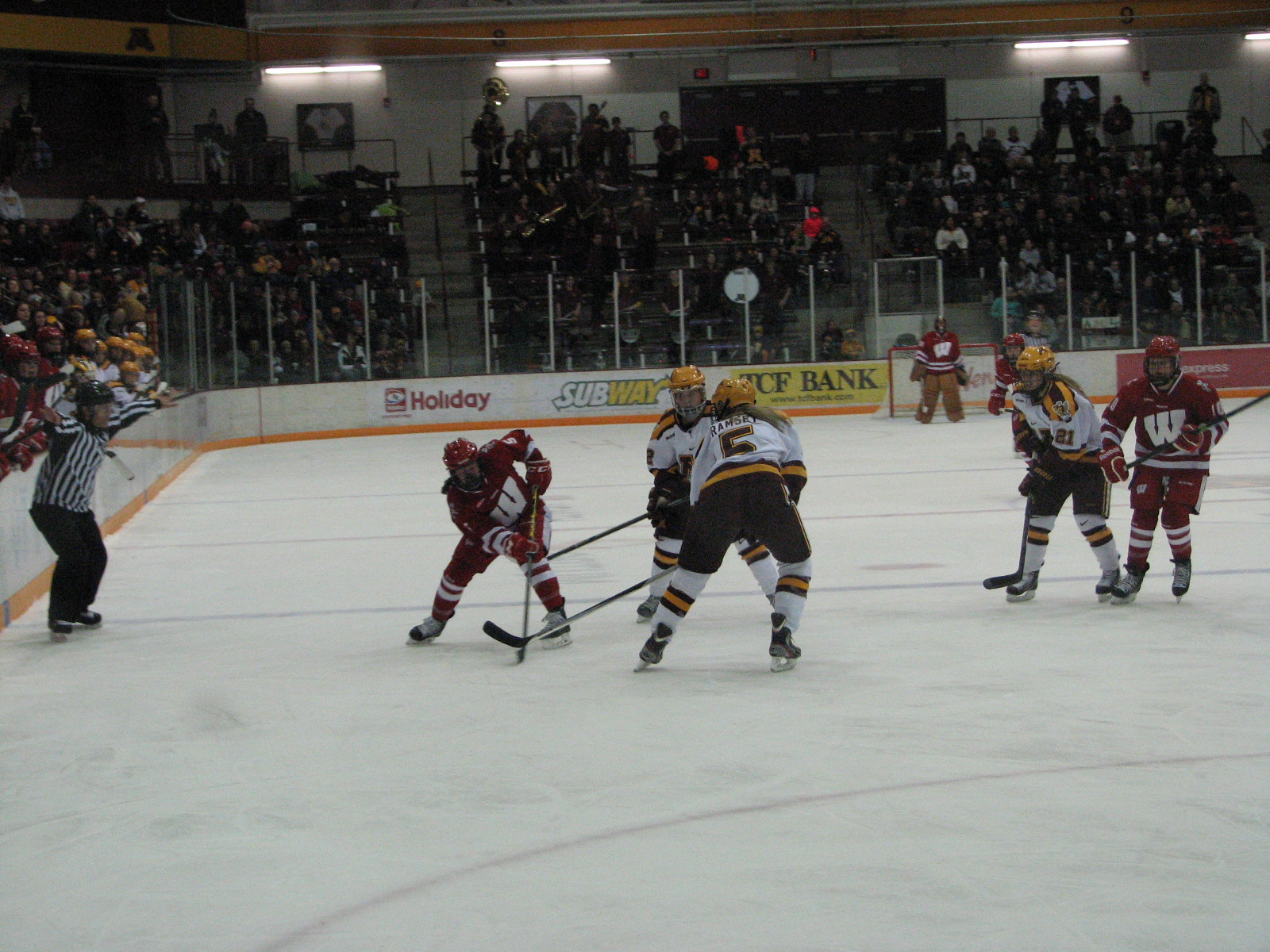 At least four times a year, we get the privilege of watching the best up-and-coming talent in women's hockey face off. Six women on the ice this weekend played in the most recent IIHF Women's World Championships. The match-up features some literally world-class talent and in Madison, tickets are just $5.

Over the past four years, Minnesota has dominated this rivalry. The Badgers haven't won a game in the past 18 attempts, dating back to October 2011. Not one woman on the Wisconsin roster has ever beaten the Gophers. Minnesota's senior class is 13-0-1 against the Badgers.

You can expect a sell-out both games in Madison and a loud atmosphere for the players to feed off of.

Both teams have been offensive powerhouses this season, though they've taken different paths to get there. Minnesota is averaging just more than six goals per game, and four Gophers are among the league's top-ten in scoring. Wisconsin is averaging just less than five goals a game, but have only one player, sophomore Annie Pankowski, among the top ten.

The Badgers had an impressive shutout streak to start their season, and are allowing only 0.38 goals per game. They'll need goalie Ann-Renée Desbiens to help them slow down the potent Gopher forwards.

Wisconsin's balanced and deep attack could prove to be an interesting wrinkle in the latest meeting between the two teams. In last year's national semifinal, Minnesota coach Brad Frost made some in-game adjustments to put his top players against what was the Wisconsin's second line with Pankowski, Emily Clark, and Baylee Wellhausen. Those two top lines match pretty evenly. How the other lines handle each other will be a major component of this game.

Additionally, special teams may be the deciding factor in this game. Wisconsin has allowed just one power play goal all season, while the Gophers are only 77.5% when they're down a skater. On the flip side, Minnesota is scoring at almost a 50% clip on the advantage. The games between the two are usually quite physical, so staying out of the penalty box will be crucial for both.

The Badgers struggled with finishing at times last week against Dartmouth. They peppered the goal, putting a season-high 63 shots on goal last Friday. They lead the country in SOG per contest (44.75) as well as in shots allowed (15.31) -- their shot margin leads the country --and is almost double digits better than Minnesota, who are the next best team.

Minnesota is coming off a 2-1 win over Minnesota State, a team who they'd beaten 11-1 the night before. How they respond to that result will have an impact on Friday. Neither team in the rivalry needs much motivation to beat the other, but the Gophers may be able to find something extra here.

Wisconsin's toughest test might be in getting out of their own heads. Their inability to get a win recently, especially when they've arguably been the better team at times, has to weigh on their minds. Coach Mark Johnson preaches that his team prepares the same, regardless of opponent, but whether the team can stick to that will be crucial to their success.

It's unlikely Wisconsin will emerge from the weekend and still be undefeated, but Minnesota's shown more chinks in the armor than ever before and if Wisconsin can finally break their winless streak, the weekend will be considered a success.

We'll stay in the WCHA for the only other meeting of ranked opponents.

These two teams met up in mid-October, which ended with a tie and an OT win for Bemidji.

North Dakota has struggled early this season with putting together a complete weekend series. They're playing at a .500 clip in the WCHA right now as they head into the heart of their schedule. By the end of the first weekend of February they'll have played Bemidji, Wisconsin twice, Minnesota, and Minnesota-Duluth.

The newly christened Fighting Hawks have to find a way to put together a complete series or they're going to find themselves heading to the end of the season without a clear path to the postseason.

Bemidji is seven points clear of North Dakota in conference standings, and NoDak is going to have to work to hold off St. Cloud State and Minnesota-Duluth for fourth place and home-ice advantage in the first week of the conference playoffs.

It seems crazy to be talking about post-season seeding this early in the season, but North Dakota's found themselves just outside the final NCAA field more often than not the past few seasons. Wins over ranked opponents would go a long way to help their case.

↑Minnesota-Duluth -- The Bulldogs have by far the toughest schedule in the country this season. Six of their first eight series were against ranked opponents, including East Coast powerhouses BC and Harvard. UMD upset the Crimson on Friday night and found themselves ranked this week.

↓New Hampshire -- The Wildcats have played four different goalies this season. A powerhouse program in years past, the Wildcats will host this year's Frozen Four, but won't be a player. They've got to find some consistency to start to build on.

↑St. Cloud State -- The Huskies are on a six-game winning streak, which is a program record. They've swept consecutive WCHA series, and their eights wins through the end of November equal the number of wins they had all of last season. There's a big turnaround happening in St. Cloud.

↑Wisconsin's Jenny Ryan -- The Badger junior has 20 points, top 17 overall in the country, and first among defenders with 1.25 points per game. She had 22 points all of last season.

↑Minnesota's Hannah Brandt -- I missed this, but Brandt became Minnesota Women's Hockey's all-time leading point-getter. In a five-goal game against Bemidji, Brandt not only scored her 100th career goal, but the final goal was her 247th career point, which pushes her past Natalie Darwitz (246 career points on 102 goals, 144 assists) as Minnesota's all-time career points leader, at 104 goals and 143 assists.