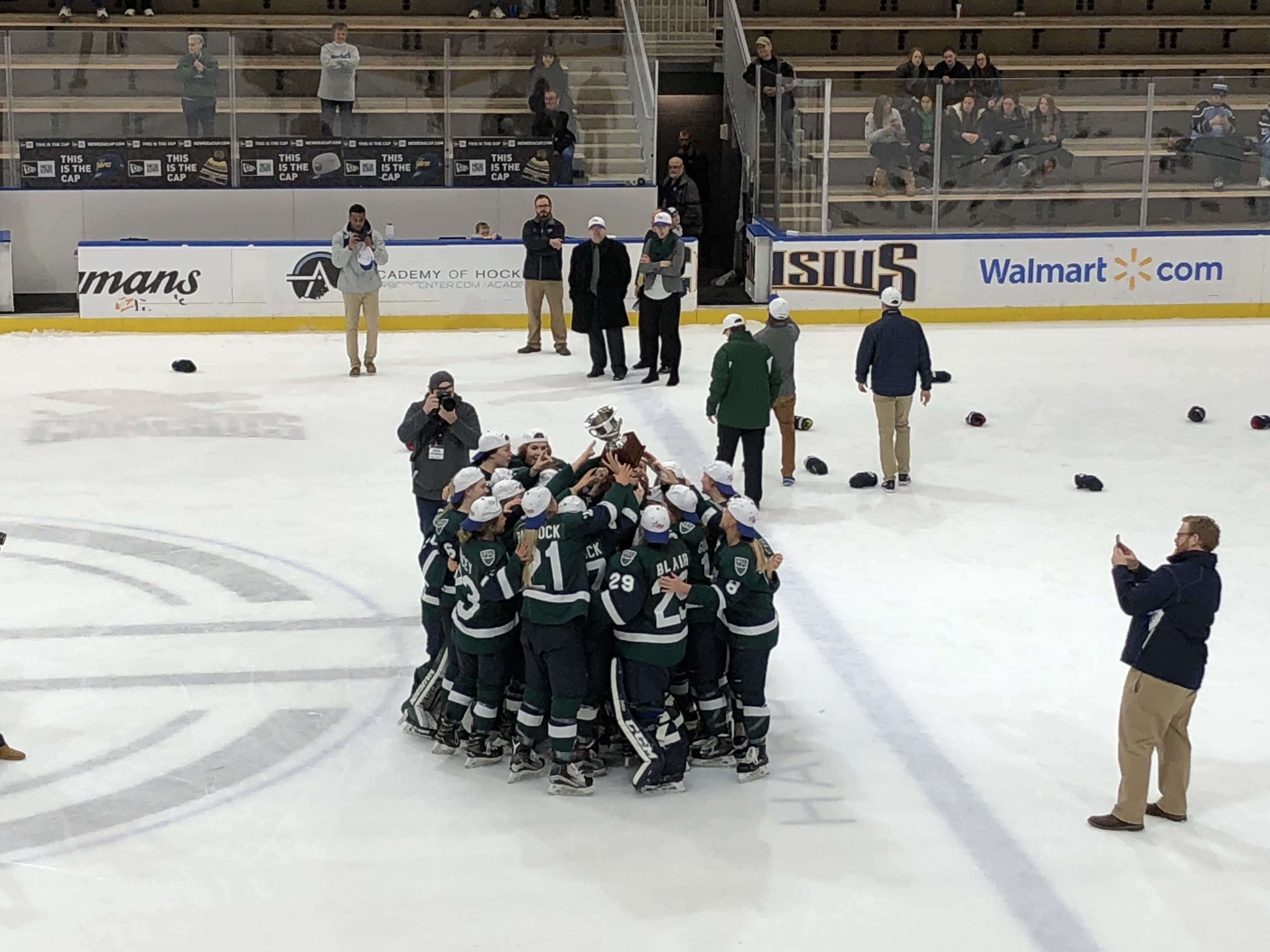 The Mercyhurst Lakers overcame the top-seeded Robert Morris Colonials to win the College Hockey America championship with a 5-3 win on March 3. 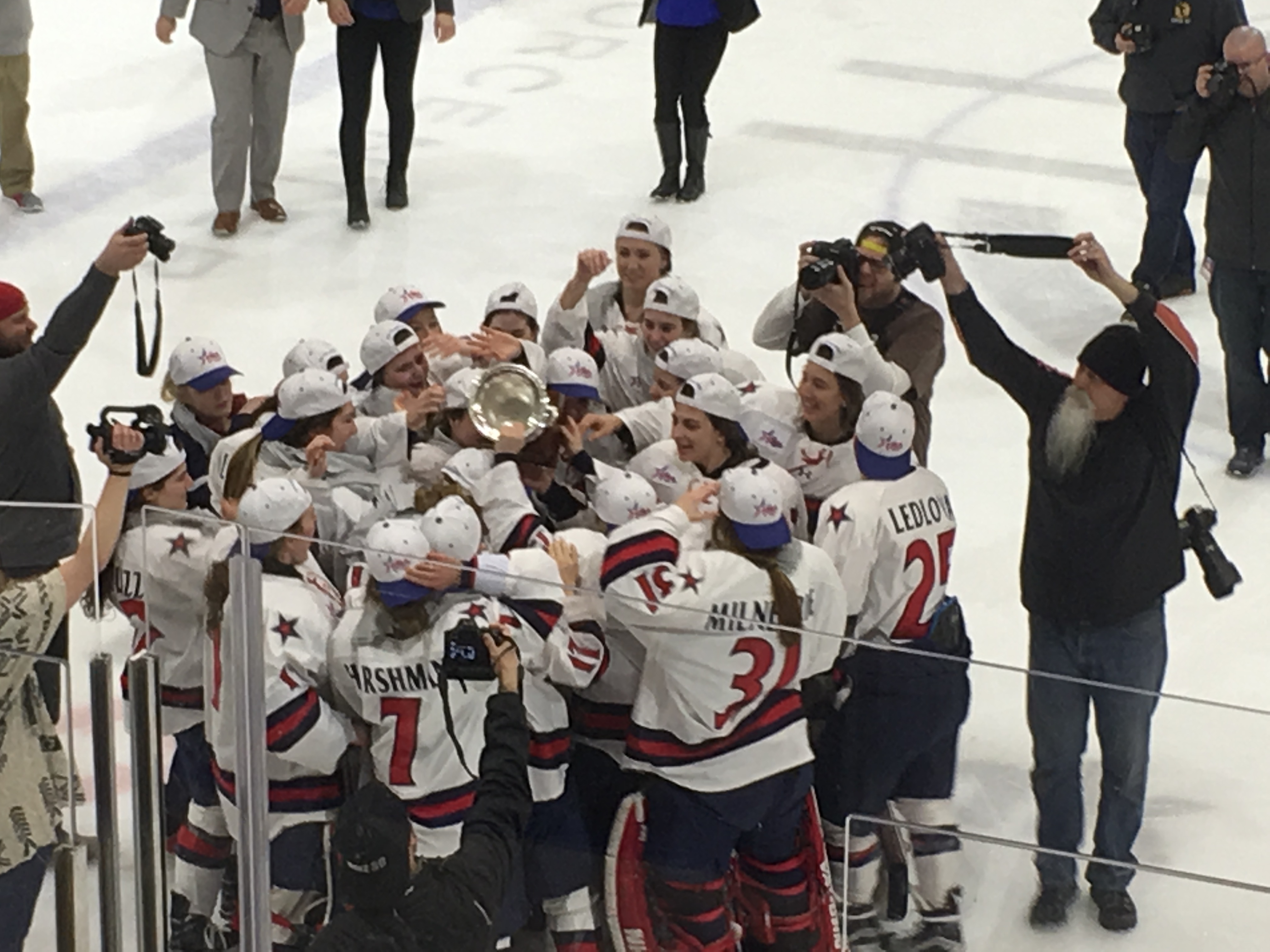 (Photo: Melissa Burgess) The Robert Morris Colonials built on a regular season in which they went 15-3-2 in conference play by capturing the College Hockey America championship on Saturday night. With their 2-0 win over the Syracuse Orange, Robert Morris captured the CHA conference title 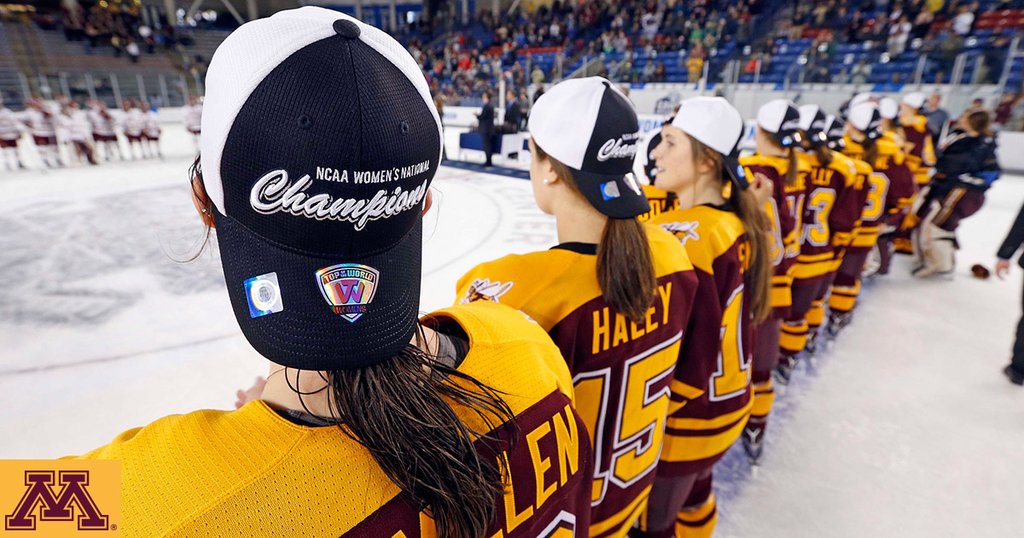 NCAA: The Graduates by Nicole Haase

Names and Legacies Women’s college hockey is cyclical. Women come in, play for four years, and move on. Unlike the men’s side, players don’t leave early. They play their four seasons of eligibility and end their careers. The biggest bump in that 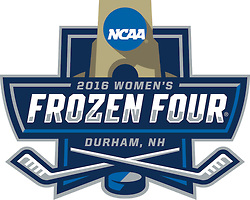 We've made it to the end! It's the Frozen Four. Two games to a National Championship. All games will stream online for free, per NCAA rules. Victory Press will co-host a live blog with USCHO. Look for details later on our Twitter: @thevictorypress [http://www. 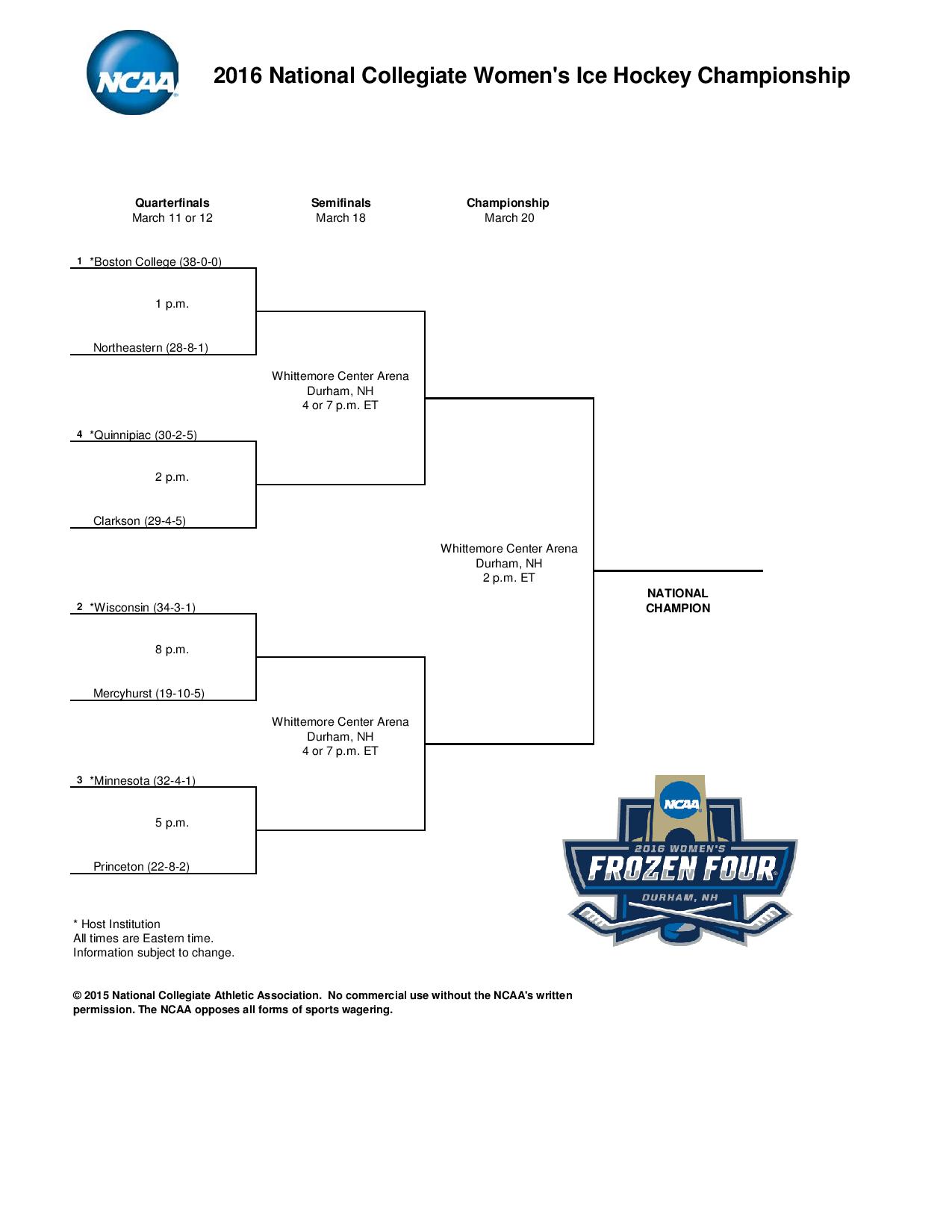 NCAA Women's Hockey: What to Watch, Week 26 by Nicole Haase

Come back each week for a breakdown of the most interesting upcoming games, how to watch or listen to them, and some thoughts on the movers and shakers of the previous week. We've made it to the NCAA Tournament! This week it's the quarterfinals. One