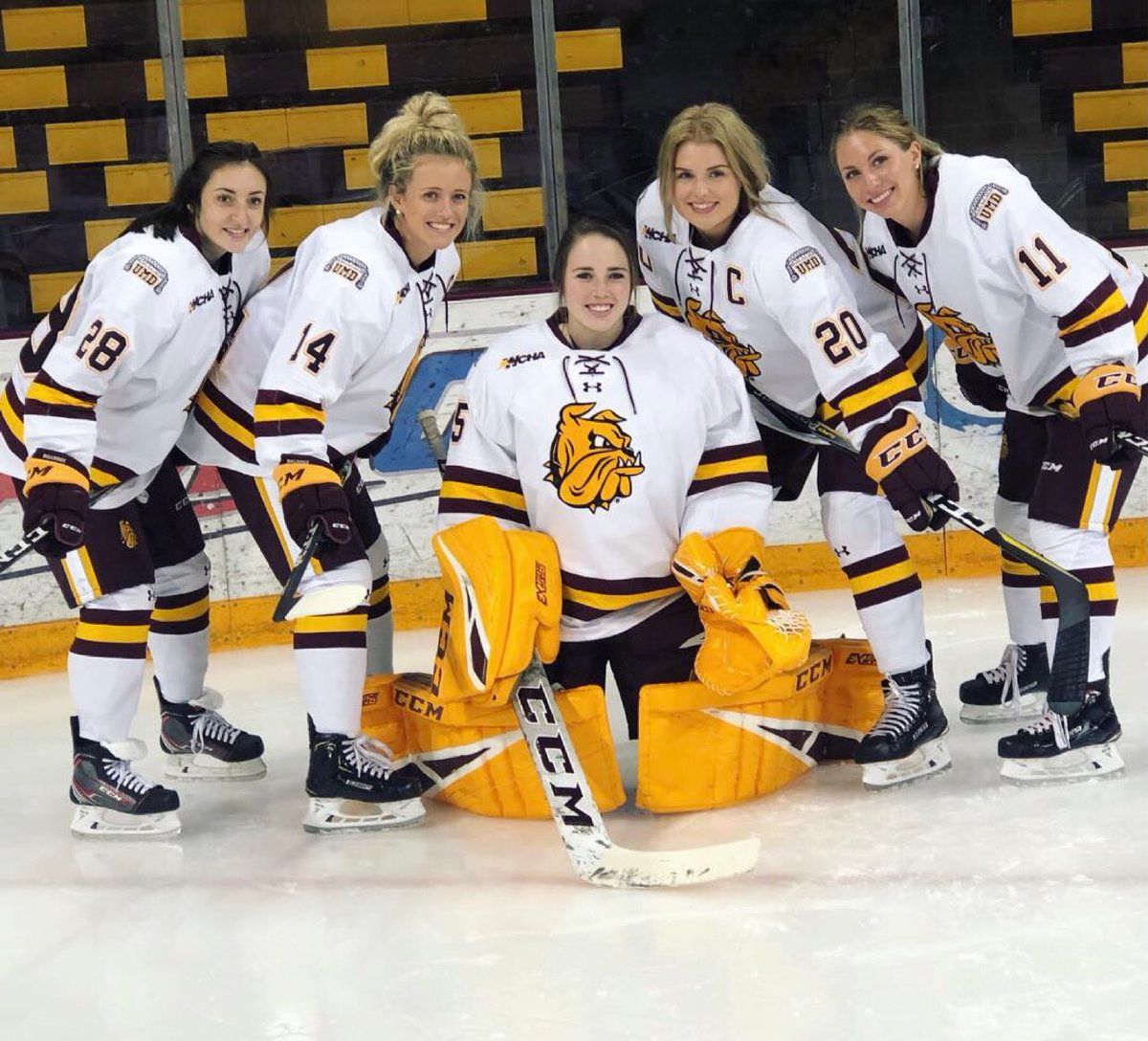 Last season, these two teams split their four-game series, with each team winning their home games.

Ohio State is coming off a disappointing weekend where they were swept by previously-winless Bemidji State. The Beavers had stellar goaltending, but also scored six goals in two games, the second-most the Buckeyes have given up all season.

Minnesota-Duluth has played the toughest schedule in the country so far, which helps explain why they're ranked with a 5-4-1 record. Duluth's strength starts in the back with Maddie Rooney, but they're also getting great offense from sophomore Naomi Rogge and freshmen Gabbie Hughes and Anneke Linser, as well as junior Ryleigh Houston.

Both teams will be fighting for position within the WCHA and every point will be important, maybe more so for the Bulldogs, who've already left a few more on the ice than they'd like. With the conference down to seven teams and the top team getting a bye, that opening round of the WCHA playoffs looms a little larger and the margin between positions is even thinner.

Emma Maltais leads the Buckeyes in scoring and her 15 assists lead the nation. Jincy Dunne has been providing amazing offensive support from the blue line and her 11 assists are good for third in the NCAA. Freshman goalie Andrea Braendli has been a huge part of Ohio State's early success. After losing Kassidy Sauvè to transfer, it was unclear who how the Buckeyes would fare in net. Braendli started the season sharing time with Amanda Zeglen but quickly took over the bulk of the work.

This should be a close meeting of two very good teams that bring similar talent to the table.

Watch: A paid stream is available on ESPN+. They have a free trial, or the cost is $4.99 a month.

Princeton currently sits atop the ECAC with Cornell, Colgate, and Quinnipiac just one point behind. It's clearly early – Clarkson has played just two conference games so far – but Princeton has put itself in a stellar position and they don't want to lose ground. They're playing both Colgate and Cornell this weekend.

The Tigers get Sarah Fillier back from Four Nations, which adds some pop to their offense. She and Carly Bullock account for a third of the team's points thus far.

Most impressively, Princeton has done this without goalie Steph Neatby, who was USCHO Rookie of the Year two years ago and a finalist for ECAC Goalie of the Year last season. She's missed the whole season so far with an undisclosed injury.

The Tigers are one of the most penalized teams in the country and are averaging more than 1o minutes in the box each game. That wouldn't be so awful, but they're also 19th in the country with an 87% penalty kill. They'll have to clean up their game if they're going to stay atop the conference.

Colgate has had a rough stretch, as they have gone 2-1-1 over the past two weekends through series that, on paper, probably should have been easier wins for the Raiders. They're looking to get back on track and back in the national rankings.

Sophomore Malia Schneider looks to be having a breakout season and she's leading the team with 13 points – more than half of what she scored through her entire rookie season. The MacKay twins, Eleri and Delaney, use their unique bond well on the ice and it's rare that one of them tallies a point without the other being involved.

Watch: It appears a free stream is available on Maine's website.

Northeastern is one of the biggest surprises of the season so far. They've yet to lose a conference game and have just one loss overall – to then 8/7 Colgate.

The Huskies have had a number of breakout performances this season. Sophomore goalie Aerin Frankel leads the country in save percentage and goals against average and she's the only goalie averaging fewer than one goal per game. Freshman Alina Mueller is tied for fifth in the country with 18 points and freshman Chloè Aurard is tied for 11th with 15 points. Sophomore Veronika Pettey also has 15 points, more than half what she scored all of last season.

The Huskies just bring a balanced, deep attack that has caused opponents a lot of issues. They're getting contributions across the roster and they're surprising teams with their speed.

After a strong start to the year, Maine has struggled with the start of their conference schedule. The Black Bears have a talented team stacked with international players who bring a maturity and different viewpoint to the ice.

Three different goalies have started games for Maine this season and if they have one question to answer, it's there. Finding consistent play in net has to be a focus for the Black Bears if they're going to make a run and be contenders.

It will be interesting to see how Northeastern's quick pace matches up against a Maine squad that moves the puck around quite a bit.

↑Bemidji State goalie Kerigan Dowhy – The sophomore was named the NCAA's 1st Star of the Week after compiling 70 saves against OSU while leading the WCHA with a 1.50 goals-against average and .959 save percentage.

↓Winless teams – Holy Cross, playing their first season in Division I, is the only team who hasn't tallied a win.

↑WCHA teams – They have played six of the nation's top-10 toughest schedules to date and there are four teams ranked in the top 10.

↓Ohio State – After being swept by Bemidji State, the Buckeyes dropped to seventh in the national rankings.

↑Minnesota-Duluth's Sydney Brodt – In the Four Nations Cup, the Bulldog forward's three goals were tied for most in the tournament and her five points were good for fifth overall. It was her debut with the senior National Team.