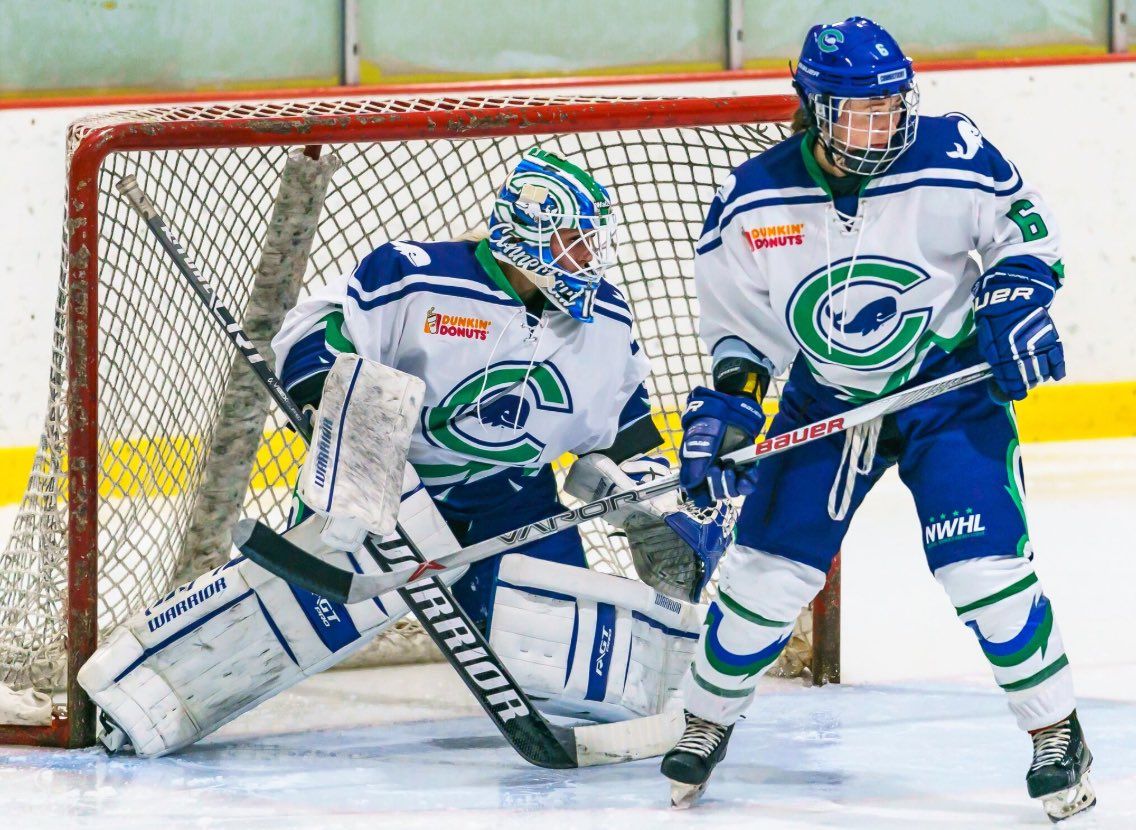 Four of the NWHL's five teams returned to action this past weekend, with the Boston Pride hosting the Buffalo Beauts for a pair of games, and the Connecticut Whale visiting the Metropolitan Riveters.

The Whitecaps have a league-best 23 goals-for and only nine against, while the Whale have scored only four goals. The Riveters have allowed a league-high 27 goals against.

The Whitecaps didn't play any NWHL games this past weekend, but did face Lindenwood University in exhibition, beating them 5-2. Lee Stecklein had a goal and assist, while Amy Menke scored twice. Meaghan Pezon also scored for Minnesota.

The Pride and Beauts split their weekend series, with Boston capturing a 4-1 win Saturday before Buffalo won 5-2 Sunday.

Jillian Dempsey opened the scoring Saturday with her first of three goals on the weekend. She picked the puck up in front of the net on a rebound to put Boston up 1-0 just 6:02 into the game. The Pride would hold onto that lead for the remainder of the first period, then go up 2-0 on a goal by Gigi Marvin who put it in from the high slot.

Hayley Scamurra finally put Buffalo on the board later in the second period, but Dempsey and Marvin would each add goals in the third period to seal the win for the Pride.

Katie Burt made 25 saves in the win, while Nicole Hensley stopped 22 of 26 shots faced.

Burt returned to the crease for Sunday's rematch, but faced Shannon Szabados at the other end of the rink. It was a very different game for Buffalo, who seemed more prepared and switched up all of their lines and defense pairings from the previous day.

Maddie Elia put the Beauts up 1-0 just over halfway through the first period, squeezing it in between Burt and the post. Scamurra then added a goal just 1:33 later, taking advantage of a Boston change and a turnover.

Just 3:05 after Scamurra's goal, Amanda Pelkey tallied a glove-side goal for the Pride on the power play. But Buffalo didn't back down, scoring twice more in the second period – with Elia tallying a power-play goal and Julianna Iafallo also scoring.

Emily Pfalzer potted her first goal of the season early in the third period on a shot from the point to make it a 5-1 game. Dempsey got one back for the Pride several minutes later on a backhand shot, but Boston was ultimately unable to mount a comeback.

Szabados had 24 saves, while Burt made 15 saves. Scamura led all players with four points (a goal and three assists), while Dana Trivigno had a whopping seven shots on goal. The win snapped Buffalo's three-game losing streak.

Dani Cameranesi was missing for both games, out with injury.

With her three-goal performance this weekend, Dempsey moved into second place in all-time points in the NWHL. She is 10 points shy of tying Brianna Decker (60 points) for the lead.  Decker also holds the record for all-time goals (28). Dempsey and Metropolitan's Madison Packer each have 24.  With Decker playing for the CWHL's Calgary Inferno, Dempsey (and Packer) may set new records before the regular season concludes.

The Whale finally got their first win of the season, with Meeri Räisänen notching her first NWHL victory in the 2-1 defeat of the Riveters.

Audra Richards put the Riveters on the board first, squeezing it through the short side with just over six minutes remaining in the opening period. It took less than six minutes, however, for the Whale to respond. In the final minute of play, Katerina Mrázová tied the game.

After a scoreless second period and much of the third period, Shannon Doyle scored the game-winning goal for the Whale. Räisänen stopped 27 of 28 shots faced, while Katie Fitzgerald allowed two goals on 20 shots faced.

Of note, the Riveters were missing Amanda Kessel, who was out with an injury.

There's only one game this coming weekend, with the Whale and Riveters rematching in New Jersey on Sunday at 2:00 PM Eastern.