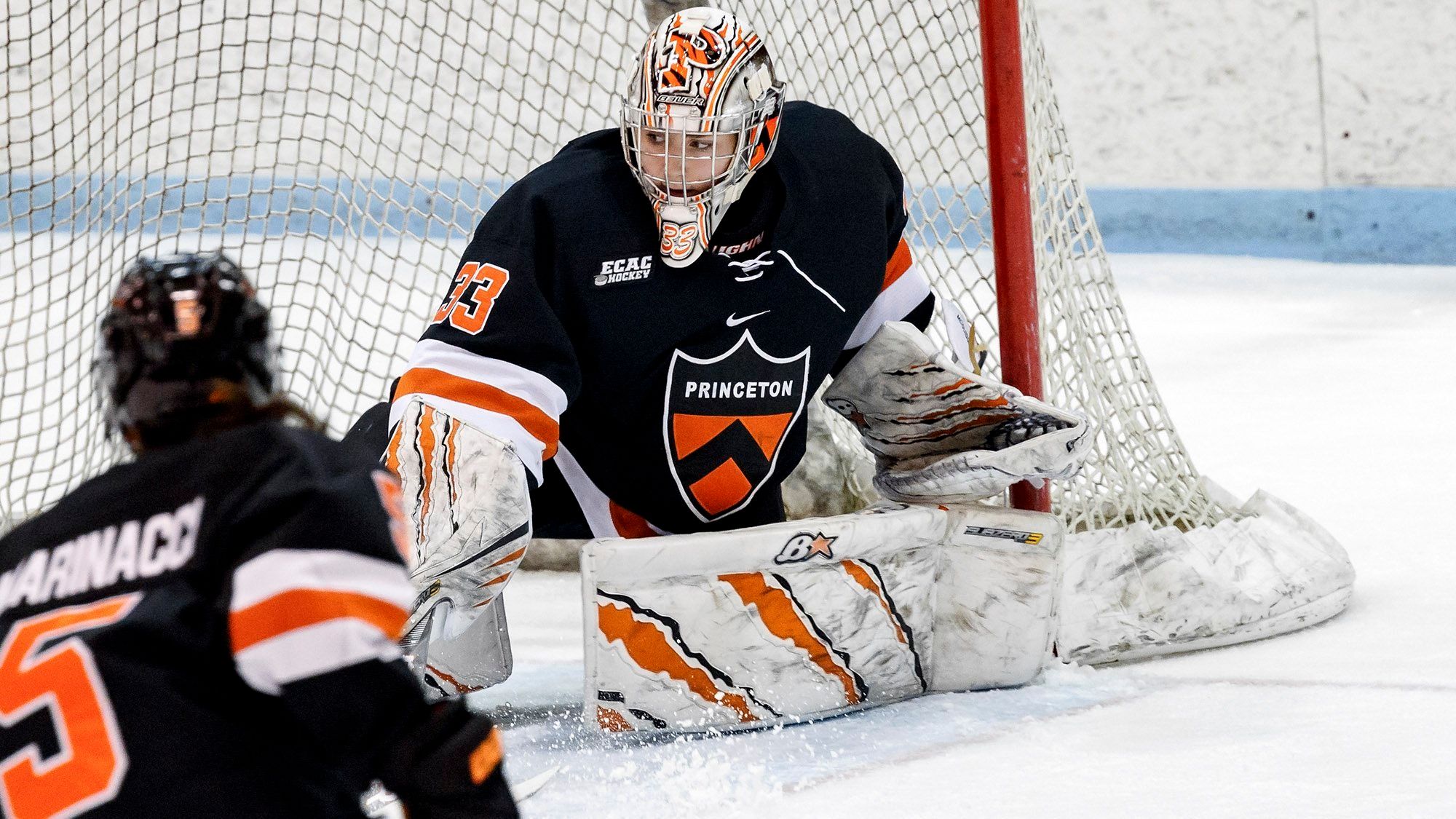 Watch: The game will be available through a paid stream via CBSSports.com

Boston College has been atop Hockey East for a few seasons now, but last season's early exit from the conference tournament has shown that most anything can happen.

Providence started strong, but was tripped up by Penn State and Northeastern in recent games. There hasn't been a lot of hoopla surrounding the Lady Friars, despite last year's successes. They seem to be a team that can surprise opponents.

The Friars ended up second in Hockey East last season, though they were 12 points behind Boston College and did not beat the Eagles in any of their three meetings.

Rookie Sara Hjalmarsson is second on the team, with eight points. She's been dynamic and fun to watch through the opening games for Providence.

Boston College won 4-1 over Connecticut and 5-1 over Holy Cross last week and all nine of those goals were scored by different Eagles. It was assumed that Daryl Watts and Caitrin Lonergan would continue to lead BC on offense, but they attack has been well balanced and coming from multiple lines, making Boston College difficult to beat.

Watch: A stream of the games is available via ESPN+.

It's early in the Ivy League season, but this far it appears that Harvard has improved significantly over the past two years. Princeton opened their season with two hard-fought losses at Wisconsin.

The Tigers have looked like a team that can compete for a top spot in the ECAC. It's assumed the Clarkson will remain in first, but there's a lot of room in the next few places for teams like Princeton, Cornell, Colgate and St. Lawrence to battle it out. On paper, Colgate and Cornell look like they may be stronger, but St. Lawrence seems to have taken that extra step this year and Princeton might be the dark horse.

Princeton freshman Sarah Fillier will being playing with Hockey Canada at the Four Nations tournament next week. She's the highest-scoring rookie right now, averaging more than two points per game.

Harvard is a team that was in the Frozen Four in 2015 and then won just give games during the 2016-17 season. They rebounded from that program low and have looked sharp early on. They're 1-2 so far, but their losses are to Colgate and Cornell, teams that should finish above them in the standings.

Because there will be so much talent vying for the 2-5 spots and those standings will determine playoff matchups, every point is going to matter for each of those teams. Harvard can prove a spoiler.

↑Northeastern - The Huskies have opened with a 6-0-1 record within Hockey East, the best start to conference play in the program's history.

↓Minnesota-Duluth – The Bulldogs dropped to 7th in the national rankings after a weekend loss to St. Cloud State.

↑Northeastern goalie Aerin Frankel – She leads the country with a 0.80 goals against average, a .968 save percentage, and three shutouts. (Among players with at least five starts.)

↓Wisconsin's Emily Clark and Minnesota's Sarah Potomak – Both players were removed from Hockey Canada's Four Nations roster due to injury. It's particularly upsetting for Clark, who is from tournament host city Saskatoon, Saskatchewan.

↑Minnesota State – The Mavericks are perfect on the penalty kill. They have not allowed a goal in 20 chances thus far this season.