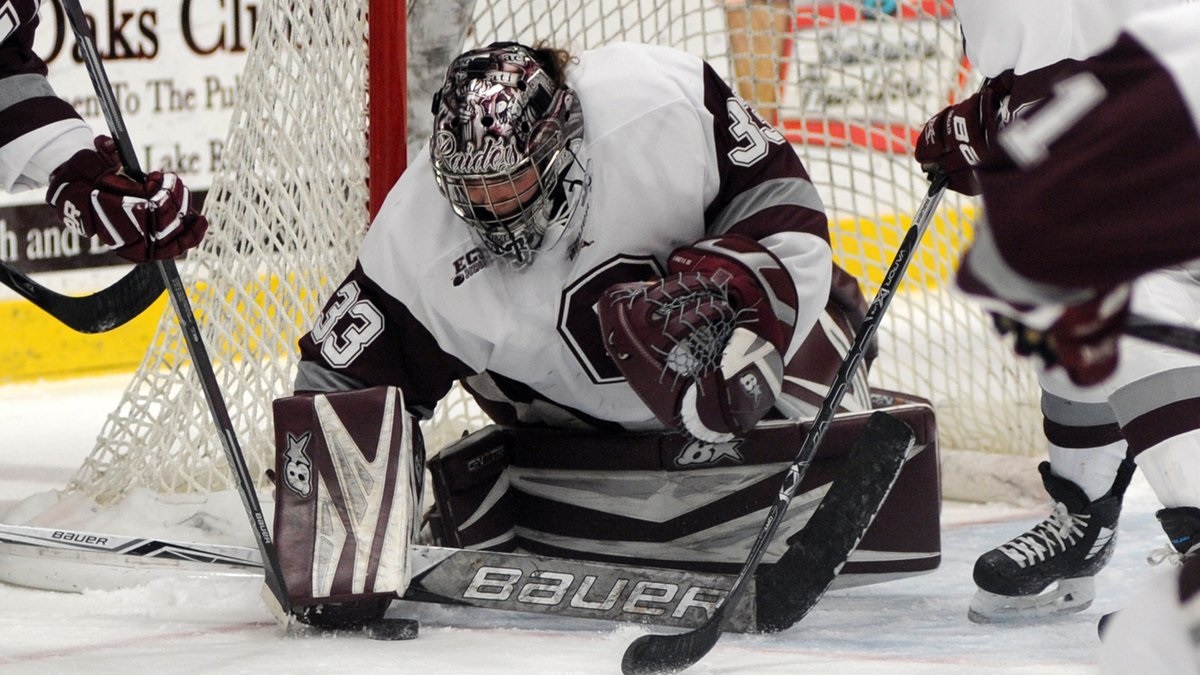 The four top ECAC teams meet up this weekend. In the interest of space and organization, I'll discuss the games in pairs based on who's hosting.

First up, Colgate gets St. Lawrence and then Clarkson. Colgate visited these two over the course of a weekend in late October, emerging with an overtime win against Clarkson and a loss to St. Lawrence.

Months later, Colgate continues to improve and has home ice advantage. I expect the Raiders will handle St. Lawrence this time. Colgate seems to really have settled into their game -- all facets are clicking and going well. St. Lawrence has struggled against the other top teams in the conference. They are, however, in striking distance of the no. 6 and no. 7 teams in the rankings, meaning a win in either of their games this weekend could be huge for them in RPI.

The game against Clarkson is going to be one of the best of the season. The teams are fairly evenly matched, though Clarkson is a bit more prolific on offense. This could come down to goaltending or whichever team is able to possess the puck more and get a shot advantage.

With free streams available, fans should definitely be tuned in, especially on Saturday, to see how this plays out.

Cornell feels like a team that hasn't quite figured out who they are. They've beaten top teams and tied Union. They upset Colgate, but lost to Quinnipiac and squeaked by RPI. They have to find consistency.

Early in the year, they were handled by Clarkson 6-0. Whether or not this weekend goes similarly depends entirely on the Big Red. They have the talent, but need to find a way to put it all together for two big games this weekend. Their spot in the Pairwise is precarious at best. Wins against either of these teams this weekend would earn them quality win bonuses that they desperately need.

The last NCAA spot is going to be hotly contested over the next couple of weeks and Cornell is the current front-runner, but they have to do better if they want to keep hold of it.

Watch: Fridays's game at BC available free on ESPN3. Saturday's game at Providence available on a paid stream from College Sports Live.

Boston College has looked as vulnerable as it has all season over the past two weekends. If nothing else, Northeastern and Vermont seemed to provide a bit of a blueprint for how to keep the Eagles' potent offense in check -- clog up the middle, disprupt passes, and keep up the pressure.

BC beat Providence 7-4 early in the season, but it's unlikely we'll see a similar score this weekend. The Lady Friars are another team that's still looking to find their identity and has been a bit inconsistent. There's a lot of talent there and if they can put that together with a game plan built off tape from the past two weekends, they have a shot to really push BC and earn some confernece points this weekend.

↑Ohio State -- The Buckeyes earned their first-ever sweep over Minnesota last weekend. OSU is well on their way to setting multiple program records. They have not finished with a winning league record since the 2006-2007 season. They are currently 10-2-4 in the WCHA.

↓Minnesota -- The Gophers dropped to seventh in the polls after losing to Ohio State over the weekend. Best I can tell, the last time Minnesota was ranked this low was January 10, 2011. They made it to the NCAA tournament that year, but lost in the opening round to Boston College.

↑St. Cloud State Freshman Janine Alder -- The sophomore became the first-ever Husky to be named to an Olympic roster as she joins team Switzerland in Pyeongchang.

↓Understanding of what the postseason will look like -- Grant over at BC Interruption continues to follow the very unclear effects of postseason rule changes that could mean DII Saint Anselm's inclusion in the rankings could change who has the highest RPI.

↑NCAA players at the Olympics -- By my count, there are 10 current and 53 former NCAA DI players on the five Olympic rosters that have been announced -- all 23 USA team members, 21 from Canada, eight from Finland, six from Switzerland and five from Sweden.

↑Vermont -- The Catamounts are eighth in Hockey East standings, but upset Minnesota two weeks ago and gave BC all they could handle last weekend. Vermont is possibly the scariest team on ice right now.