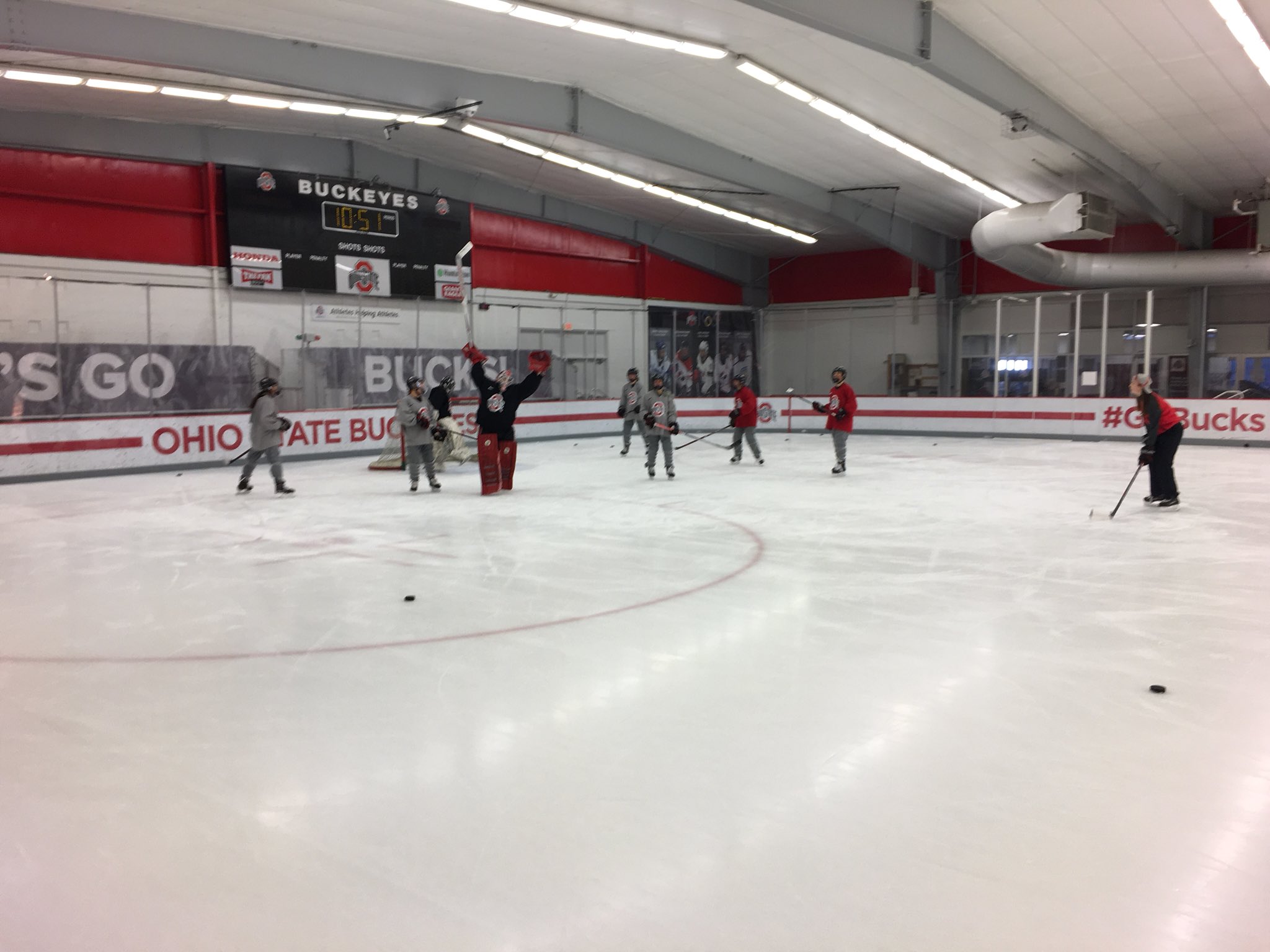 This could be one of the more interesting series of the season, mostly because it's a bit impossible to have any idea which way it will turn out.

Ohio State basically announced themselves as a team to be reckoned with, via a win and a tie with an eventual shooutout win at Minneapolis during the first week of October. It was a springboard for the Buckeyes, whose early success has kept them in the polls ever since. Recent losses to Mercyhurst and Penn State as well as a series with two ties to St. Cloud State make it unclear which team is the real Ohio State -- the one who can topple Minnesota, or the one who struggled against these other squads.

After a rough start, Minnesota seemed to be getting back on track and had a nine-game winning streak from early November through December 1. Since then, it's been a slightly rockier 4-2-1, including a fairly shocking 4-2 loss to Vermont last weekend that was mostly salvaged in the final frame. The Gophers rebounded with a 5-1 win in game two of that series, but that shaky performance is enough to make the waters rather muddy in terms of where each of these clubs actually stand.

Watch: Streamed for free on ESPN3.

Last weekend, Northeastern upset the Eagles in fairly convincing fashion by neutralizing the potent BC offense through clogging up the middle and foiling their usually above-average passing. The loss showed BC's vulnerability, and if there ever were a Hockey East team that loves to play spoiler and push teams that are ostensibly above them, it's Vermont.

As noted above, the Catamounts are coming from a big win over Minnesota. Last year, the Catamounts beat numerous ranked teams and pushed BC into overtime twice, including in the Hockey East tournament semi-finals.

Alwyas seeming to be on the verge of taking the next step, Vermont is one of those teams that is sneaky-good and should leave opponents wary -- and that was before last week's win over the Gophers.

Harvard sits at 8-8-1, but six of their losses are by two goals or fewer. In the past few weeks, they've pushed both Cornell and Colgate to slim one-goal wins. The pieces have been coming together for the Crimson, and now they're just four points behind St. Lawrence in the ECAC. Harvard is currently seventh, but has the opportunity to move up and host a first-round conference game.

St. Lawrence has slipped down in the national standings, but is still just three points off the top spot in the ECAC.

↑Ohio State's Emma Maltais -- The freshman leads all WCHA scorers with 30 points on 10 goals and 20 assists in 22 games.

↓Robert Morris -- The Colonials fell out of the national polls and now sit in second place in the CHA, thanks to three straight losses: one to Syracuse and two at the hands of Ohio State.

↓Boston College -- The Eagles suffered their second loss of the season and their first in-conference at the hands of Northeastern last weekend. The Huskies had a chance at a weekend sweep before BC's overtime win in game two.

↑Northeastern -- The Huskies now have wins over the no. 1 and no. 2 ranked teams in the country after last week's defeat of Boston College.