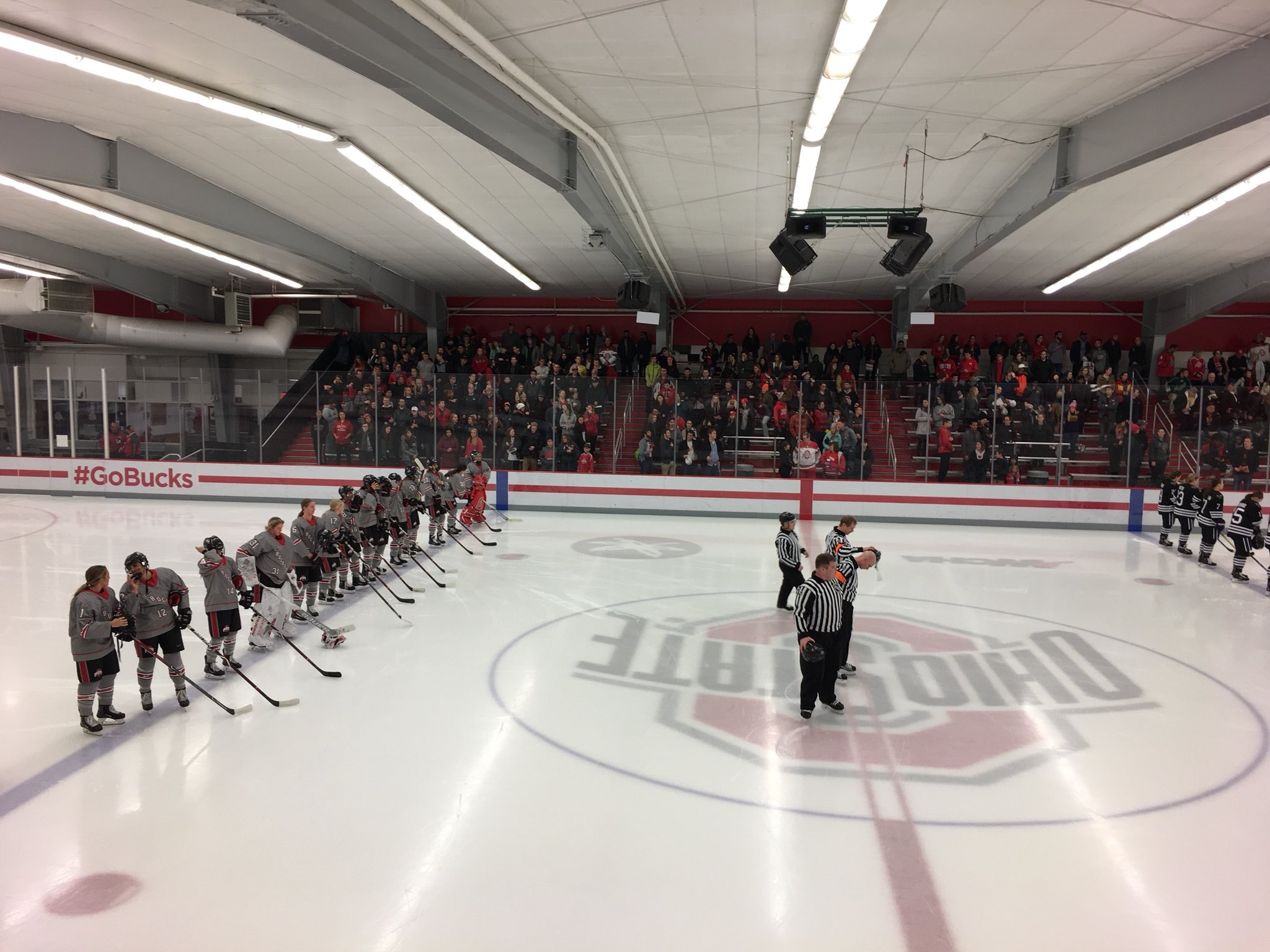 Providence currently sits atop Hockey East and Cornell is tied for the top spot in the ECAC. In a two game series, I think we'll see a split and some of the most evenly-matched hockey of the season. Both squads, should they not win their conference's auto-bid, will be on the cusp of NCAA tournament discussions. Providence, particularly, could use the quality win points up for grabs this weekend.

Providence goalie Madison Myers has been a bright spot for them this season and Christina Putigna is averaging more than a point per game on offense. For Cornell, Kristin O'Neill is following up a stellar rookie season with similar output this year.

With a two game series, I expect to see quite a bit of competition and an interesting 120 minutes of hockey.

Ohio State has had a rough few weeks since their disappointing series at Madison. They are looking to get things back on track and start building some momentum that can carry them through the second half. Their early success if only going to carry them so far and others are going to be able to close the gap they've left.

Robert Morris has been cruising this season, continuing the program-best season they had last year. For the Colonials, the focus is on getting better to help make them more competitive when they make it to the post-season. A down year in the CHA isn't giving them a lot of challenge, which leaves them vulnerable when they get to the NCAA touranment and likely have to face the No. 1 or No. 2 team in the nation.

RMU struggles to get national recongition because of the opponents they normally play, so wins over the Buckeyes would do a lot for their confidence and their perception. Like Providence, Ohio State would likely benefit for the quality win points they could earn this weekend.

Ohio State could really use the boost these wins would give them.

The best women's hockey games in the country this weekend are being played in Divison III this week. Four-time defending national champion No. 2 Plattsburgh is hosting No. 3 Elmira, No. 4 Adiran and No. 6 Middlebury for a tournament. The four teams lead the country in goals allowed, all at 0.83 or less. They all average three or more goals scored per game. There's a free stream on Plattsburgh's website.

↑Bemidji State's Sylvia Marolt -- The junior had played 41 games without a goal before scoring in back-to-back games vs No. 5 Ohio State last weekend.

↓Clarkson -- A loss to Quinnipiac on Friday puts them at 2-2 over their last four games.

↑Colgate -- The Raiders continue to set new program standards, moving up to No. 2 in the polls this week after being No. 3 last week and No. 4 the week before.

↓Harvard -- The struggles continue for the Crimson, who lost to Holy Cross and followed that up with an 8-1 loss to Boston College earlier this week.

↑Holy Cross -- The Crusaders won their program's first-ever Division I game last weekend with a 2-0 victory over Harvard. Holy Cross will become a member of Hockey East next season and is playing a transition schedule this year.

↑Clarkson's Michaela Pejzlova - The sophomore has come into her own this season, scoring at least one goal in each of the Golden Knights' past seven games.