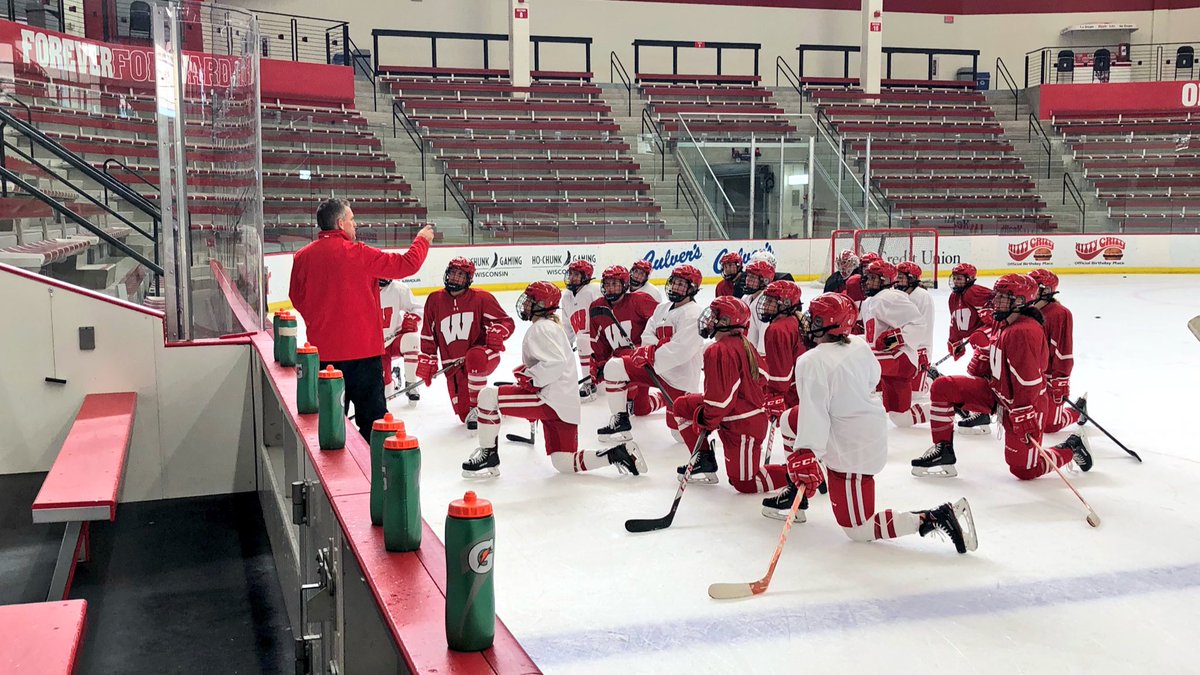 Watch and listen: Online streams available through BTN Plus at $9.95 a month. Free radio stream on Saturday through IHeartRadio.

Two undefeated teams take the ice in Madison this weekend for the top spot in the WCHA. The Badgers hold a single point edge over the Buckeyes six games into confernece play.

The Badgers have been nearly unbeatable at home -- they haven't lost there in nearly a year. Wisconsin's home unbeaten streak is up to 18 games. In the stretch, UW has outscored its opponents 90-11, averaging five goals per game.

Wisconsin captain Claudia Kepler will be playing her former team. The transfer left Columbus two years ago and spent a year as a red-shirt before hitting the ice for her hometown Badgers in her senior season.

These appear to be two evenly matched teams, though Ohio State has been something of a surprise this season. After starting last season 3-4-1, they are one of just three undefeated teams left in the NCAA. Their 7-0-1 record is the best start in Buckeye program history. They are outscoring opponents 30-11 and are averaging 3.75 goals per game.

Meanwhile, the Badgers' 12-0-0 record is a second-best in program history. Many expected to see a drop off from the Badgers after losing so many key pieces to graduation and the Olympics. Instead, nearly every Badger has tallied at least a point and they are averaging 3.58 goals per game on offense while the defense has only allowed an average of 1.00 goals per game.
This is by far the biggest series we've seen so far this season and should be well worth the $9.95 to watch.

New Hampshire currently sits atop Hockey East with eight points through six games. Though it's obviously still early, if they want to stay in contention at the top of the confernece, they need to pick up points against teams below them on the table. Vermont has a strong squad with a lot of returners, but hasn't been as strong as I thought they would be out of the gate.

This is a two game series in New Hampshire and should help give a clearer view of where each team stands as we start November. The Wildcats have to be able to handle opponents like Vermont at home.

Watch: Paid stream available through the Ivy League Network. $10.95 for a monthly pass.

The Big Red are just getting into their season as the Ivy Leagues don't start athletics until the end of October. They started with a promising win over (7) St. Lawrence before (2) Clarkson put a 6-0 drubbing on them.

Expectations are high for Cornell this year and they have to bounce back with two wins this weekend to keep pace in the ECAC. Not only do they need to show they can bounce back from that loss, but on paper, they have the talent to take down both Quinnipiac and Princeton.

Both their opponents are teams that can be quite dangerous, but look to be having somewhat down years in their program. But neither can be overlooked or taken lightly. Cornell will look to use home ice to their advantage and rack up some much needed conference points this weekend.

↑Boston College freshman Daryl Watts -- A repeat on the list from last week, she was named Women's Hockey Commissioners Association National Player and Rookie of the Month for October.

↓Northeastern -- The Huskies looked to have the roster to put pressure on BC for the top spot in Hockey East, but they dropped out of the national polls this week after being swept by Providence.

↑Dartmouth goalie Christine Honor -- Honor earned her first career shutout against Quinnipiac last weekend. Her 61 saves were a career-high, a program record, and, best of all, an NCAA record for most saves in a shutout. It was also the first time Dartmouth beat Quinnipiac since 2013.

↓Brown -- The Bears have only had four games in their season so far, but they are our only winless team so far.

↑Wisconsin - The Badgers completed their first sweep at Minnesota since the 2006-07 season and only their third road sweep of the Golden Gophers in school history.