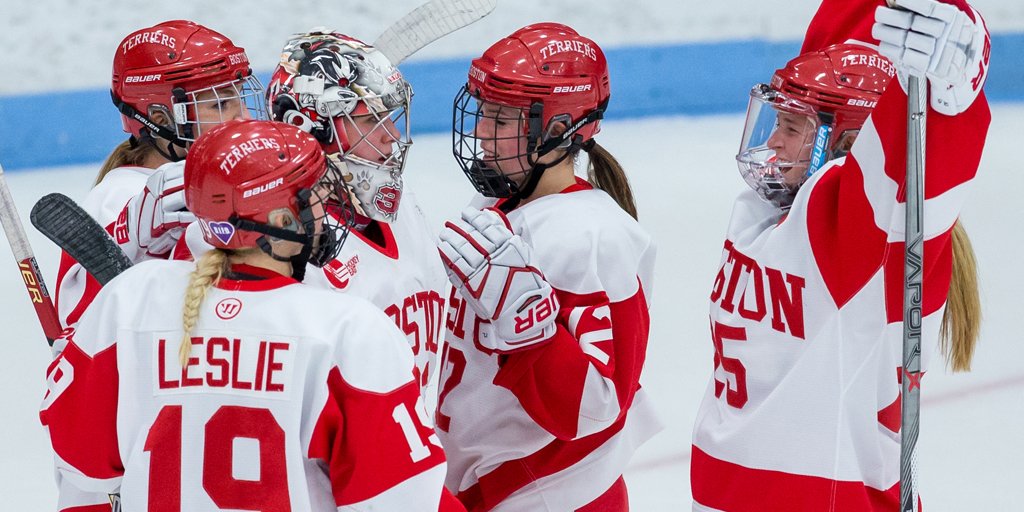 Watch: Both games will stream free at GoTerriers.com/TerriersTV

With BU struggling, this isn't as exciting a matchup as it may have looked at the beginning of the season. Be that as it may, fans have been clamoring for the top teams in the East and West to meet up, so games like these are exciting to see, regardless of the reason.

Minnesota is coming off an 8-2 loss to Wisconsin and will be pushing to get better results heading in to the break. That was a bitter pill for them to swallow and they want a better memory for that long month off for winter break.

Boston University has had some bumps in the road and will be looking to prove themselves against one of the strongest teams in the country.

It's a light week on the game slate, but this matchup could be interesting, because the two teams tied earlier in the season. Kassidy Sauve has been lights-out for the Buckeyes in net and Sunday's contest notwithstanding, the Badgers have found it difficult to score at times this season.

Wisconsin wants to build momentum after their big win over Minnesota, and to keep it going heading in to the second half of the season. Ohio State wants to play spoiler and continue to prove that they're a program to be reckoned with.

Syracuse and Clarkson, home and home

Watch: The game at Clarkson will stream for free here.

Syracuse hasn't beaten Clarkson since 2010 and has just one win against them overall, but Clarkson has shown that they aren't perfect this season. Syracuse is up and coming and could stage an upset. Plus, it's a free stream!

↑Ohio State's Kassidy Sauve -- The redshirt sophomore has been having a ridiculous season returning in net for Ohio State, as they're at 12 games without allowing a power play goal. Sauve has nearly 100 more saves than any other goalie in the country -- while the volume of shots she's facing is huge, she's got a .952 save percentage and is allowing just 1.73 goals per game.

↓Minnesota -- The 8-2 loss to Wisconsin on Sunday was the first time they'd given up eight goals since 1999. The backup goalie they put in for the third period was one year old at the time. Sarah Nurse tallied Wisconsin's first-ever hat trick against Minnesota. It was the most goals Wisconsin ever scored against Minnesota and the widest margin of victory.

↑Minnesota State -- The Mavericks have already surpassed last season's win total and have more league wins than they've had since 2013.

↓St. Lawrence -- The Saints managed just a tie and a loss against Clarkson this weekend, which was their first loss of the season. That dropped them to a tie for fourth in this week's polls.

↑Vermont -- The Catamounts upset 10th-ranked Northeastern last weekend to give them two wins and a tie with the Huskies this season. It's the first time in program history that they've had three wins over ranked opponents in a season.