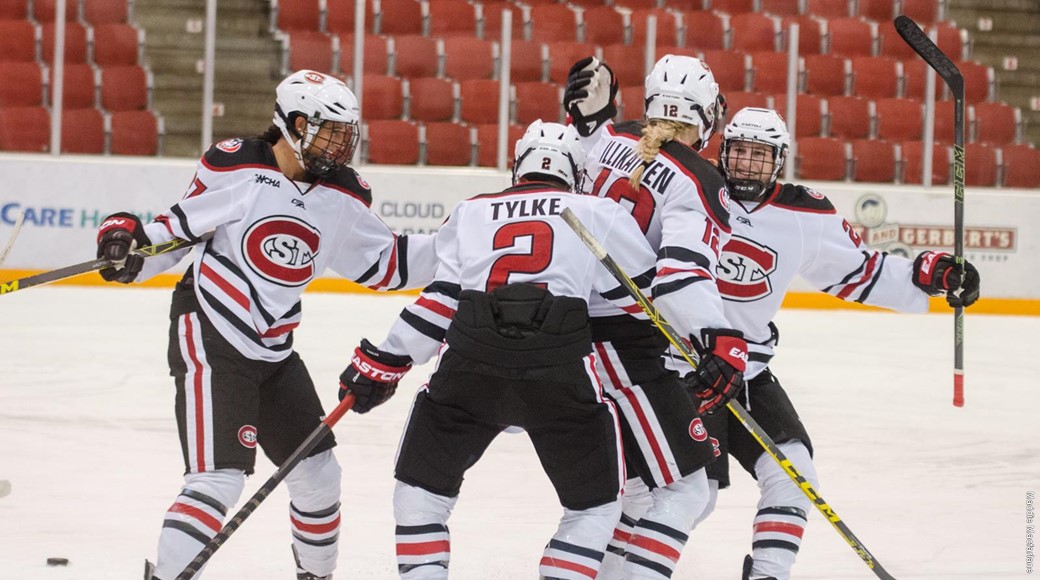 Watch and listen: Video is available online from BCEagles.com. It's $6.95 for 24 hours or $10.95 for a monthly recurring pass. Northeastern has this link up for audio, but the page is blank. Check it again on Saturday.

Boston College came out on top of the first meeting last week, but Northeastern has the Eagles at home this time.

The Huskies held Alex Carpenter off the board while Kendall Coyne scored the first goal of the game for Northeastern and Denisa Krížová had two assists.

The two teams were even through two periods, but the Eagles pulled away with a three-goal third. Northeastern did a good job keeping BC's top threats off the score sheet, but the Eagles' depth carried the day.

It's not a lot of time to adjust or re-group, but I'm going to optimistically pull for Northeastern in this game. Home-ice and a chip on their shoulders from that third period will definitely fuel the Huskies.

They've got a lot to make up for after losses to BC and Harvard. How they respond to this past week will show a lot about them down the stretch, I think.

It's a good week for east coast schools versus so-called "west schools." These series are key for folks trying to predict the post-season -- with so few series among teams across the country from each other, it's nice to look at teams that the top 10 had as common opponents.

Dartmouth is sitting third in the ECAC, one point behind Harvard and three points behind first-place Quinnipiac.

Wisconsin has shown a depth they haven't had for a few years, averaging more than five goals a game and seven players with a point or more per game.

Defensive injuries have forced coach Mark Johnson to be creative with his pairings, but junior Mellissa Channell is expected to return to the ice this series. The stability and confidence of the top pairing should free up junior Jenny Ryan even more. Ryan is the best-scoring defender in the country.

There's a small concern that Wisconsin overlooks this series in anticipation of next week's match up with rival Minnesota, but Johnson and his staff preach focusing on one game at a time and never preparing for an opponent differently, so don't expect the Badgers to fall into that trap.

↑St. Cloud State -- The Huskies swept Ohio State and sit firmly in fifth place in the WCHA, with five more points than OSU and Minnesota-Duluth. SCSU has swept their past two series and is the longest win streak since they won five in a row in 2008.

↓Clarkson -- The Golden Knights have been inconsistent and need to find production beyond their top line to be able to guarantee they're in the post-season conversation.

↑Boston College's Tori Sullivan -- The sophomore scored two goals in the Eagles' win over Northeastern, doubling her season total and showing the depth of the BC threat.

↑Quinnipiac -- The Bobcats took over first place in the ECAC after an upset of Clarkson and a 5-0 win over St. Lawrence.