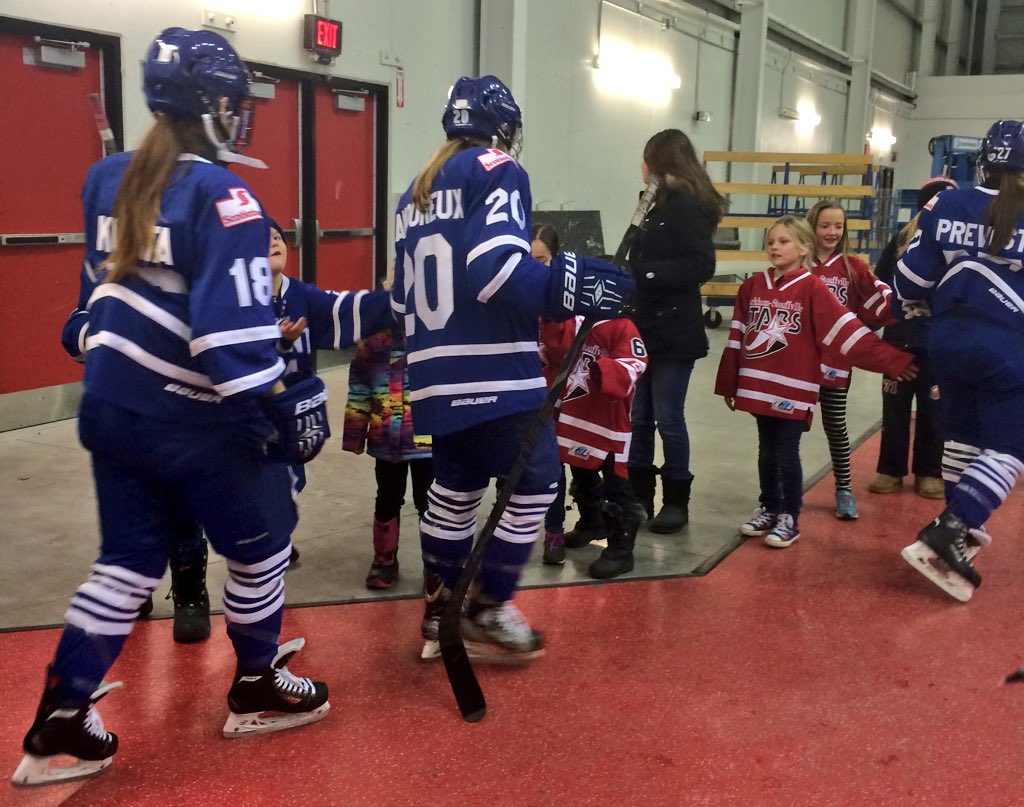 This past weekend of CWHL action featured two sweeps, with Calgary defeating Toronto and Brampton earning its third and fourth consecutive wins over Boston.

Calgary won both games to sweep the Furies, and stayed best in the league standings. But the games were close, featuring a 3-0 and a 3-2 win for the Inferno.

"Honestly, I think it was my team’s best weekend of hockey for this season," Furies head coach Sommer West said. "If I had to go back and look at it, they had a fair amount of chances, but I feel we did as well."

Hayley Wickenheiser had three points in Calgary's 3-2 win. Six different players scored goal for the Inferno, who are first in the CWHL.

Delayne Brian made 25 saves in Calgary's shutout win, while Christina Kesler made 24. On Sunday, Brian made 30 saves in the 3-2 win, while Kesler had 39. Natalie Spooner scored both goals for the Furies.

The Furies have struggled this season, but are starting to get healthier. Jule Allen and Jenelle Kohanchuk are still out, but Kelly Terry returned for her first weekend of the season.

"I think on Sunday she played really well and you could see that she was turning that corner," West said. "It won’t take her longer to get back into game shape and have that puck on her stick...it just takes timing."

The Blades and Thunder faced off for their second series in as many weeks. Brampton swept Boston, and now has four consecutive wins against the Blades.

The Thunder won by a combined score of 12-1, including a 9-1 win on Saturday. Candice Styles and Laura Fortino both finished the weekend with four points each. Erica Howe and Liz Knox split the starts for Brampton.

“Our power play was great," Brampton coach Tyler Fines said. "We moved the puck well and we shot the puck from the everywhere. Obviously [Genevieve] Lacasse is probably one of the best goalies in the league, so you got to get to her early. Obviously shooting from everywhere, she has to change her style of play bit and kind of open up some holes on her and we were able to capitalize.”

Lacasse made 66 saves on the weekend and faced 79 shots. Megan Shea scored Boston's only goal.

Boston is still winless in regulation, while Brampton is now second in the league, only two points behind Calgary.

Fines said the team's mental toughness has improved the most over this season.

"Their willingness to learn and to listen -- also just our overall team play -- has been a huge improvement from the first weekend when we lost to Montreal both games," Fines said. "We’ve really focused on becoming a better hockey club and we’re not going to settle for mediocrity.”

↑ Health: There were a few key returns for teams this weekend, as Sadie St. Germain returned for the Blades. Toronto got a big boost from the return of Kelly Terry, one of their better players from last season.

"I think one of the biggest things was, we ended up getting some people back from injury, some people were feeling a little bit more healthy after the two weeks off," West said.

↑ Candice Styles: The Brampton Thunder are quietly second in the CWHL, and Candice Styles has been a big part of that. Styles is tied for second in Brampton's scoring lead.

"She only had two points last year; she’s already got nine or 10 points already, so she’s becoming a really good leader on the first line," Fines said.

↑ Brampton: After a difficult season last year, the Thunder cleaned out the bench and hired a new coach. Now, the Thunder are second in the league after defeating Boston in four games in a row. The Thunder did fall to Les Canadiennes, but that was their first weekend of the season. Brampton's series against Calgary next weekend will be a big test.

↓ Scoring: Outside of Brampton's nine-goal game last weekend, the scoring output has dipped league-wide. That was mostly thanks to Toronto, which held a very deep Calgary team to six goals on the weekend.

↓ Toronto's power play: The Furies have the league-worst power play, converting 4.76 percent of their chances. So far, the Furies have scored twice on the advantage, but the team's offense has struggled as a whole.