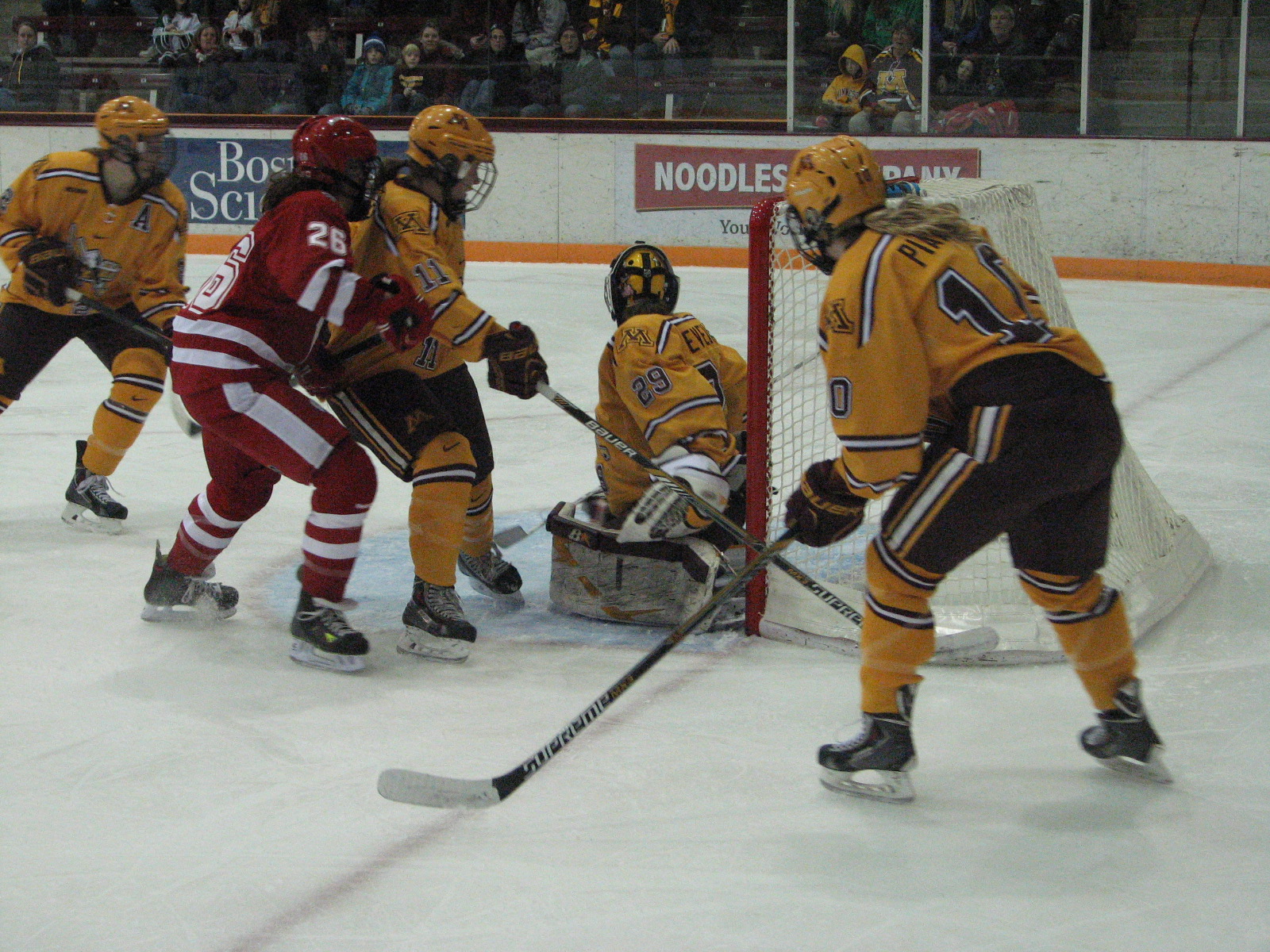 Bemidji State pulled the upset of last season when they eliminated Minnesota in the semifinal of the WCHA Final Faceoff. The Beavers seem to manage to give Minnesota problems, regardless of the teams' records.

The Gophers have four of the country's top ten scorers, with Hannah Brandt, Sarah Potomak, Dani Cameranesi, and Kelly Pannek -- but Bemidji goalie Britni Mowat is one of the best in the game and holds a .961 save percentage thus far this season.

Brandt has been sitting at 99 career goals for a few weeks, now as injuries have been an issue. Minnesota took one of their byes this past weekend, so it'll be interesting to keep an eye on Hannah and the team as a whole to see how they hit the ice after the break.

Bemidji is currently in second place in the WCHA (behind Wisconsin) with a one-point lead over Minnesota in third place. It's a promising position for the Beavers. Though it's still early in the season, home-ice advantage in the playoffs looks like an easily attainable goal.

Watch and listen: Friday's game will not be streamed. Saturday's game is available via the Ivy League Network. It's $15.95 for a league-wide month subscription, $10.95 for a single school's monthly pass, and $9.95 for a single event. The 4-month league pass is on sale for $39.96.

Princeton has been quietly putting together one of the better seasons thus far, but Quinnipiac will be their toughest challenge yet and are a good barometer for where the Tigers really are.

They'll have to figure out a way to corral Bobcat sophomore Taylar Cianfarano, who was in national Rookie of the Year conversations last year and is tenth nationally in goals scored thus far.

Freshman Melissa Samoskevich provides some more depth for Quinnipiac and goalie Sydney Rossman has a .909 save percentage. They're putting out a balanced team, as they sit at eighth in team offense and seventh in team defense.

For Princeton, they've got the country's number two penalty kill at 96.3%. Sophomore goalie Alysia DaSilva is the number three goalie in the country, allowing just over a goal a game.

The Tigers aren't going to overwhelm anyone with offense -- no one on the roster has more than seven points. But they've lost just once; a 2-1 game against Cornell.

↑Ann Renée Desbiens -- It's a repeat for ARD on this list, because if she makes it 7 minutes and 41 seconds into Wisconsin's Friday night game at Minnesota-Duluth, she'll break fellow Badger Jessie Vetter's NCAA (men's or women's) record for the longest scoreless streak.

↑Bemidji State -- The Beavers are currently ranked 5th in the USCHO poll and 4th in the USA Today/USA Hockey Magazine poll -- the highest ever ranking for the program.

↓Clarkson -- The Golden Knights are standing at fourth in the polls, but haven't gotten the results they'd have liked the past two weekends. A tie with No. 8 Harvard, a loss to No. 10 Dartmouth, and a loss to unranked RPI have them sitting in the bottom half of the ECAC.

↑Undefeated and winless teams -- Wisconsin and Boston College stand as the only two teams who have yet to suffer a loss. Minnesota State and St. Cloud are two of the winless squads, but they play each other, so someone will leave happy. Same goes for Sacred Heart and Brown, who face off on Saturday, and Colgate and RIT, who play on Friday and Saturday.