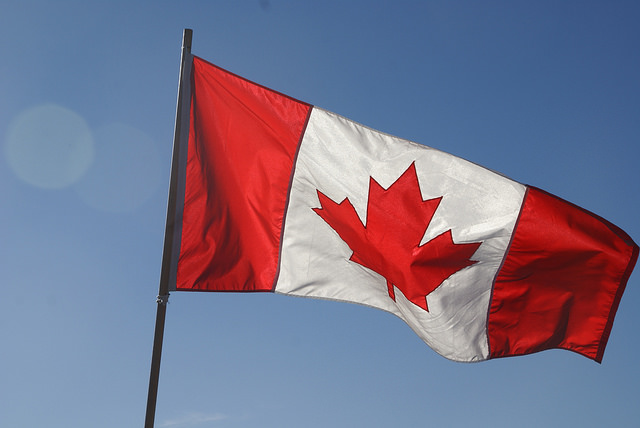 As the Four Nations Cup approaches, it’s important to note that Team Canada has won 14 of its 19 tournament gold medals, including the last two tournaments in Lake Placid, NY and Kamloops, BC. At least, I suppose it is. The United States (and Sweden and Finland, no doubt) would probably prefer to forget about them.

But that’s beside the point. The point is, Canada goes into this tournament in Sundsvall, Sweden as the team to beat, and with a roster that seems to have placed an emphasis on developing a new crop of players who are either still competing in college or who have begun forging a career in the Canadian Women’s Hockey League. This makes sense, since the tournament is a brief, great way to pad the international season and keep national team players active.

Just as Team USA is heavily stocked with representatives from the new National Women’s Hockey League, the CWHL covers more than half of Team Canada’s roster (about 13 of 22 names). The surprising part, perhaps, is that both Olympians who remain on the Boston Blades -- Tara Watchorn and Genevieve Lacasse -- won’t be in Sweden, but in their places are players like Halli Krzyzaniak, Brigette Lacquette, and Emerance Maschmeyer, all of whom could be part of the new era of Team Canada.

Here’s the roster broken down by position:

Holy Sarahs, Batman. I’d love to see three of them on a line together, to be honest. Besides that, CWHL fans might notice an awful lot of Calgary Inferno in this forward corps. Five of these 13 forwards -- Bram, Campbell, Davis, Saulnier and Turnbull -- are members of the yet-undefeated Inferno, the team with perhaps the most offensive firepower in the league.

Campbell has two goals in her only two games thus far this season, but she should hit her stride soon enough once she rejoins the roster. In fact, the only player without a goal from the quintet thus far is Bram, and she's unlikely to be held off the score sheet much longer.

Sarah Potomak is an excellent playmaker, with 19 points in eight games as a member of the high-powered Minnesota Golden Gophers. She'll make her debut with the National Team as the youngest player on the roster.

Meanwhile, Americans might notice an ominously familiar name: Marie-Philip Poulin, the forward who dashed their dreams of Team USA’s first Olympic gold medal since 1998 last February, is the captain of this young Canadian squad.

Rebecca Johnston was named to the roster earlier this season, but is being held off due to precautionary reasons (presumably due to injury). Turnbull will take her spot in the lineup.

Lacquette, recognized as the top female hockey player coming out of her native Manitoba, should dazzle fans and opponents alike with her ability to rush the puck up the ice.

2014 CWHL top draft pick Fortino was second in scoring last season on a struggling Brampton Thunder roster and should be right up there again this year.

Meanwhile, Birchard and Rougeau join this younger blueline as the sole defensive representatives from both Sochi and last year’s Four Nations Cup.

Aside from the fact that her name looks incredible on the back of a jersey, Maschmeyer is no joke: she powered an underdog Harvard Crimson team to the 2014 NCAA National Championships and has a sparkling average save percentage of .941 through 74 games played in her Crimson career. Meanwhile, Howe has a .910 save percentage so far this season for the Thunder, while facing an average of about 34 shots a game.

The preliminary round begins for Canada against Finland Wednesday at 10 a.m. Eastern time. Fans can stream games via Live Arena, which is a paid subscription (but costs nothing in comparison to, say, an NHL Gamecenter Live subscription -- around $8.59 USD, $11.51 CAD). Click here for streaming info.

You can also follow live stats and find more information via Hockey Canada’s page for the Four Nations Cup.

Editor's note: We didn't preview Team Finland because we couldn't find a tournament roster. We will try to get a quick post up about names to watch on their roster, just as soon as we see one.