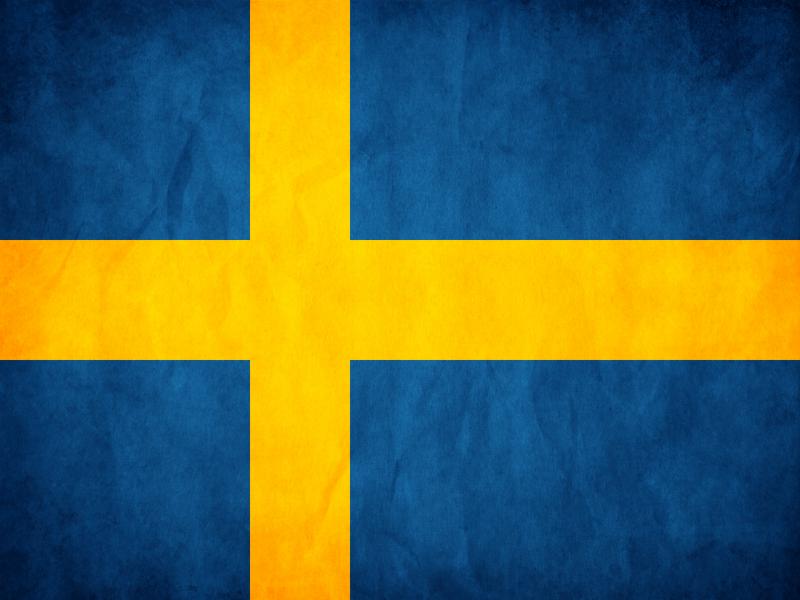 These are just some of the highlights of the Swedish team who will suit up for the 2015 Four Nations Cup this week to be held in and around Sundsvall, on the eastern coast of the country, roughly 377 kilometers north of Stockholm.

Sweden begins the campaign for their first-ever Four Nations gold medal on November 4th against the United States. They’ll face Finland on November 5th before suiting up against Canada on November 7th. The bronze and gold medal games will both be held on November 8th.

Sweden has never made it to the gold medal game, but it’s no doubt that their goal is to not only get there, but to be victorious. They took bronze in 2014, topping Finland 2-1, and have won eight bronze medals overall since joining the tournament in 2000.

One player who could help Sweden to the gold medal this Four Nations Cup is forward Jenni Asserholt. The 27-year-old Örebro native has appeared in 219 national A games for her country, registering 22 goals in that time.

She’s won two Swedish championships, capturing the title in both 2014 (Linköpings HC) and 2015 (Linköpings). The 2014-15 team also went to the European Women Champions Cup, where they took second place. Asserholt has also appeared in eight World Championships, with a pair of bronze medals to show for it. She’s registered eight points (4-4) in as many games with HV 71 (Riksserien) in the 2015-16 season.

Asserholt is one of a few players on the Swedish team with North American experience, too. She played WCHA hockey with the University of Minnesota-Duluth in 2008-09, putting up ten points and 44 penalty minutes in 34 games with the Bulldogs.

Another player who could help Team Sweden to Four Nations success this year is defense Linnea Bäckman. The 24-year-old Stockholm native currently plays for AIK.

So far this season, Bäckman has put up four points (1-3) in 11 games. She finished last season with nine points (2-7) in 28 regular season games with AIK.

Noted Swedish women’s hockey player Pernilla Winberg will also suit up for her home country in the Four Nations Cup.

The 26-year-old currently plays for Linköping and has over 240 national games under her belt, with 76 Team Sweden goals in her career -– including eight appearances at the World Championships. She’s a three-time Swedish champion and four-time European Women’s Club Team champion.

In 2004-05, she was top in goals and points at the European Women Champions Cup. Winberg also went on to tally the most assists –- and tie for most points –- on Team Sweden for the 2006-07 season, a year in which she also led her country in scoring in the World Championships.

Winberg was named Best Forward in the European Women Champions Cup in 2007-08 after registering the most points and goals among all forwards in the tournament. She has also appeared in the Olympics three times, including a silver-medal finish in 2006. This season, she’s put up 10 points (6-4) in 12 games with Linköping HC.

Another interesting player to watch for Sweden in the 2015 Four Nations Cup: forward Hanna Olsson, of Djurgårdens IF. At just 16, she’s the youngest player on the Swedish team this year.

Given her age, she’s naturally one of the less-experienced players on the team, but she's sure to be an exciting one to watch. Olsson already has one Swedish championship with Linköpings HC in 2014, and has finished sixth twice with Sweden at the U18s (2014, 2015).

Since 2013, she’s played with Linköpings HC, Sällskapet Skärgården Hockey84 and Djurgårdens IF. So far this season, Olsson has notched 16 points (7-9) in just ten games. Her statistics for last season with Sällskapet weren’t available, but she registered 25 points in 23 games in the 2013-14 season as a 14/15-year-old with Linköpings HC in Riksserien.

The final player I’ll highlight is forward Maria Lindh, the lone Swedish player coming in from North America for the Four Nations Cup. Lindh is currently in her second season with the University of Minnesota-Duluth.

She’s registered five points (3-2) in eight games with the Bulldogs this season after finishing last year with two points (1-1) in 15 games as a rookie. The Stockholm native is majoring in business marketing at UMD; she previously played with MODO Hockey and Segeltorps IF.

Statistical profiles of each player from swehockey.se have been combined into a single PDF, accessible here. That PDF features basic biographical info on each player as well as their medals, championships, and other information, as well as statistics from the current and from previous seasons.

Streaming information for the 2015 Four Nations Cup can be found here.