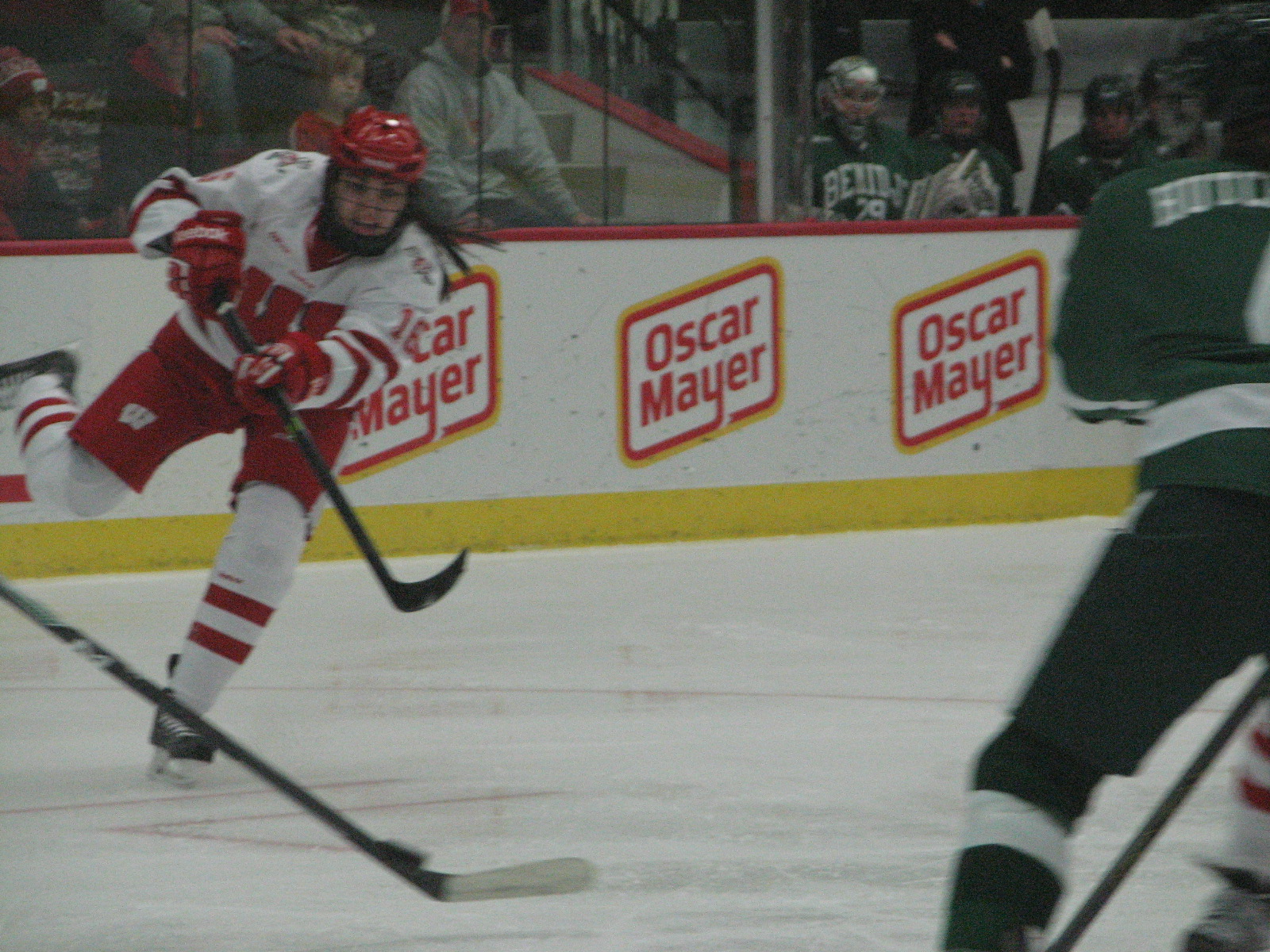 Watch and listen: Video at BTN2GO for $9.95 a month for Wisconsin or $14.95 a month for conference-wide coverage. Free audio is available from Wisconsin student radio at WSUM.org or, for Friday's game, from the stellar Kelly Jo Schultz on Beaver Radio Network.

Bemidji State took an overtime victory and a tie out of their series with North Dakota, and joins Wisconsin and Minnesota as the unbeaten teams in the WCHA. They've acquitted themselves well in their first few WCHA roadbumps, but to truly prove they're a force in the conference, they have to win games against Wisconsin and Minnesota. I'd take junior goalie Britni Mowat against any of the top goalies in the country. She's going to get peppered this weekend -- and how she goes, so go the Beavers. She leads the country with a .978 save percentage. Wisconsin's Ann-Renée Desbiens is right behind her at .970.

Wisconsin has the country's leading team defense and is second only to Minnesota in team offense, averaging 5.83 goals scored per game. However, they haven't been challenged much thus far in the season, so Bemidji is a true test. The Badgers have scored five short-handed goals in six games and have allowed just one power-play goal. The team had a solid senior core running their penalty kill last year. Now that some of the younger players are getting time on the unit, they're showing great hockey sense and speed and catching teams unawares. It's a huge weapon in their arsenal. Bemdiji has to not only find ways to capitalize on the power play, but keep Wisconsin from scoring on the penalty kill, too.

Both teams have a lot to prove this weekend.

Watch and listen: Friday and Saturday video are available via the Ivy League Digital Network. It's $15.95 per month for the league pass, $10.95 per month for a school month pass, and $9.95 for a single event.

Cornell is looking to finish in the top of the ECAC and gain themselves an at-large bid to the NCAA tournament at the end of the season. It's the second straight year that Cornell has to face Boston College early in the schedule, though maybe having the Eagles at home will help them get a better result.

Boston College has a bit of a stranglehold on Hockey East, but if the Big Red want to end their season in New Hampshire, they have to find a way to steal games from teams like BC.

↑Merrimack - The newest DI team got their first win in program history last weekend over New Hampshire. Congratulations -- and here's to many, many more!

↓Boston University - The Terriers are still struggling to figure out what they look like in a post-Marie Philip Poulin world. Two losses to Clarkson last weekend dropped BU out of the national rankings.

↑Northeastern's Denisa Krizova - The sophomore from the Czech Republic is second on the team in scoring with four goals and seven assists. She's a major reason that Northeastern has managed to pull out some close wins.

↓Winless squads - New Hampshire, Providence, Vermont, Union, and Mercyhurst have yet to put a tally in the win column.

↑Alex Carpenter and Kendall Coyne - Carpenter (Boston College) tallied her 200th career point and Coyne (Northeastern) netted her 100th goal over the weekend. Carpenter may join Coyne in the century club this weekend -- she sits at 99 goals.

↑The Ivies - We'll finally get a full schedule as the Ivy League schools hit the ice.