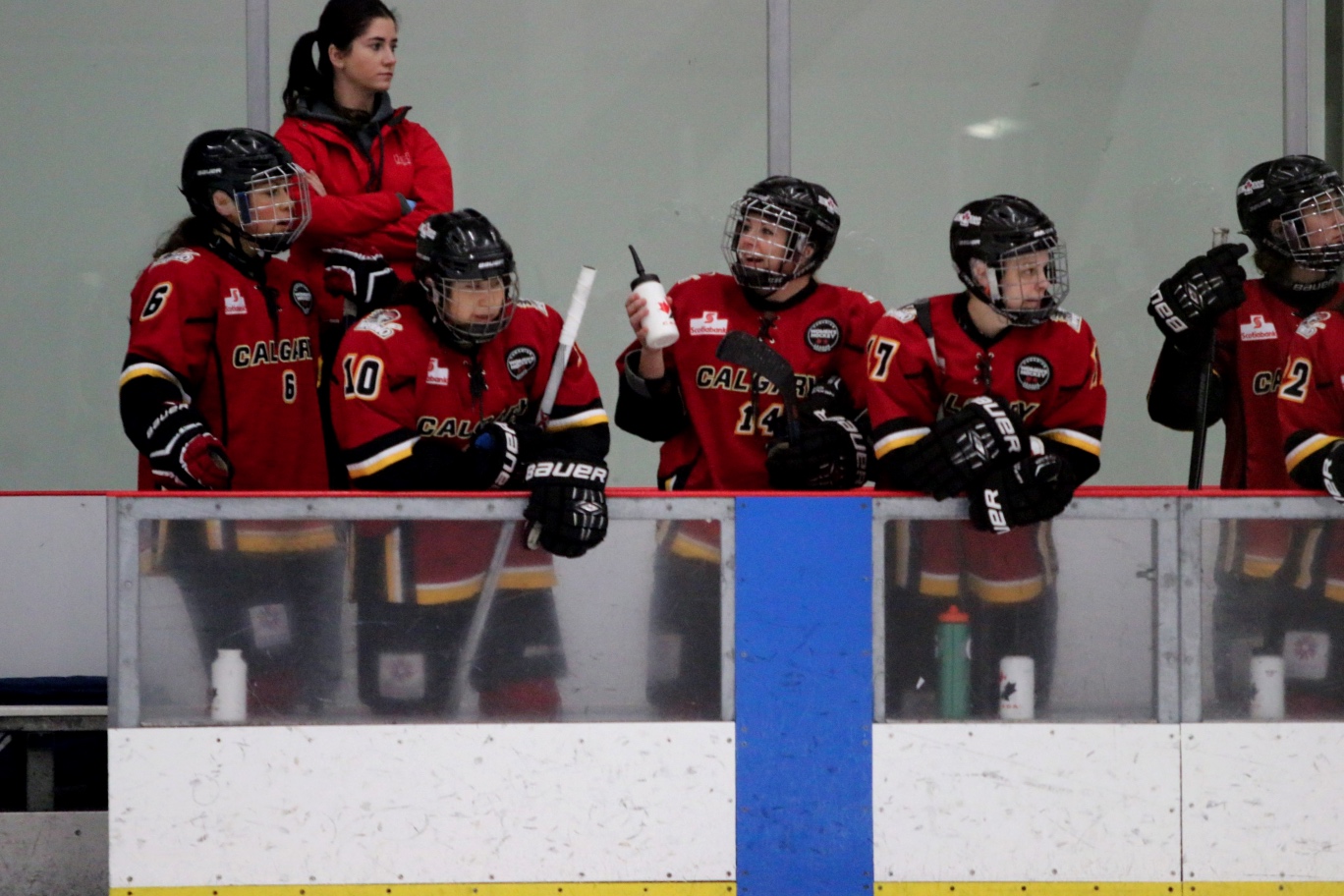 On paper, Calgary has the best roster in the CWHL. The Inferno are front-loaded with a powerful offense and carry many members of Team Canada. For Calgary General Manager Chantal Champagne, the challenge lies in translating that roster into performance on the ice.

“Any team in any sport can have all the best players," Champagne said. "It will be a question of how well can the girls gel together. They’ve shown great, great strides since our tryout camp.

"I see greatness ahead of us. It’s up to the girls to do it on the ice.”

While Esposito finished second on the team in scoring, Champagne called the forward one of the more unknown, but important, contributors.

"She’s one of our forwards and she’s a very, very skillful girl...She’s very tricky and very good with her hands and can put the puck in net," Champagne said.

"She’s a power forward," Champagne said. "She’s very strong on the puck and she works very hard on the boards and is able to set up our players very, very well."

An area of concern for Calgary is the defense, which the team tried to shore up in the offseason.

"We’re working on our defensive team," Champagne said. "We’ve been trying to recruit other defenders to come our way."

The Inferno switched Erica Kromm to defense and brought in Lacquette and Aoki. But Calgary will be without defender Meaghan Mikkelson until December, so Champagne said they will rely on veteran blueliner Hayleigh Cudmore.

"I think at the beginning of this season we might be a little less desired on the D, but I think we will come together very, very solid," Champagne said.

The Inferno finished second in the regular season last year, but fell to Les Canadiennes (formerly the Montreal Stars) in the playoffs.

“Our biggest goal this year is to make it not only to the Clarkson Cup, but our goal as a coaching staff and as a general manager, [our] expectation is to win the Clarkson Cup," Champagne said.

"That is our ultimate goal this year and we have a very good chance of doing so.”