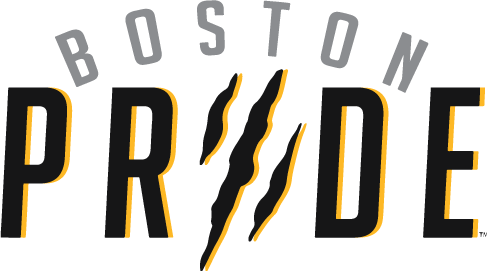 Four Olympians, six Bay Staters, and 10 former CWHLers will be part of the 2015-2016 Boston Pride team, who will hit for the ice for its first-ever game in NWHL history on Sunday against the Buffalo Beauts.

All four skated on the team who won silver at Sochi in 2014, with three of them (Decker the only exclusion) also on the 2010 silver-medal team.

All four are also former CWHLers, having played with the Boston Blades. Bellamy, Knight, and Decker were all on the Blades team that won the Clarkson Cup this past season, while Marvin won the title with the Blades in 2013, alongside Bellamy and Knight.

Marvin is a long-time veteran of the U.S. Women’s National Team, having competed in six World Championships and seven Four Nations Cups. She also led the University of Minnesota to a 2009 Frozen Four appearance. Her collegiate career saw her put up 195 points in 152 games with the Gophers.

Bellamy is also a veteran, having skated in 18 major tournaments for the Americans. The former New Hampshire standout broke the 100-point barrier with 107 points (27-80) in 143 career games. She earned numerous honors during her collegiate career, including First Team All-American.

Knight became the first American-born player to win the CWHL’s Most Valuable Player Award when she was bestowed with the honor in 2012-2013. She was also named MVP and Best Forward by the IIHF Directorate after the 2015 IIHF Women’s World Championships, when she won her fifth gold medal. The former Wisconsin forward was a three-time Patty Kazmaier Memorial Award Top-10 finalist and earned multiple other honors during her collegiate career, finishing with 262 points (143-119) in 161 games.

Decker has also found success at the national level, winning three gold medals and one silver at the World Championships, as well as six medals at Four Nations Cups. A Shattuck St. Mary’s graduate, she attended the University of Wisconsin from 2009 to 2013. Her 244-point collegiate career helped her earn the Patty Kazmaier Award. She was named CWHL Rookie of the Year last season.

Cooke, an Andover native, won two national championships with USA Hockey before joining Princeton. She was named to the ECAC All-Academic Team four times and earned 49 points (26-23) in 122 games. Cooke was an assistant captain of the Tigers in her senior year, when she led the team in goals.

Smelker registered 15 points (8-7) in 22 games last season with the Blades, her first season in the CWHL. Prior to that, she spent four years with Rensselaer Polytechnic Institute, and captained the team in her final season. She finished her collegiate career with 86 points in 136 games and was named a finalist for the ECAC Hockey Best Defensive Forward Award. She also played for Team USA in the 2012 U-22 Series against Canada.

Buie became the 33rd Providence Friars player in history to reach the 100-point plateau, notching exactly 100 points (44-56) in four years there. She earned multiple collegiate honors, including being named to the All-Rookie Team. Last season was her first in the CWHL: she registered nine points.

Llanes joins the Pride after two seasons with the Blades following her career at Northeastern. In four years, she registered 102 points in 139 games (2009-2013). In her junior year, she was honored with the college’s Seventh Player Award, given to the player who goes “beyond the call of duty and most exceeds team expectations.”

Goaltender Ott is a University of Maine graduate, having racked up a .915 save percentage and 2.74 GAA in 107 games. She broke the university’s single-game save record twice: first in 2010 with a 69-save campaign over Mercyhurst. Three years later, she broke her own record, notching 72 saves in a game against Boston College.

Dempsey earned multiple honors in her time at Harvard, including All-Ivy League Second Team and All-ECAC First Team. She was a Top-10 finalist for the Patty Kazmaier Memorial Award in 2013. Before Decker was named CWHL Rookie of the Year in 2015, Dempsey earned that honor in 2014.

Bolden joins the Pride as a 2013 Boston College graduate. The defender notched 83 points total in 138 games throughout her career, which puts her third all-time on the college’s career scoring list for defense. She was named Hockey East Defenseman of the year and Second Team All-American as a senior. Bolden has spent the last two seasons with the Blades, ranking third in Boston D scoring this past season.

Cornell’s Alyssa Gagliardi and Harvard’s Marissa Gedman round things out on the blueline.

Gagliari registered 19 goals and 70 assists in 138 games with Cornell before graduating in 2014. She earned numerous honors, including First-Team honors in both the ECAC and the Ivy League.

Gedman potted 75 points (19-56) in 134 games with Harvard. She captained the team in her last two seasons, having graduated this past spring. Gedman missed the 2012-13 season due to injury, but rebounded to help lead the team to an ECAC Championship and the 2015 NCAA Division I national championship game this past year.
Aside from Ott, the Pride have Kelsie Fralick and Lauren Slebodnick in net.

Fralick spent four years with Connecticut College from 2011 to 2015, appearing in net 76 times. She registered a .932 save percentage and 2.06 GAA. Off the ice, she was twice nominated (2014 and 2015) for the BNY Mellon Wealth Management Hockey Humanitarian Award, which is given to the player that makes “significant contributions to his or her team and the community through leadership in volunteerism.”

Slebodnick holds several Cornell goaltending records, including the single-season program win record (24). She is the winningest goaltender in Cornell history, earning a collegiate career record of 68-10-5. She had a .924 save percentage and a 1.65 GAA, earning 18 shutouts and 1,668 saves over the seasons.

Field helped lead the Eagles to two Beanpot Championships and multiple NCAA tournaments, captaining the team in her senior year. She won gold with Team USA at the 2011 U-18 Worlds, notching nine points in five games, and has represented her country in multiple other events as well.

Pelkey put up 105 points in 127 games to become the Unviversity of Vermont’s all-time leading scorer. She spent much of her freshman year on defense to fill in the blueline, and then had an outstanding junior season that resulted in her being named a New England Division I All-Star. She represented Team USA at the 2014 Four Nations Cup last November.

Hickel spent the last four years with the Bulldogs, putting up 93 points total (46-47). She registered 19 goals in her senior year and was twice named WCHA Player of the Week. Hickel also won gold at the World Championships in 2015 and won silver in the 2010 U18s.

The Pride will be coached by former NHLer Bobby Jay, who last acted as assistant coach for the 2014 U.S. Women’s Olympic Team. He’s also coached American teams on multiple other occasions and also has experience coaching at the AHL and collegiate levels.

The Boston Pride kick off their season with four road games against Buffalo and New York. Their first home game at the Harvard Bright-Landry Center won’t come until November 22 when the Riveters come into town, and they won’t face the Whale for the first time until a week later. Check out their full schedule and don’t forget to pick up some tickets, too. You can also follow the Pride players on Twitter.