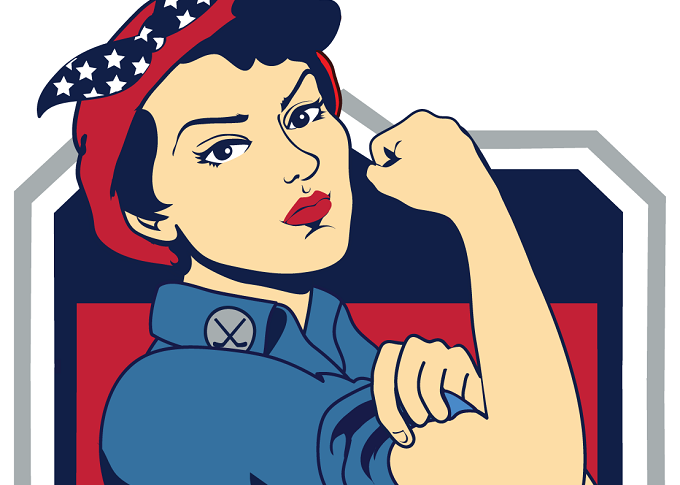 The New York Riveters will become a part of history on October 11 when the team opens the inaugural National Women's Hockey League season against the Connecticut Whale at Chelsea Piers, CT.

With a roster bolstered by a number of national team members -- including goaltender Nana Fujimoto and Russian national member Lyudmila Belyakova -- and multiple collegiate graduates, including women from Cornell, Princeton, and Union, the Riveters are set to begin the season with a bang.

The Riveters will be led by a strong goaltending force, starting with Fujimoto. The 26-year-old has been a member of the Japanese national team, helping lead the team to the 2014 Winter Olympics in Sochi and the 2015 IIHF Women's World Championships.

NWHL Commissioner Dani Rylan called Fujimoto "one of the best goaltenders in the world," in the league's release about the signing.

Fujimoto will also have a unique opportunity this season, as the Riveters are set to travel to face her old team, Smile Japan, in an exhibition game this December.

The Riveters' other netminders for the team’s inaugural season will be Cornell grad Jenny Scrivens, and former Union netminder Shenae Lundberg.

Scrivens spent three seasons playing for Cornell, notching a 15-28-2 record in 52 games. She had a 2.56 GAA and a .916 save percentage in her final season. The Camarillo, California native previously played for the California Selects, leading the U19 AA team to a championship win in 2005.

She previously worked as Director of Communications for the Ronald McDonald House in Edmonton, Alberta, making her a perfect fit as part of the development & communications team for the NWHL.

Lundberg is a Union College standout who set a record with 3,023 saves in four years there. She graduated in 2015 and became the 21st goaltender in NCAA Division I women’s hockey history to amass 3,000 career saves. The 22-year-old earned numerous ECAC goaltending honors during her Union career.

Joining Lundberg on the Riveters is another former Union Dutchwoman, defense Ashley Johnston. The 2014 graduate was once a candidate for NCAA Humanitarian of the Year, as she researched and developed a prosthetic limb to grow as a child grows. Johnston is also a former member of the CWHL’s Burlington Barracudas, where she played in 2010.

Johnston isn’t the only Riveters player to have previously suited up in the CWHL, as forward Janine Weber also joins the club.

Weber spent last season with the Boston Blades, and previously played for Providence College, the Austrian national team and the Vienna Sabres. Of course, the most infamous moment of her career came when she scored the championship-clinching goal for the Blades in the 2015 Clarkson Cup, and there’s no doubt that Weber will now look to make a mark on the NWHL.

Weber made history when she became the first player to sign in the NWHL earlier this year.

Joining Weber on the Riveters is another former member of the Sabres and Blades: defender Kiira Dosdall. She previously played four seasons at Colgate, where she continues to hold second-place in all-time scoring for defenders.

Princeton graduate Gabie Figueroa also joins the Riveters’ defense. The NJ native was a collegiate standout, putting up 36 points and 144 penalty minutes in 36 games. She won a silver medal with USA Hockey’s U-18 team at the IIHF U-18 World Championships in 2009.

The Riveters’ blueline fills in with California native Elena Orlando and forward/defense Erin Barley-Maloney, another Cornell grad joining Scrivens on the NY club.

Riveters coach Chad Wiseman noted that the team is likely to run with just five defenders in most games this season. He expects Johnston and Orlando to be paired together, noting their aggressive play & physicality.

“She’s going to log a lot of minutes this year – all our D are going to,” Wiseman said when asked about Johnston.

Another strong point on the Riveters’ roster: forward Belyakova. The Moscow native has played for the Russian women’s national team since was 15, appearing in three U-18 championships between 2010 and 2012. That includes a gold medal win in the Division I category in 2011 and a bronze in 2013. She also had 41 points this past season with Tornado.

Other forwards include former Western Mustang Sydney Kidd, Quinnipiac’s Morgan Fritz-Ward, and both Brooke Ammerman and Madison Packer from the University of Wisconsin.

The Riveters will be coached by former left winger Chad Wiseman, who was drafted by the San Jose Sharks in 2000. He spent most of his career playing in the AHL and accrued nine games of NHL experience between 2002 and 2013. He last played for the Albany Devils in 2012-2013.

Prior to kicking off the NWHL season, the Riveters have played in several exhibition matchups, including a 5-2 loss to the Minnesota Whitecaps on Sunday. Ketchum and Fritz-Ward had the goals for New York, with Lundberg and Fujimoto splitting goaltending duties. The Riveters also previously faced off with members of the Fire Department of NY in another exhibition match on September 27th.

After the game against the FDNY, Wiseman noted that the Riveters, particularly the defense, play hard.

"They were throwing bodies around, taking it, giving it," Wiseman said of the Riveters, who faced a larger men’s team. He said he was impressed and, though the team still has things to work on heading into the season, they seemed ready to get going.

The Riveters will play 18 games in their inaugural NWHL season, not including exhibitions such as the game in Japan, or the league All-Star game, to be held in January in Buffalo. All but one of the Riveters’ games will be played on Sundays; the lone exception is Saturday, January 9, which will be the first of a set of back-to-back away tilts against Connecticut and Boston.

Though the Riveters will kick off their season in Connecticut on October 11, they’ll play their first home game just one week later when they host the Boston Pride on October 18 at the Aviator Sports Events Center in Brooklyn. Season tickets are $150, with individual game tickets going for $20 (general admission); both can be purchased online here. You can check out the Riveters’ full schedule here, and find a Twitter list of all the NY Riveters players here.