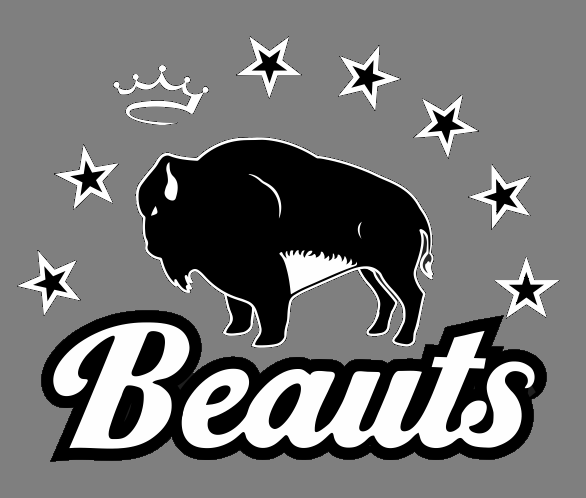 The Buffalo Beauts will open their inaugural NWHL season this Sunday at 3:30 p.m. at HARBORCENTER against the Boston Pride in a historic matchup, preceded by a ceremonial puck drop with none other than Manon Rhéaume, Olympic silver medalist and the first woman to ever play in an NHL exhibition game.

The Beauts roster that hits the ice this season will feature several Olympic medalists, a handful of Western New York-area players, and overall, a talented, speedy group.

Decorated U.S. National Team defenseman Emily Pfalzer is one of those locals. The Getzville native played four seasons at Boston College, scoring 102 points (23-79) in 147 games. She leads BC defensemen in both career points and assists. Pfalzer won gold in the 2015 World Championships and silver in the 2014 Four Nations Cup, as well as gold and silver at the U18s in 2011 and 2010.

East Amherst goaltender Kimberly Sass also joins her hometown Beauts. The Colgate graduate ranked first in program history for most minutes played in a season and is either at or near the top in numerous other program records. She graduated from Williamsville North High School and is working on her graduate degree in architecture at the University at Buffalo, which makes the Beauts a perfect fit.

“Once I heard about the NWHL, I knew this was something I had to be a part of." - Kimberly Sass

Forward Jessica Fickel is also familiar with Buffalo. The Fort Erie native is currently working on her master’s degree at Brock University in nearby St. Catharines. Her #9 was retired by Brock, the first female to have that honor, after she graduated as the school’s all-time points leader (113 points in 114 games). She also won silver at the 2015 World University Games.

Fickel describes herself as a “hard-working forward… not afraid to get into the corners and be physical.”

Also on the Beauts roster: three former RIT Tigers, from just about 70 miles east on I-90. Defender Lindsay Grigg and forwards Erin Zach and Kourtney Kunichika all join the Beauts for the upcoming year.

Grigg shuffled between forward and defense in her first season at RIT. She went on to captain the Tigers in both her junior and senior years, and scored the game-winner in the 2014 College Hockey America Championship. She put up 75 points (20-55) in 143 games with the Tigers over four seasons.

Zach graduated from RIT in 2014, having scored 74 points (30-44) in 121 games. Her five shorthanded goals are good for fifth all-time in the institute’s record book. She won a 2014 College Hockey America championship alongside Grigg, beating out Mercyhurst in double-overtime.

Kunichika played for RIT at both the D-I and D-3 levels. She owns the program record for postseason scoring and received numerous honors throughout her collegiate career, including All-Tournament Team honors.

A trio of decorated Olympians also highlights the Buffalo Beauts roster: Megan Bozek, Meghan Duggan, and Brianne McLaughlin. All three were on the USA squad that won silver in 2014, and both Duggan and Bozek also won silver in the 2010 games.

Bozek won two NCAA championships with the University of Minnesota, as well as several medals with Team USA in IIHF Women’s World Championships. She registered 147 career points in 157 games with the Gophers. Bozek also played for the CWHL’s Toronto Furies last season (11 points).

Duggan, another former CWHLer, played for the Boston Blades and won the Clarkson Cup in 2013 and 2015. She also served as team captain for the 2014 US Olympic Team and won five gold medals and one silver medal at the IIHF Women’s World Championships. She also won the Patty Kazmaier Memorial Award as top player in NCAA women’s ice hockey in 2011 after earning 238 points (108-130) in 159 career games with the University of Wisconsin.

McLaughlin spent four years at Robert Morris, setting an NCAA record in career saves (3809). In addition to her two Olympic medals, she's represented Team USA in multiple other tournaments, including the 2008 U-22 Series and three World Championships. She also played as part of a three-goaltender rotation in the 2014 Four Nations Cup.

McLaughlin was quick to note the talent in the NWHL as a whole, saying that it might surprise some people.

Rounding out the goaltending trio for the Beauts is Thunder Bay native Amanda Makela, a recent graduate of Mercyhurst (Erie, Pennsylvania). She was named College Hockey America Conference 2015 Goaltender of the Year. Over the course of her career, she eclipsed a program single-season record with 781 saves – breaking a record that was previously held for 12 years.

Makela is joined by fellow Mercyhurst alum, forward Shelby Bram. Bram played in more than 100 consecutive games for the Lakers, scoring 109 points (31-78) in her four-year collegiate career. She’s represented Canada in numerous events, including the 2011 Canada Winter Games and 2011 U-18 IIHF World Championships.

Also suiting up for the Beauts this season is a pair of University of Maine alumnae: Kelly McDonald and Hailey Browne.

McDonald captained the team in 2014, her senior year. On defense, she put up 29 points (8-21) in 130 games with the Black Bears. She earned a number of academic honors as well.

Browne transferred to Maine from Mercyhurst, never missing a game for either school and notching 38 points (15-23) in four years. She’s earned numerous honors for Canada, winning silver medals at both the U18 Women’s World Championships (2011) and 2011 Canada Winter Games.

Rounding out the Beauts’ defense is Paige Harrington, another decorated American. The former UMass Amherst Minutewoman was an assistant captain in both the 2013 and 2015 Winter World University Games, winning a bronze medal the first year. She co-captained the Minutewomen and earned multiple collegiate honors.

"It’s an amazing opportunity for girls to actually get paid to play the sport they love.” - Skeats on the NWHL

Rafter is a five-season alum of the University of British Columbia, where she put up 116 points (61-55). She was named Canada West Player of the Year in 2013-14 and led the league in goals, power-play goals, and points. She won gold with Canada the FISU Winter Universiade in 2013.

McGowan is an Adrian College alum, where she racked up 100 points (47-53) in 103 games. She helped the Bulldogs to the NCHA Quarterfinals in her first two seasons and eventually became captain of the team her senior year.

Williams represented Team USA twice at the World University Games (2013, 2015) and once won bronze with the club. The Miami University alum helped lead the Redhawks to a national runner-up finish this past season, and spent much of her collegiate career among the scoring leaders of the ACHA.

The Buffalo Beauts will be co-coached by Shelley Looney and Ric Seiling.

Seiling is a Buffalo Sabres alum, having played with the team between 1977 and 1986. He’s coached in the American, Central and Ontario hockey leagues, among others, and has also worked in the broadcast world.

Looney is a two-time Olympian, having won gold in 1998. She played on the U.S. National Team for 14 seasons before entering the coaching world, having served in coaching roles for Team USA and the University of Vermont, as well as serving as Hockey Director for the Buffalo Bison Hockey Association.

The Buffalo Beauts, who look to be a fast (albeit generally small) team, open their season at home on October 11 against the Boston Pride. Their full schedule is available here; tickets for home games are $15 each and available online here. Follow all the Beauts on Twitter here.