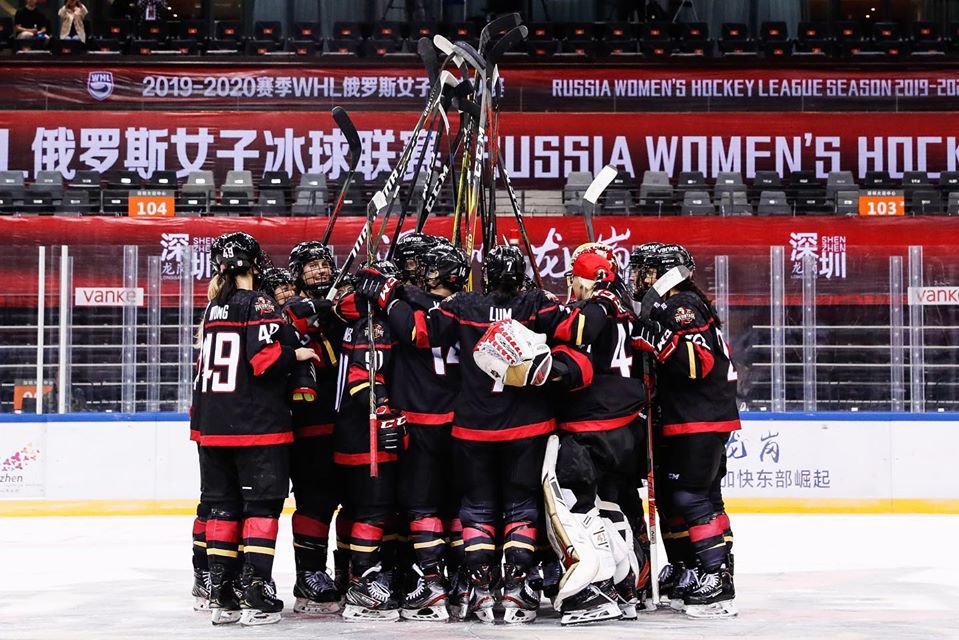 When she first heard that her former University of North Dakota coach Brian Idalski was moving to China to take a job as head coach of the Shenzhen Kunlun Red Star Vanke Rays, Amy Menke was happy for him. She had no intention of following

Shenzhen took two wins in three games against the visiting Toronto Furies this week, while the Calgary Inferno split with Les Canadiennes de Montréal to clinch home-ice advantage for the playoffs and the Markham Thunder swept the Worcester Blades. Around the League * Alex Carpenter was

Retuning from the All-Star break, the Calgary Inferno defeated the Shenzhen KRS Vanke Rays, while the Markham Thunder and Les Canadiennes de Montréal split their series. The Toronto Furies also began their three-game series in Shenzhen, which will be covered in next week's recap. Around

This week Les Canadiennes de Montréal took three of four possible points in a split with the Shenzhen KRS Vanke Rays, while the Toronto Furies once again upset the Calgary Inferno on the road to split their series. Around the League * Jetta Rackleff was named