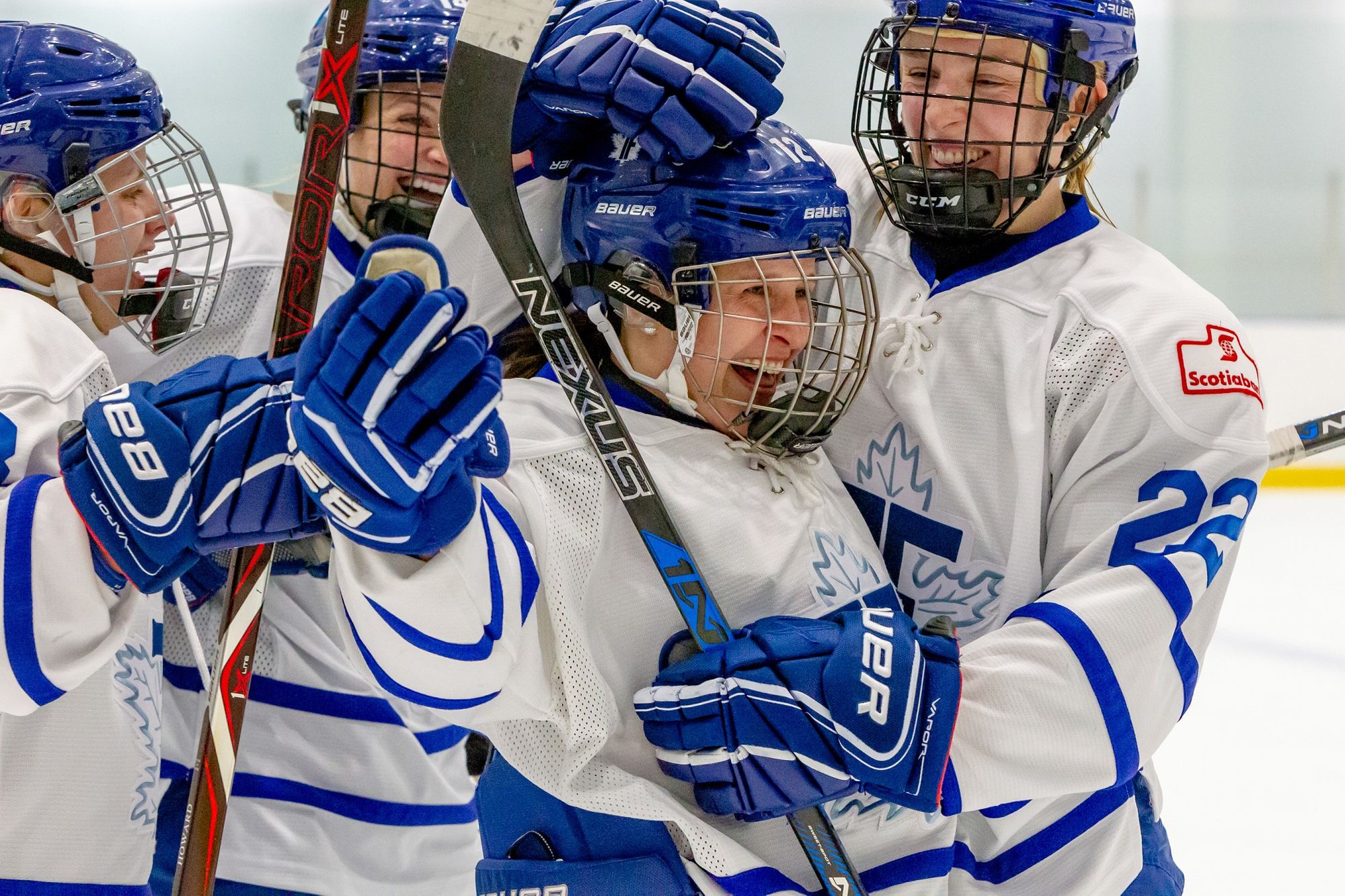 Les Canadiennes de Montréal swept the Shenzhen KRS Vanke Rays this week, becoming the first North American team to win all its games in China. Meanwhile, the Toronto Furies pulled off an upset and split their series against the Calgary Inferno, and the Markham Thunder swept the Worcester Blades.

Montreal called up Kayla Tutino from its extended roster to join the team on the road trip, due to injuries and prior commitments that kept key forwards out the line-up. Danièle Sauvageau served as head coach for the series.

After Les Canadiennes were narrowly outshot 10-8 in the first period on Wednesday, Ann-Sophie Bettez opened the scoring shorthanded at 13:54 of the second. Marie-Philip Poulin doubled the advantage with a power-play marker in the dying minutes of the frame.

Bettez added another early in the third, and Hanna Bunton put the Rays on the board with a power-play goal at 12:53. Bettez then earned a hat trick with a shorthanded empty-netter at 18:18 for a 4-1 final score.

Les Canadiennes were 1-for-4 on the power play and 5-for-6 on the penalty kill.

Emerance Maschmeyer made 28 saves on 29 shots, while Noora Räty stopped 23 of 27.

Bettez once again started things off on Friday, with a goal five minutes into the game. Katia Clément-Heydra followed it up less than two minutes later, and Bettez doubled up at 13:05 before Yu Baiwei responded for Shenzhen during a 5-on-3, with 2:07 remaining in the period.

Poulin made it 4-1 at the midway point of the second just as a Montreal power play expired. Kim Deschênes rounded out the scoring at 15:35, prompting the Rays to pull Räty in favour of Kimberly Newell.

The visitors were 0-for-4 with the extra attacker and killed five of six penalties.

Maschmeyer turned away 14 of 15 shots. Räty allowed five goals on 19 shots through 35:35, while Newell stopped all three shots faced in 24:25 in relief.

Newell earned the start for Shenzhen on Sunday. Poulin opened the scoring early, with a power-play tally at 2:06, but Emma Woods quickly replied with a power-play goal of her own three minutes later. Bunton then gave the Rays their first lead of the series at 12:49.

Bettez tied things up with the extra attacker at 11:03 of the second, but Alex Carpenter restored Shenzhen's lead 83 seconds later. Erin Ambrose once again evened the score at 15:27, and Poulin put Montreal ahead with 46 seconds left in the period.

Les Canadiennes secured the victory in the third. Maschmeyer stopped Carpenter on a penalty shot at 6:35, and Clément-Heydra and Sarah Lefort added goals for a 6-3 win.

Montreal was perfect on two power plays and again killed off five of six penalties, plus the shot.

Laura Fortino opened the scoring on Saturday halfway through the first with the lone goal of the period.

Victoria Bach netted the only goal of the second, during 4-on-4 play at 5:16.

Jessica Convery replaced Mariah Fujimagari in the Blades net to start the third. Jenna McParland tripled the advantage just 77 seconds in, and Jamie Lee Rattray made it 4-0 at the midway mark. Courtney Turner got one back for Worcester at 13:21 for a 4-1 final score.

McParland opened Sunday's scoring just 1:32 in, and Nicole Brown followed it up less than two minutes later. McParland added her second barely two minutes after that, and Bach made it 4-0 at 13:28.

Brooke Webster netted her first goal in a Thunder jersey at 2:16 of the second. In a seemingly unrelated move, the Blades replaced starting netminder Lauren Dahm with Jetta Rackleff at the halfway point of the game.

Webster followed up with another goal midway through the third, and Morgan Turner put the Blades on the board at 17:23 as Markham claimed a 6-1 win. (Fun fact: both of Worcester's penalties, along with the goal and its assist, were all by Turners.)

Markham was 0-for-2 on the power play and perfect on three penalty kills.

Shiann Darkangelo opened Saturday's scoring for Toronto on the power play at 5:47, and Sarah Nurse added a power-play marker of her own barely two minutes later before Kacey Bellamy got one back for the Inferno at 13:31.

After a goalless middle frame in which the Inferno outshot their guests 11-6, Natalie Spooner added an insurance marker with a crafty deke on a breakaway at 16:00 of the third, and Jess Vella buried an empty-netter from her own blue line to round out the game with 42 seconds left.

Toronto was 2-for-4 on the power play and killed off all three penalties.

"What we can adjust for our game is to protect our goalies, protect those leads, and we want to score those goals right off the hop," said Inferno assistant coach Mandi Duhamel ahead of the series. "We're working on our defensive game, and our structure and posture in our own zone is something we will push to build."

Calgary put that into effect on Sunday as the Inferno cruised to a 6-0 shut-out. Bellamy opened Sunday's scoring with a power play goal at 6:11, and Brianna Decker made it 2-0 in the dying minutes of the frame.

Katelyn Gosling tripled the advantage early in the second, and Brianne Jenner made it 4-0 at 15:04. Rebecca Johnston added another 1:51 later, leading Toronto to replace starting goaltender Elaine Chuli with Tiley.

Jenner rounded out the scoring with her second of the afternoon, at 10:24 of the third.

"Honestly, it's been a really good feeling in the locker room and everyone's just ready to go," Erica Kromm offered before the game. "It'll be nice to get a break and get going for the new year, as well."

Calgary was 1-for-3 on the power play and perfect on four kills.