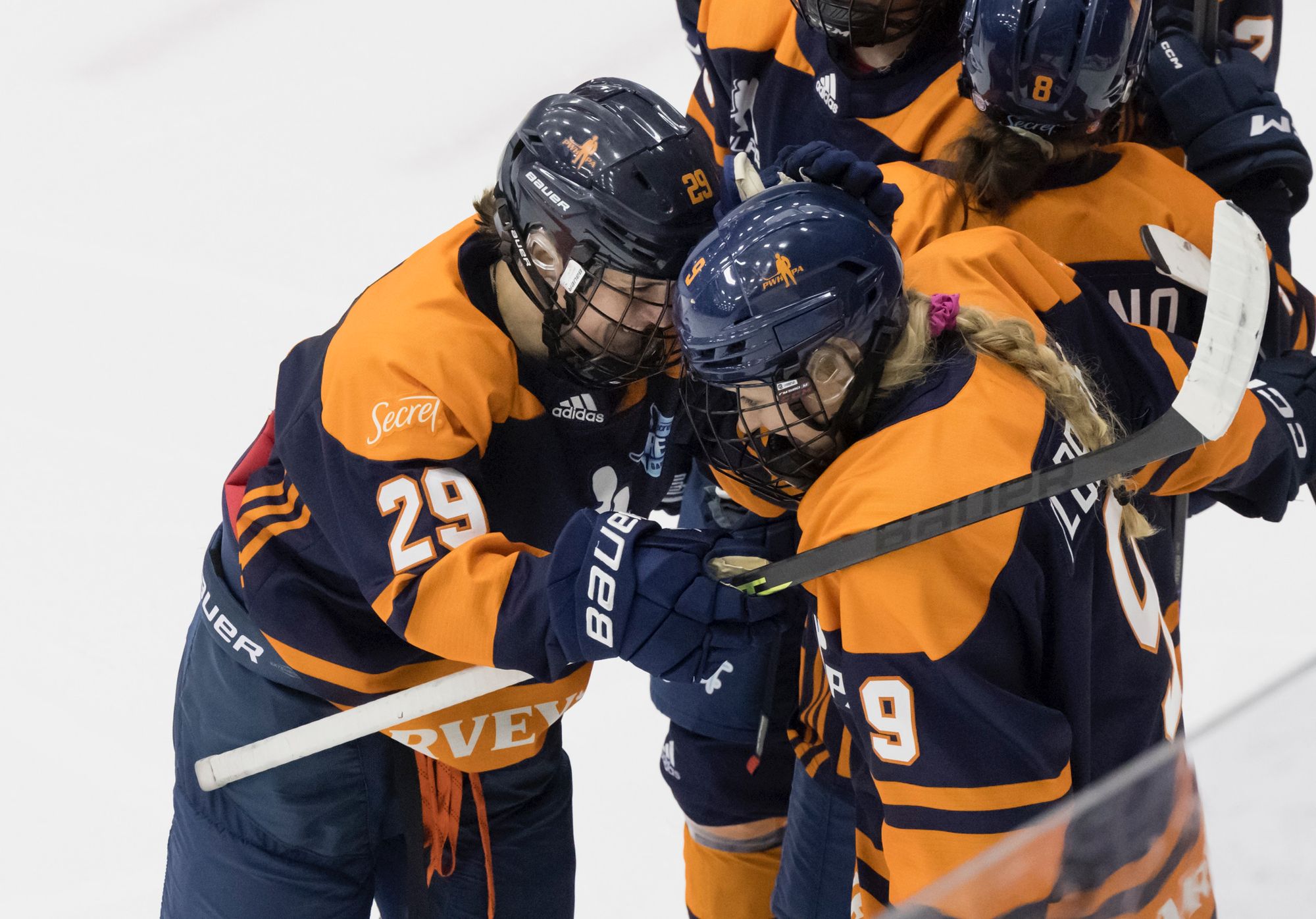 In the second PWHPA showcase in Truro, one team pulled away from the pack to take the top spot in the standings. That team, of course, was Team Harvey's, who picked up three total wins over the weekend, including an OT thriller and two offensive blowouts with scores of 6-2 and 5-1.

It's always hard to win a hockey game against any team that includes Marie-Philip Poulin, but Team Harvey's is shining throughout their lineup, with breakout performances by Jessie Eldridge, near-total dominance by Emily Clark, and a simply ridiculous amount of points being put up by Lee Stecklein.

Team Scotiabank narrowly sits at the bottom of the standings with just 6 points, but continues to get excellent production out of Blayre Turnbull and Rebecca Johnston. They are allowing a lot of goals, and taking a lot of penalties in the process.

The middle-of-the-pack teams are Team Sonnet and Team adidas with identical records. Head-to-head, though, Team Sonnet bested Team adidas 4-1 over the weekend, on the strengths of two goals by Abby Roque. Team adidas is now picking up the pace a bit with their offense, getting consistent scoring from players like Jincy Dunne, Sarah Nurse, and Laura Stacey. This is no longer the team that got shut out by Team Scotiabank 5-0 last month.

After the Pittsburgh showcase, we should be able to start really identifying some head-to-head trends. Team Harvey's started slow, but they're now the team to beat; meanwhile Team Scotiabank has fallen pretty far and Team adidas is heating up. Team Sonnet is ranked #2 but seems like they have the most untapped potential. They got shelled by Team Harvey's in their matchup on November 5, but Brianne Jenner is still scoring multiple points per game, even in losses, along with Roque. If the other parts of their team game start clicking better, it's off to the races.

Which could be said about any of these four teams. These rosters are each very good, and are creating some exciting hockey. If you want to watch two excellent hockey games, the first two games of the weekend are available on YouTube.

Immediately after American Thanksgiving, the PWHPA Pittsburgh Showcase will kick off at the Penguins' practice facility in Cranberry. Will hopefully be bringing you the action live and in person.

To that end, we're trying to come up with a bank of questions (both fun/silly and hockey related) to ask players during interviews and perhaps compile a list of answers when we get enough answers to common questions (which will be accessible to subscribers). If you have any ideas for questions, please feel free to submit them here!

On November 2nd, the PWHPA announced that their first-ever All-Star Weekend will take place December 9 through 11 in Ottawa at the Canadian Tire Centre, in partnership with the Ottawa Senators. The Canadian Tire Centre is no stranger to big women's hockey events and it should be a great venue for the PWHPA's first All-Star festivities. The All-Star weekend will also have "regular season" PWHPA matchups in Gatineau, Quebec and Kemptville, Ontario, plus skills clinics for ages 6-11 and 19+ adult players.

The All-Star event itself will start with a skills competition, consisting of a fastest skater challenge, an accuracy shooting challenge, a breakaway challenge, and a "skills challenge" (it's unclear what this is, but who needs to know in advance?). The skills competition will be followed by a round-robin tournament of ten six-minute 3-on-3 games among the four All-Star teams. The top two teams will then compete for the championship. Four captains, selected by fan vote, will draft their own starting lineups from a pool of 40 All-Stars, determined by current PWHPA players, coaches, and staff.

The press release by the PWHPA about the All-Star event did not include broadcast information, and special events like this in NHL arenas can have different broadcast arrangements; hopefully international viewers outside of Canada will have a path to watching that doesn't involve having to subscribe to a cable package that includes NHL Network.