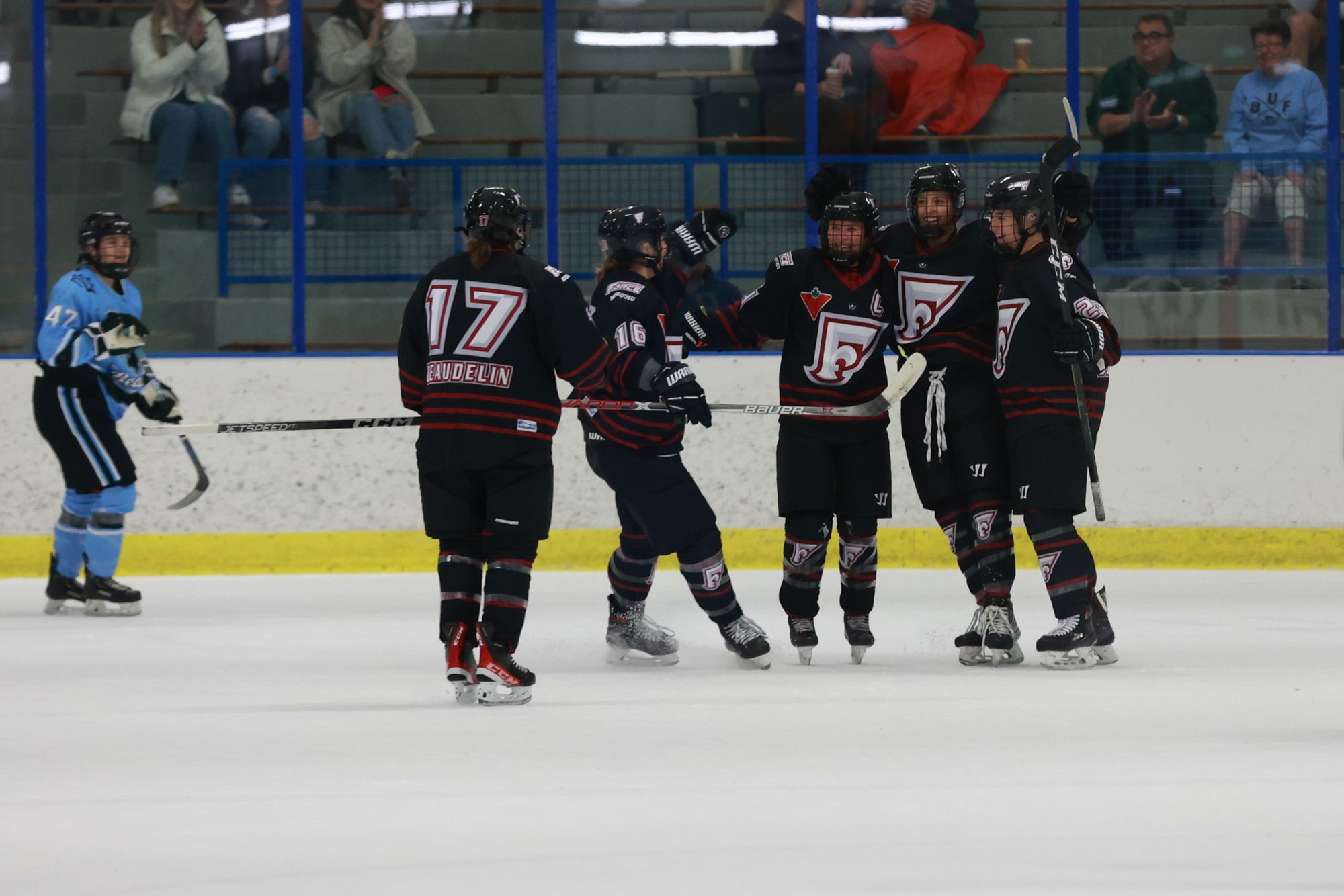 Getting to see the PHF's newest expansion team, the Montreal Force, in their first-ever games, was certainly a special treat for those of us in Buffalo. As I've said before, I expect this team to be competitive for one of the top spots in the league standings this season. My expectations were perhaps slightly tempered by this past weekend's games, but Montreal still looks good to kick off their inaugural season.

After the Beauts took an early lead Saturday on Antonia Matzka's first PHF goal, Ann-Sophie Bettez scored the first goal in Force history on the power play. As Montreal cycled the puck through the zone, Catherine Daoust put a shot on net that found Bettez in front for the tip.

Just 18 seconds later, Jade Downie-Landry gave Montreal its first lead on a deflection near the crease, beating netminder Lovisa Berndtsson. The quick sequence was just enough to deflate what momentum the Beauts had been quietly building up until that point.

Understandably this early in the season, we saw a lot of players notch their first-career goals. Buffalo's Whitney Dove was one such player, as she scored in both games. Overall, a four-goal first period on Saturday was filled with back-and-forth action and momentum swings in both directions, paving the way for an exciting rest of the game.

Midway through the game, Maddie Truax regained the lead for Buffalo, but Montreal rallied back for yet another pair of quick goals in the third period. Sarah Lefort and Kim Deschênes tallied within a nine-second span to tie the game, then give the Force the lead. Bettez threw a shot on net from below the goal line, which found Lefort in front for the quick redirect. Deschênes walked in along the far side of the ice, beating out two Beauts players, and shot the puck high and over Berndtsson.

As the clock ticked down, Claudia Kepler played hero for the Beauts, scoring with 3:16 left in regulation to make it a four-all game. After a fruitless overtime – despite a Buffalo power play – the teams headed to shootout. (As a reminder, per PHF rules, once the initial three-round shootout is complete, teams can choose from their open roster – meaning players can shoot multiple times.)

The shootout was tied after the opening three rounds, with Deschênes and Emma Nuutinen both scoring for their respective teams. It would take five more rounds before another puck hit the back of the net, with Samantha Isbell scoring the game-winning tally in the eighth round of the shootout. Michaela Boyle was unable to match that, giving Montreal its first-ever win in franchise history.

Force president Kevin Raphael summed it up nicely, when he repeatedly proclaimed "Hockey is fun!" after the game, in the rink and outside the locker room.

I want to highlight Beauts netminder Tera Hofmann, who came to the rink Sunday in a "Protect Trans Kids" t-shirt. I asked her about the importance of & meaning behind the shirt after the game:

"There are a lot of people in my life who identify as trans. The opportunity for them to play in sport is not always there. I know how much sport has changed my life & created a space for me to exist safely, and I want that for everyone else. That's why I wore that shirt today, because hockey's really something bigger than just us."