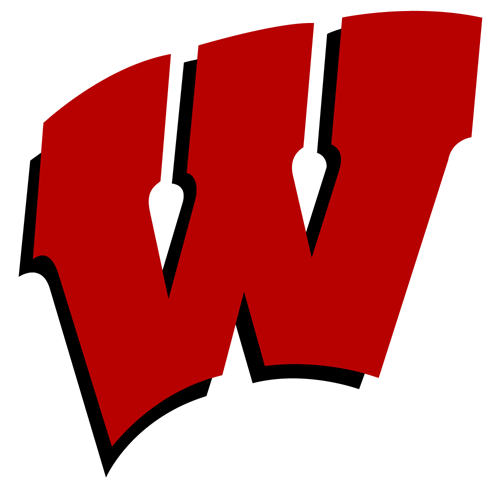 This op-ed was submitted by a former Wisconsin women's ice hockey player who graduated from the University some years ago and wishes to remain anonymous.

The celebrations for Wisconsin Women's Ice Hockey 2019 championship went national this past Friday, November 22, as the 2019 senior class chose to represent the team and university at the White House in the nation's capital along with other 2019 NCAA champions.  As a former Wisconsin Women's Ice Hockey player, my immediate reaction to this news was one of immense disappointment.

This was immediately followed by a profound sense of confusion after hearing 2019 senior Maddie Rolfes' rationale to attend the event. Although she indicated the visit was "initially met with hesitation," the group ultimately decided, "this isn't about who is in office, what they believe politically, et cetera" as if to suggest a decision to attend the White House and meet with this President of the United States could be understood as diplomatic or politically-benign.  While visiting the White House, the nation's capital, and meeting the President of the United States is regularly a distinct honor, this decision must be understood in specific context of the current political situation in our country, and the reality of President Donald Trump, particularly the various ways in which he has routinely attacked women and minority athletes. It's clear that decisions such as these are meaningful and important. It's not a casual act to meet with one of the most powerful people on the planet.

To start, this unfortunate decision flies in the face of UW Athletics' rich legacy of fellow outspoken Badgers on various political issues, standing in stark contrast to many of the positions President Trump advocates, and are reminders of what we are taught to address during the course of our studies at the University of Wisconsin-Madison. This includes student-athletes' various criticisms of the NCAA's monopolistic business practices (Frank Kaminsky advocates for student-athlete payments, Nigel Hayes generates conversation about student-athlete payments), student-athletes highlighting the glaring racial inequities on Wisconsin's campus (Badger Student-Athletes from across all sports highlight racial inequities), in-person protesting of the Dakota Access Pipeline (Bronson Koenig joins Dakota Access Pipeline protests at Standing Rock), an LGBTQ social activism campaign spearheaded by a former women's hockey player that features Wisconsin's director of athletics (You Can Play: Wisconsin Athletics), among many other examples.

It should also be considered in context of a history of incessant political protests within athletic arenas a la Muhammad Ali, Billie Jean King, Tommie Smith, John Carlos, Craig Hodges, and Mahmoud Abdul-Rauf.  As of late, these protests continue, as a laundry list of outspoken athletes and teams has grown amid their refusals to attend White House celebrations precisely because of its current occupant.  President Trump has famously squabbled with some of the most famous athletes in the world like Lebron James and Stephen Curry in recent years. Many current NFL players have rejected invitations to visit him.  Less than a month ago Sean Doolittle, a Washington Nationals pitcher, declined a White House celebration after winning the World Series citing the divisive rhetoric from President Trump that flies in the face of the inclusion and acceptance Doolittle seeks to stand for. This decision to attend also cannot be looked at in isolation of the recent history of President Trump's consistent commentary on the NFL's blackballing of Colin Kaepernick.  Accordingly, on its face, it is impossible to construe any willingness to meet and be "honored" by Donald Trump as apolitical.

When looking deeper, the Wisconsin seniors' decision is conspicuously and curiously disconnected from the intense politicization of women's sports in recent months.  Indeed, this past summer was dedicated to magazine covers, newspaper headlines, and primetime television spots featuring World Cup Champion Megan Rapinoe in response to her avid denial to attend any celebration at the White House. We are also coming off a notable year of the USA women's ice hockey team winning their boycott for better and more equitable support for women's hockey (obviously a personal subject to me and my current and former teammates) and ongoing disputes between the US Women's National Soccer team and U.S. Soccer demanding equal pay. While the United States Women's Ice Hockey Team did visit President Trump following their win of Olympic gold in Pyeongchang, South Korea, it was with at least one notable exception: Hilary Knight.  While Knight did not give a public explanation on her lack of attendance, her absence demonstrates the opportunity available to set an example when sitting out particular celebrations, and even more-so when Wisconsin's team had less public pressure to make this visit.

Indeed, various athletes from months, years, and decades past teach us that sports are expressly political, and oftentimes locker rooms and arenas are the best microcosms of society.  Sports are not an apolitical machine and athletic contests don't happen in a vacuum. For these reasons, many athletes have used their platform to protest against societal inequities and injustices. With such knowledge, choosing to visit the White House cannot be viewed as anything but a political decision.

What's more infuriating is any attempt to suggest that we can sequester political beliefs to take a picture with the President of the United States when this particular administration has politicized our very beings as autonomous women. As feminist scholars teach us, the personal is political, particularly and most notably with this administration, which has sought to legislate any number of issues regarding our teammates' privacy and rights. If the Trump Administration had their way, many Wisconsin hockey alumnae would not be able to marry their partners.  Likewise, the clear influence that white nationalism plays in this administration also troubles many current and former Badgers, to say the least.  Those pictures and videos the seniors took will forever memorialize their decision to stand next to a man who openly bragged about his ability to grab us by our private parts with impunity.

For many of us, there is little differentiation between our lives and our politics.  Purporting to separate the two is disingenuous at best, and extremely dangerous at worst.  Attending this event and claiming that we can put mere political disagreements aside (as if they're simply petty political disagreements and not an explicit attack on our humanity) is a position only available to the most privileged in society.  To suggest one is able to disassociate the Trump administration's policies from our lives is a sign of willful ignorance, shocking naïveté, questionable judgment, or an attempt to shield and minimize shameful bigotry. Or all of the above.

When standing next to powerful figures and respectfully shaking their hands, we implicitly endorse them and their behavior, actions, and statements. By visiting the White House and standing next to President Trump, these seniors represented all of their teammates and support staff, past and present, LGBTQ+ and otherwise.  They represented their black teammates, those with ancestors from "shithole" countries, and women of color.  They represented their Jewish teammates.  They represented the women that came before them and various other marginalized and vulnerable communities the Trump administration has attacked during its tenure in office. And they gave their tacit stamp of approval to this president and his policies in service of a handshake and a photo op.

When Rolfes says she does not want this to be a political thing, I wonder whether last year's seniors reconciled how their decision to visit the White House would affect their teammates. Did they deliberate on whether their visit would be considered political to their LGBTQ+ teammates, the staff that supports them day in and out, or the many other minority alumnae? The seniors must know that this is about our lives, too, not mere abstract, politically convenient views or beliefs.  We cannot disassociate the things Trump has said about women and the actions he's taken against our LGBTQ siblings, communities of color, and other minorities from this decision to stand next to him and smile.

It is polarizing, particularly and most notably for those noticeably absent from the official picture: senior Annie Pankowski. While the motivations for her absence are publicly unknown, these refusals teach us we can still recognize our positions of power and privilege.  What is more, they teach us that standing up to this administration's cruelty is not tolerated and athletes are not exempt from demonstrating acceptance and compassion as citizens of the world. We always have the opportunity to do what is right, and unfortunately, the majority of Wisconsin's 2019 senior class chose to forgo that opportunity.

This is precisely why "stick to sports" retorts don't work. Actions such as these visits have meaning.  President Trump's actions too often hurt me and my forever teammates in our daily lives.  Candidly, it hurt to see these ladies standing next to this man and smiling, knowing they also represented me as a former Wisconsin Ice Hockey player.  To be associated with that man is damaging.  A decision such as this is polarizing for alumnae who want to share their pride in the latest championship, but now know part of that celebration was shared with a man that possesses such callous disregard for us as people, much less as strong, independent, diverse women.