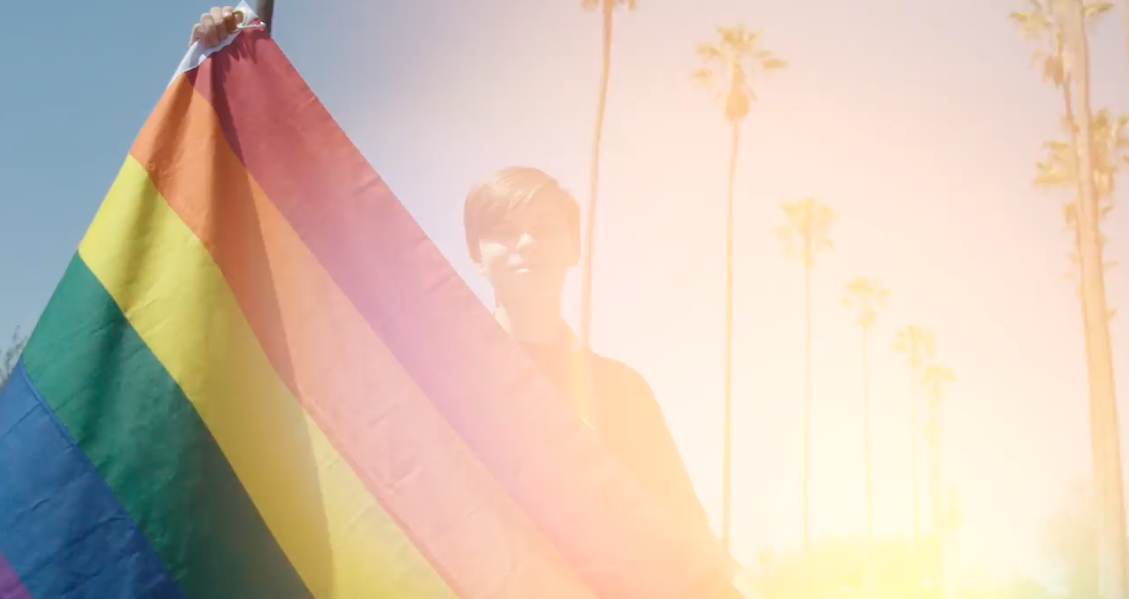 At the beginning of the 2019 Major League Soccer season, the league proudly unveiled its new "Soccer For All" ad campaign, proclaiming the league as a sporting community where all fans are accepted, and there is no place for racism, sexism, or homophobia on the pitch or on the terraces. This week is the start of Pride Month around the world, and MLS sides across the league will celebrate with rainbow captain’s armbands, "Love is Louder" scarves and pride-themed tifo, with the league coasting on its reputation as one of North America's most LGBTQ+ affirming thanks to out gay players past and present like Robbie Rogers and Collin Martin. MLS has declared it "Soccer for All" Month, and, like many profit-driven enterprises, will use the rich history of queer resistance to pat itself on the back for being so totally accepting.

But, as we've seen corporations prove time and time again during Pride month, the LGBTQ+ community is expendable if we get in the way of the bottom line, or, we are only valuable if we contribute to said bottom line. Over the past few weeks, a rumored impending announcement that MLS will be adopting Chick-fil-A as a league-wide corporate sponsor has supporters taking to social media to call out the hypocrisy of the league signing on a brand associated with anti-gay and anti-trans campaigning and retreating under broad, rosy platitudes about inclusion. As well they should – after all, the head of Chick-fil-A's charitable foundation even called contributions to anti-LGBT organizations part of a "higher calling." At least one club, FC Dallas, already has Chick-fil-A on board as a sponsor.

But courting the purveyors of controversial chicken sandwiches is hardly MLS leadership's only shortfall in achieving its "Soccer for All" ideal. The league still has an ongoing problem with a certain homophobic goal kick chant, and only a handful of individual clubs are dealing with it by name and tackling it head-on. Showing their utmost commitment to the safety of LGBTQ+ and other marginalized fans, the league and individual clubs have failed to properly address the rise of violent far-right groups in the stands, even after supporters begged them to do so. How are queer supporters, or anyone else for that matter, supposed to feel safe and affirmed when they know groups who have perpetuated anti-gay violence are in the stands? In fact, MLS has gone in the other direction – a mealy-mouthed response from Commissioner Don Garber, and more crackdowns on anti-fascist displays in stadia, most recently backed by the Portland Timbers front office. Garber's next press statement might as well be: "We're MLS, we can't properly keep homophobic chants in check but we can't risk hurting a Nazi's feelings!"

In addition to Major League Soccer's failure at addressing these matters, it's difficult to take "Soccer For All" seriously from a league who still counts big-money homophobes among its staunchest investors. In addition to those who donate to politicians who push anti-gay policies, Philip Anschutz, whose Anschutz Entertainment Group (AEG) was one of the founding investors of MLS and still owns the Los Angeles Galaxy, has donated hundreds of thousands of dollars to anti-gay and anti-trans causes.

Of course owners can do whatever they want with their money, and it's probably safe to assume no one who is wealthy enough to own a professional sports team has entirely clean hands. All wealth is immoral and exists at the subjugation of those who have less. And the state of our current capitalist culture means that MLS is extremely unlikely to censure or otherwise speak out about how its owners have invested their wealth. But it is deeply frustrating to watch Major League Soccer remove banners with such messaging as "Refugees Welcome" and "Fascism and Racism Are Bad" while welcoming the likes of Robert Kraft and Carl Lindner III, key investors in the political leadership that necessitated such messaging.

With every failure to address hate in the stands, or corporate partnership with those who back homophobia and transphobia, Major League Soccer has proven that it doesn't care for its LGBTQ+ players or supporters beyond a feel-good branding exercise.

If there is any hope for queer fans and players in MLS to enjoy the game we love in a safe, affirming environment, it will not come from the top-down, but from supporters and from clubs. It will come from anti-fascist fans at New York City FC who work to signal boost and keep each other safe, groups like Minnesota United's Dark Clouds who offer clear, concise policies and strategies for combating homophobic chants and LGBTQ+ groups like Los Angeles FC's Pride Republic, which works alongside the LAFC front office to combat homophobia.

Until Major League Soccer catches up and recognizes that actions speak louder than social media campaigns, this Pride Month, we will have nothing but feel-good platitudes, and those are not enough.