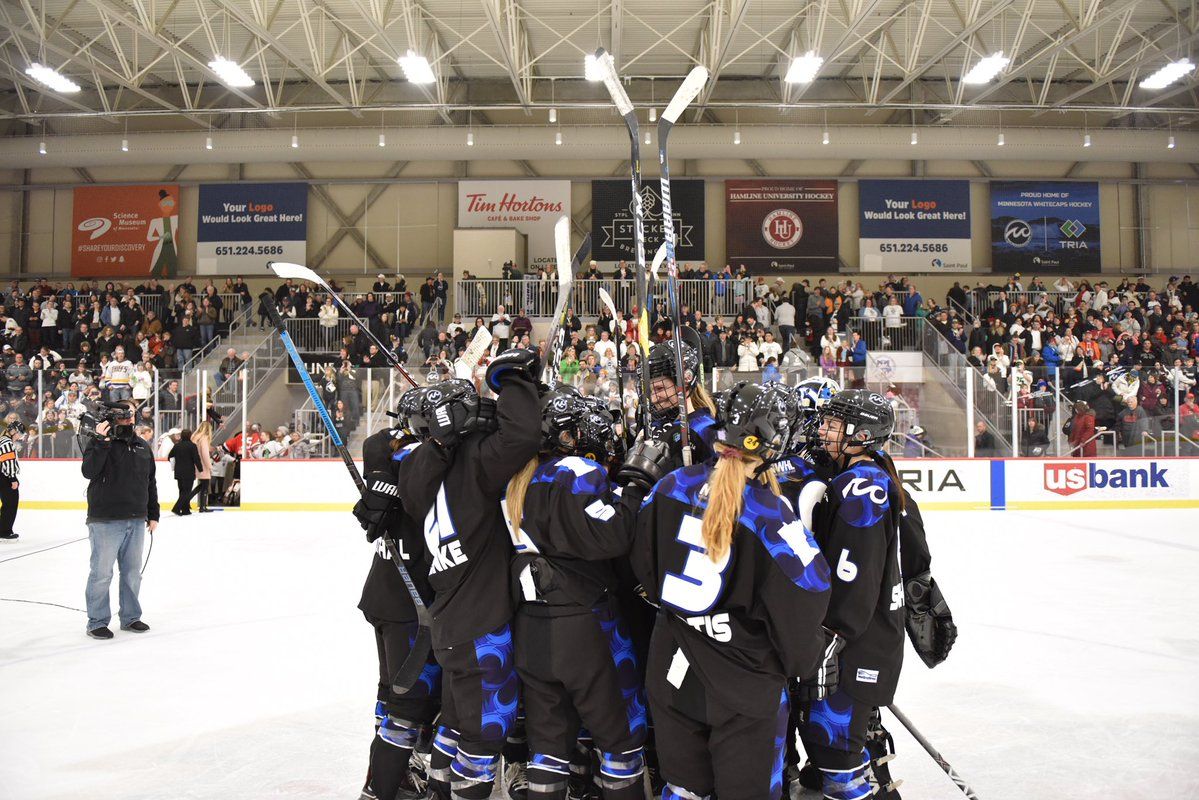 Heading into the 2018-19 NWHL season, many expected the Minnesota Whitecaps to contend for the Isobel Cup. They weren't wrong – the Whitecaps finished the season atop the league and are now set to play for the Isobel Cup on Sunday. The Buffalo Beauts, meanwhile, extend their streak and will compete in their fourth consecutive Isobel Cup Final.

If the Beauts win, they'll become the first team in NWHL history to earn a second championship. If the Whitecaps win, they'll capture their first championship and become the fourth team in as many seasons to win it all. It could go either way, and Sunday's game will certainly be an entertaining one to watch.

How They Got Here

The Whitecaps won six straight to open their first NWHL season; they finished the season on similar terms, winning five straight at the end of the regular season. Minnesota was consistently atop the league and showcased a lot of offensive prowess as well as strong goaltending in Amanda Leveille.

Regular season success put the Whitecaps in a position to host a semifinal game against the Metropolitan Riveters. After travel issues caused the game to be rescheduled, the teams finally met on Friday. Minnesota came out strong, and with the Riveters missing several key components, the Whitecaps were victorious by a score of 5-1.

The Beauts started off the season a bit shakier, going 4-4 in their first eight games. After that, however? They finished the season on an incredibly strong note, winning seven straight before dropping their regular season finale. The Beauts ended the season ranked second in the NWHL thanks in large part to goaltending from Shannon Szabados and Nicole Hensley.

Finishing second meant the Beauts got to host a semifinal game against the Boston Pride. Buffalo had no trouble whatsoever and captured a 4-0 win over the Pride on home ice.

With the aforementioned travel issues, the Beauts as a team decided to sacrifice their chance at a home championship game and agreed to the NWHL moving the championship to Minnesota, regardless of who their opponent would be. As it turned out, with the Whitecaps' defeat of the Riveters, the game would've been in Minnesota regardless.

The Whitecaps won three of four games against the Beauts during the regular season. All three of their wins came by just one goal, so they were close games. Buffalo's win, meanwhile, was a 4-0 victory. The teams last faced off on December 30, and a lot has happened since then.

There were a few players that led their respective teams in the season series, including Buffalo's Maddie Elia. Elia, one of the top scorers in the league, put up five points – including three goals – against the Whitecaps during the season. Dani Cameranesi registered three points, including a goal and two assists. For Minnesota, Katie McGovern had a goal and two assists, while Kate Schipper had a pair of goals against Buffalo during the regular season.

Both Minnesota and Buffalo have strong netminders. Expect Amanda Leveille in net for the Whitecaps on Sunday, with Shannon Szabados likely facing off against her at the other end.

Leveille appeared in 16 games in the regular season and had a 2.90 GAA and .923 save percentage. Her season included a pair of shutouts. She also registered 35 saves in the semifinal win over the Riveters.

Szabados appeared in 15 games for the Beauts, going 6-3-1 with a 1.49 GAA (best in the league) and .934 save percentage. Like Leveille, her season also included two shutouts. Szabados recorded a 31-save shutout in the semifinal win over the Pride.

Keys to a Championship

The Whitecaps have been in a winning position all season. They know how to win – they've proven that – and they'll have a home crowd supporting them in Sunday's championship game.

One point where the Whitecaps can improve: taking advantage of power plays. They scored only four goals on the advantage during the regular season (7.5%), one of the worst power plays in the league (behind only Connecticuts' 7.3%). It's certainly an area where they can capitalize, but at the same time, they'll have to overpower the Beauts' penalty kill, which was second-best in the league (91.7%).

Minnesota was strong in the third period during the regular season, with 23 of their 53 goals coming in the final frame. If they can figure out how to spread that offensive wealth out a little bit better over the sixty minutes, they could find themselves winning a championship in their inaugural NWHL season.

Many players on the Beauts already know what it takes to win an Isobel Cup. Although the team has been through a lot this season, including their coaching change, they finished the season off strong and will need to capitalize on the road to win the championship.

The Beauts took a lot of shots in the regular season, with a league-high 546. Their shooting percentage was also pretty good (10.4%) and it'll be key for them to solve Leveille. Put a lot of shots on net, get pucks deep and pounce on the rebounds.

Goaltending will be a huge factor for Buffalo. At times this season, Szabados has seemed absolutely unstoppable. If she puts up another big performance on Sunday, the Whitecaps will have trouble beating her – and it'll be up to the Beauts' offense to get some goals on the board.

Sunday's game is set for a 1:00 PM Central puck drop – that's 2:00 PM Eastern. If you're in Minnesota, you can purchase tickets (starting at $30 for general admission) online here. Otherwise, plan to watch the game online via Twitter. Like in years past, the Beauts are also hosting a watch party at 716 Food and Sport.