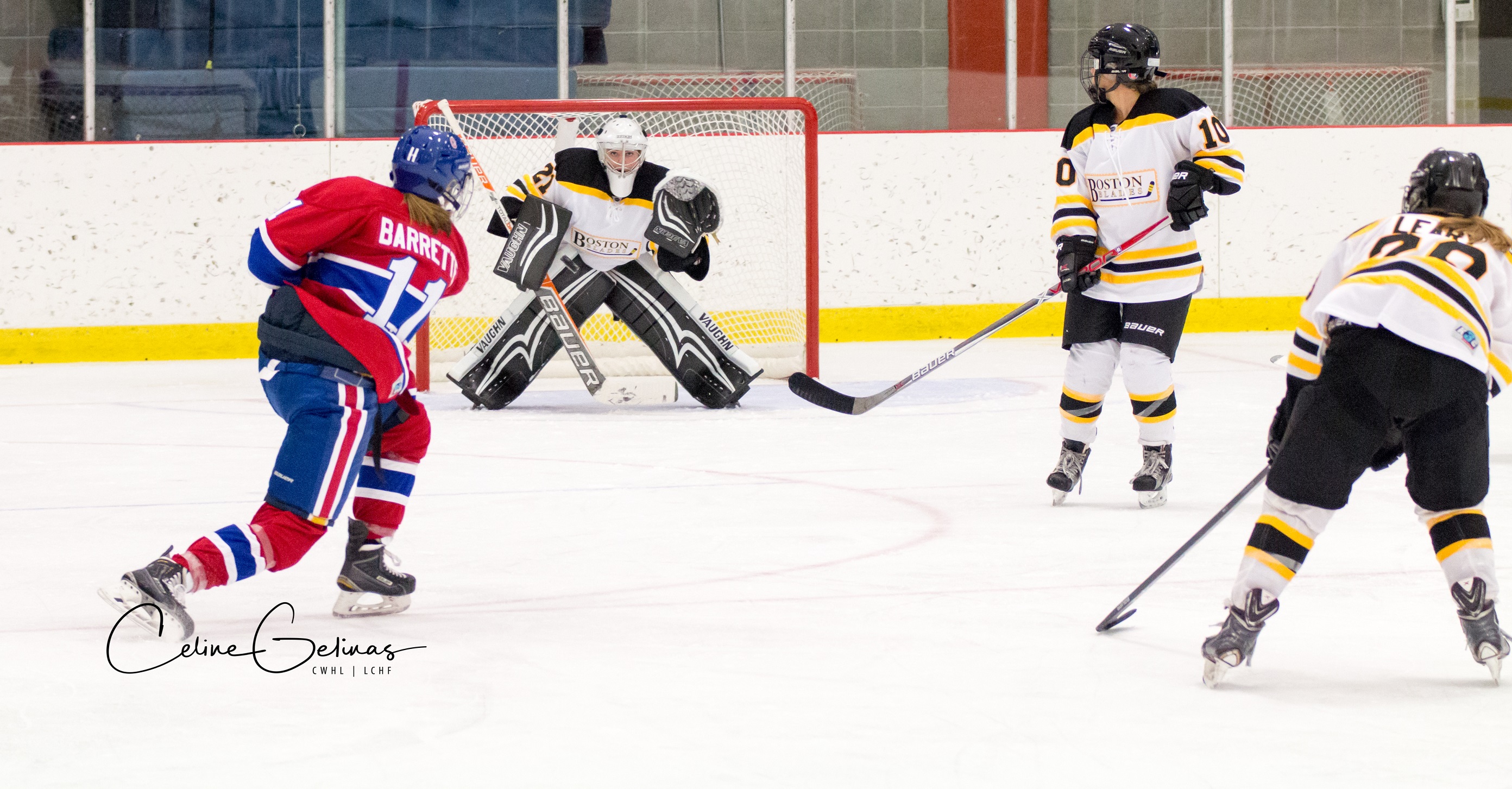 The 2018 CWHL Draft takes place in Toronto on Sunday, August 26. The draft order is the inverse of the regular season standings, with no set number of rounds -- selections will continue until every registered player is chosen. Only prospects who have registered are eligible to be drafted. In order to accommodate players' off-ice needs, each CWHL prospect designates up to three "acceptable locations" when they sign up, and only teams based in those locations are able to take them.

This year's draft class features 65 players, including six 2018 Olympians and 10 athletes representing seven senior national teams. Because the option to pre-sign top prospects was introduced this year, some of the top-12 selections have already been made. This is what the opening two rounds look like:

The Erin Ambrose trade to Montreal sent a number of 2018, 2019, and 2020 draft picks from Les Canadiennes to Toronto and changes the first and third round orders in 2018, but from the fourth round onwards, the draft order follows the standings. However, Montreal's trade with Calgary for Jillian Saulnier and Geneviève Lacasse indicated that the return could come in the form of future draft picks. Should they choose to fulfill all or part of that trade this year, Montreal could send picks to the Inferno. Currently, teams hold the following selections:

Though fewer players have registered for the CWHL draft than in the past two years, this class may be the deepest since 2015 -- a year when every single Calgary draftee through the first six rounds either was or became an Olympian. All four Canadian teams seem poised to add several impact players. Shenzhen stands to be the least active, as most of its new players will be free agents who spent last season with the now-contracted Vanke Rays. The lack of clear Blades prospects is somewhat concerning -- only 11 U.S.-born players are available, and several of them are expected to go elsewhere. The draft registration form listed Boston as the team's location, so it's also worth asking whether the recent official relocation to Worcester, Massachussetts will affect players' willingness to join the Blades.

This year's draft features a particularly strong goalie class, though only a few teams lack depth at the position. Markham, Montreal, and Shenzhen all have strong tandems, so expect Calgary, Toronto, and Worcester to be the main shoppers. That said, players' designated acceptable locations may restrict their options -- UConn standout Annie Bélanger will likely go to Montreal, where she'll unfortunately be battling Emerance Maschmeyer and Geneviève Lacasse for playing time.

Meeri Räisänen, Alex Rigsby, and Shea Tiley highlight this group, with Kimberly Newell (pre-signed with Shenzhen), Japanese Olympian Akane Konishi, and Bélanger providing interesting depth options. Tiley is expected to go to Toronto, and with six top-20 picks, the Furies have plenty of room for more. Calgary's down to one returning netminder with the retirements of Delayne Brian and Toni Ross, so the Inferno will likely aim for Räisänen and Rigsby. Räisänen has expressed interest in Boston, Calgary, and Toronto, so if she's kept all three on her list, expect the Blades to scoop her up early. If not, the Inferno -- who've used both their pre-signings and don't pick again until the third round -- will hope Toronto and Markham are satisfied with their trios and let her fall to them.

Markham, Montreal, and Toronto stand to gain the most at defense, as a number of promising players with Quebec and Ontario connections have registered. Marie-Joëlle Allard, Catherine Daoust, Caroll-Ann Gagné, Quebec-raised Swiss Olympian Nicole Gass, and Taylor Willard are all likely to wind up with Les Canadiennes. Meanwhile, Mellissa Channell, Julia Fedeski, and Lauren Williams headline the 10 defenders (of 22) who list Ontario hometowns. Canadian national team veteran Halli Krzyzaniak has already pre-signed with Calgary, and Northeastern grad Tori Hickel is expected to join her sister Zoe on the Inferno.

Canadian Olympian Sarah Nurse is the star at this position, but half of the registered forwards have some form of national camp or international competitive experience. Victoria Bach and Ailish Forfar have already pre-signed with Markham, and Bach's Boston University linemate Rebecca Leslie pre-signed with Calgary. Finnish Olympian Venla Hovi is expected to join Leslie on the Inferno, as are Eden Murray and Kaitlin Willoughby. Along with Nurse, Brittany Howard leads the unsigned GTA prospects, while former Clarkson standout Geneviève Bannon, who last year announced her retirement to pursue graduate school before promptly reconsidering and moving to Sweden, has pre-signed with Montreal. The Blades would've been bolstered by BU grad Nina Rodgers, but she signed with the NWHL's Connecticut Whale on Monday. In her absence, Quinnipiac grad Meghan Turner may be Worcester's best bet at adding offensive power.

Only four teams made use of the opportunity to pre-sign draft prospects, combining to fill just seven of the 12 available slots. While choosing a single designated location can neutralize any advantage of pre-signing for some players, it's surprising that three of five GTA places went unused. Pre-signing offered Toronto-area prospects rare autonomy over which team they'd wind up with; now all but two will be on the board come draft day. The Furies have four picks before Markham's next selection at 15, though, so pre-signed or not, the top remaining GTA prospects likely know where they're going.

The 2018 CWHL Draft begins at 3:00 PM Eastern on August 26 at the Mastercard Centre in Toronto.