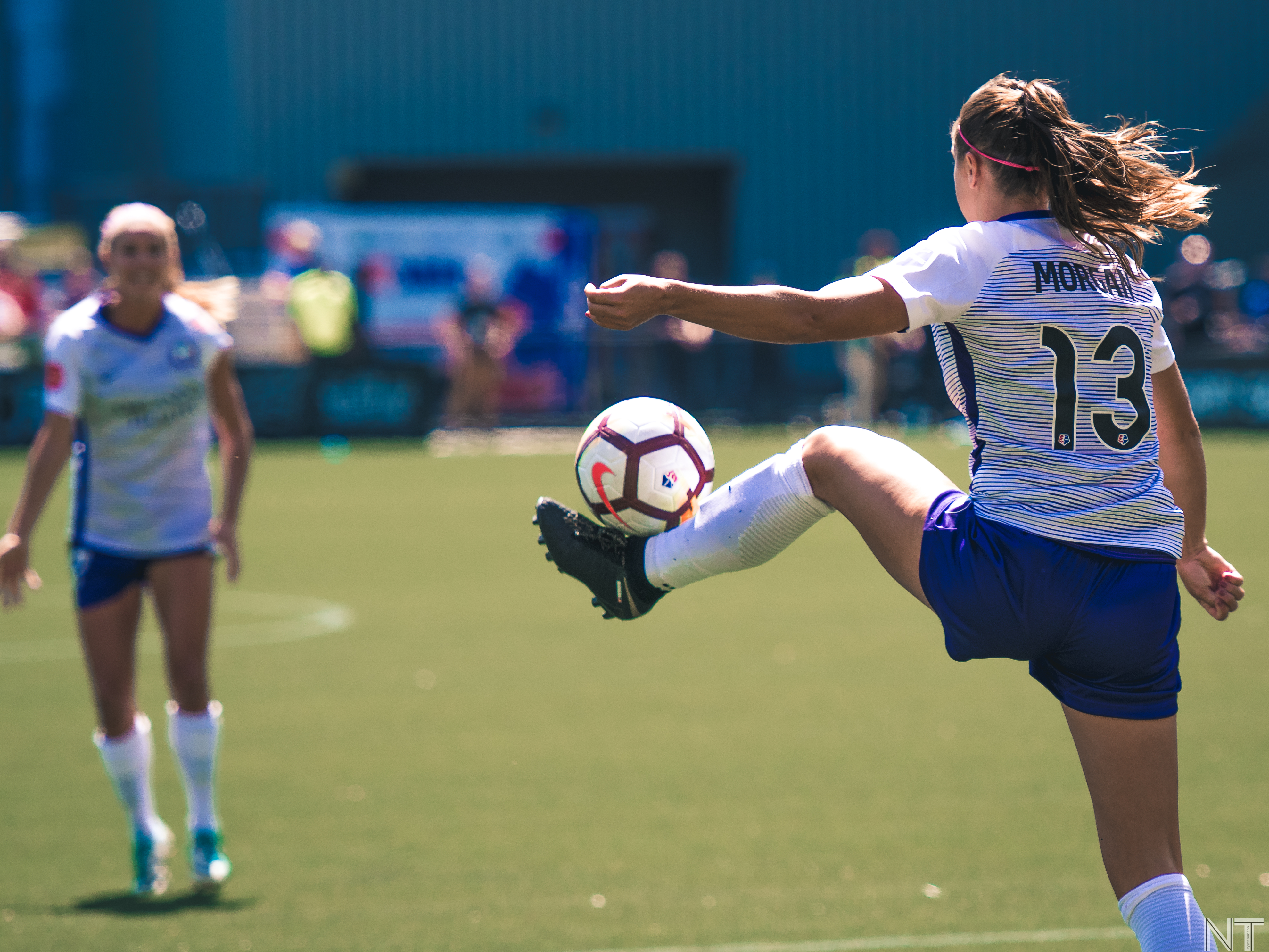 There were lots of games this week, so this week's edition will be quick and dirty. North Carolina is still firmly in control of the NWSL, while the race for the other three playoff slots is still red-hot. Orlando and Portland both had tough weeks. Utah and Chicago are on the rise. Seattle is grinding out results.

Orlando went up in the 21st minute on a goal Alex Morgan snuck in after the Dash defense thought Shelina Zadorsky was offside. Always play to the whistle, folks -- the goal was eventually ruled fair as Christine Nairn's service deflected off of Clare Polkinghorne before falling to Zadorsky, who was in an offside position.

In any case, it wouldn't have mattered, since in the 79th minute Kealia Ohai put an equalizer past Harris with a long-range shross from the left. A few minutes later, Sofia Huerta notched her second in two games with the Dash, slotting home a penalty conceded by Mônica on a handball in the box. A disappointing end for an Orlando side that dominated most of the game.

The Royals were hoping for some fireworks to mark Christen Press's much-anticipated debut, but Vlatko Andonovski's well-drilled defense kept them off the board. Utah finished the game with 18 shots, and although the majority of them from outside the penalty area, Michelle Betos came up big on a few occasions to keep the clean sheet. Despite not scoring, Press didn't disapppoint, looking every bit the attacking threat Laura Harvey's team has been lacking.

If it wasn't quite time for Thorns fans to worry the team might not get their act together in time before this match, it probably is now. Shorthanded yet again, with both Tobin Heath and Emily Menges scratching late, and Emily Sonnett subbing off at halftime, Portland dominated the first half and somehow only put one of ten shots in the back of the net. After the half, the home side let Sky Blue back into the game, and Celeste Boureille eventually conceded a penalty in taking Carli Lloyd down just inside the 18. Lloyd struck her kick breezily past A.D. Franch to grab Sky Blue's third point of the season.

Orlando dropped three more points Saturday with a lopsided loss to the Courage where the visitors scored three goals in the space of three minutes. The first, in the 37th minute, came after jaw-droppingly lax defending by the Pride, complete with Mônica taking a step back to hold Lynn Williams onside, left Debinha to get an open shot on goal. Two minutes later, an Orlando defense packed into the penalty area let Merritt Mathias get a crack from wide right, and she fired off a screamer that practically spun Ashlyn Harris in a circle as it flew past. Just a minute after that, Crystal Dunn played Jessica McDonald in and she easily slotted her shot home.

The second half was marked by poor offensive decision-making from a rattled Orlando side and numerous missed shots by North Carolina's forwards. Regardless, this Courage team that always manages to create enough chances to make up for the ones they miss.

The Royals gave Sky Blue something like the beatdown they should have received midweek in Portland, after Press notched her first with her new team and Katie Stengel put away a brace.

Press's seventh-minute goal was all too easy for Utah, who capitalized on a disastrous bit of defending, with a service by Katrina Gorry slipping past three Sky Blue defenders to the far post, where Mandy Freeman had just sort of forgotten about one of the world's best forwards. Stengel took care of the second and third goals, one off a nice through ball by Press and the other a header off a free kick by Gorry. Carli Lloyd got one back in the 62nd minute.

Portland's bad week got worse on the road Saturday. The Thorns contained Seattle up until the second-to-last minute of regulation time, with youngster Ellie Carpenter matching up well against Megan Rapinoe on Seattle's left wing and A.D. Franch playing out of her mind—including one eye-popping save where she dove and snagged a ball out of the air that any other keeper in the league would only have been able to turn aside. Seattle, though, was ultimately to break through in the 89th minute, when Rapinoe finally beat Carpenter and sent in a cross that skipped past the entirety of Portland's defense. There was nothing Franch could do to stop an unmarked Jodie Taylor from tapping the ball in. An important result for Seattle and a cruel ending for Portland.

As with so many Washington games, it's hard not to just throw up your hands in resignation here. The biggest takeaway wasn't about the perpetually shambolic Spirit, but about how Chicago didn't make this more of a beatdown. The distance between the pre-Casey Short half of Chicago's season and the half we find ourselves in now is large. As Vanessa DiBernardo gets more minutes, that improvement will continue. And Yuki Nagasato and Sam Kerr are finding each other consistently, which is a joy to watch—Nagasato's diving header goal off a Kerr service in the 60th minute is worth playing over and over. But between a few seriously whiffed chances and the fact that the ball looked to be coated in grease whenever it got near Aubrey Bledsoe or the Washington goal—Meggie Dougherty-Howard let in a howler of an initial goal while marking the far post—it's clear that this Chicago team is still climbing toward their ceiling.

Keep an eye on North Carolina-Chicago midweek and Portland-Utah on Friday. Chicago has always had North Carolina's number -- last season they beat them in every regular-season meeting and in May of this year they stole a 1-1 draw. They have as good a chance as anybody as handing them their second loss on the season. For the Thorns, meanwhile, this third and final match against Utah is as must-win as they come, with both Portland's dignity and the ever-more-urgent scramble for points both on the line.