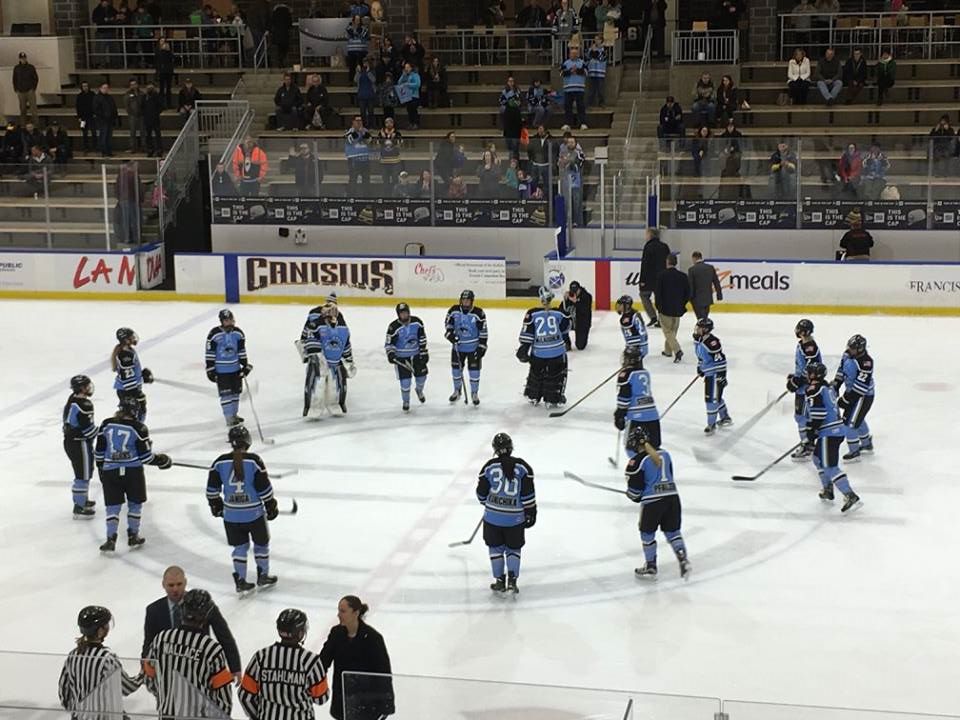 As of noon on July 6, 29 players have signed with the NWHL's five teams for the 2018-19 season, including most recently Emily Fluke and Rachel Ade with the Connecticut Whale.

Each team has now signed at least two players, with the Buffalo Beauts still leading the league with a whopping 14 players signed, including all three goaltenders.

Here's a look at each team's free agency situation as we head into the rest of the offseason. There are still plenty of roster spots left, as well as at least one coaching vacancy still open to public knowledge.

The Pride recently added Miano, who is the leading scorer among defenders in Boston College history. She led all NCAA Division I defenders in scoring last season as well, with 43 points (18-25) in 38 games.

“I’m joining this great league and organization because of my love of the game, drive to win a championship in Boston, and pursuit of consideration for the
U.S. national team as I continue my development,” Miano said.

Miano was a top-ten finalist for the Patty Kazmaier in 2018 and joins a host of Boston College alumnae who have played, or will play, for the Pride in the team's history, including goaltender Katie Burt.

The Pride still have a lot of space to fill. Will Brittany Ott return to the crease? What about Janine Weber, Jillian Dempsey, and Dana Trivigno? With a new head coach behind the bench, it'll be an interesting rest of the offseason for the Pride.

The Beauts have made a lot of impressive additions this offseason, including Babstock, Cameranesi, Hensley, and most recently, Shannon Szabados. With the Pegula family taking the helm for their first full season and GM Nik Fattey signing players like it's nobody's business, the Buffalo team that hits the ice in fall will look quite different.

As the Beauts look to make the Isobel Cup Final for the fourth consecutive season, they've still got a few open roster spots, including one for potentially returning Olympic defender Emily Pfalzer. Who else will head to -- or return to -- Buffalo?

One other notable player who has not yet re-signed with Buffalo: longtime Beaut Kourtney Kunichika. Kunichika was the only player who has spent all three NWHL seasons with the team, but has yet to sign anywhere for the upcoming season.

The Whale finally got on the board with their first free agent signings, which were both re-signings, on July 6.

Fluke led the Whale with 11 points (4-7) in 16 games last season, while Ade had two assists as a defender on Connecticut's backend. Both will be entering their second NWHL seasons.

"I’m very excited to be back with the Whale again this season, and I am looking forward to what this new season will bring for our team, the league, and women’s hockey in general," Ade said.

Other than these signings, it's been very quiet on the Connecticut front. However, it was confirmed that Ryan Equale will return as head coach of the Whale, so that's a start.

The Riveters are slowly building the team that's going to defend their Isobel Cup championship. Amanda Kessel was a great (re)-addition, and bringing back their trio of goaltenders was a strong start to the season.

The team also recently re-signed Nash and Morse. (Note: Morse is listed as a forward-defender.) Nash is entering her second NWHL season, and had five points (2-3) in eight games last season. Morse had two goals in 13 games with the Riveters last season.

However, while the Riveters are building their roster, they're missing one thing: a head coach. Chad Wiseman, who left to coach in Ontario, has yet to be replaced, and it's unclear who is in charge of processing the team's signings. Though it has been suggested that the league itself may be helping with this, that information has not been confirmed.

The Minnesota Whitecaps are the NWHL's newest team, but they're still missing a lot of pieces. It's possible that many of the team's players from last season could sign, but at this point, we don't know what's going to happen. It's also possible that some of the US national team players who hail from Minnesota could elect to return to their home state and play for the Whitecaps, but again, nothing is certain.

Brandt and Stecklein will be fabulous additions to the NWHL, and Leveille's return to Minnesota is both logical and exciting. But again, just like with the Riveters, we don't know who will be coaching the Whitecaps next season.