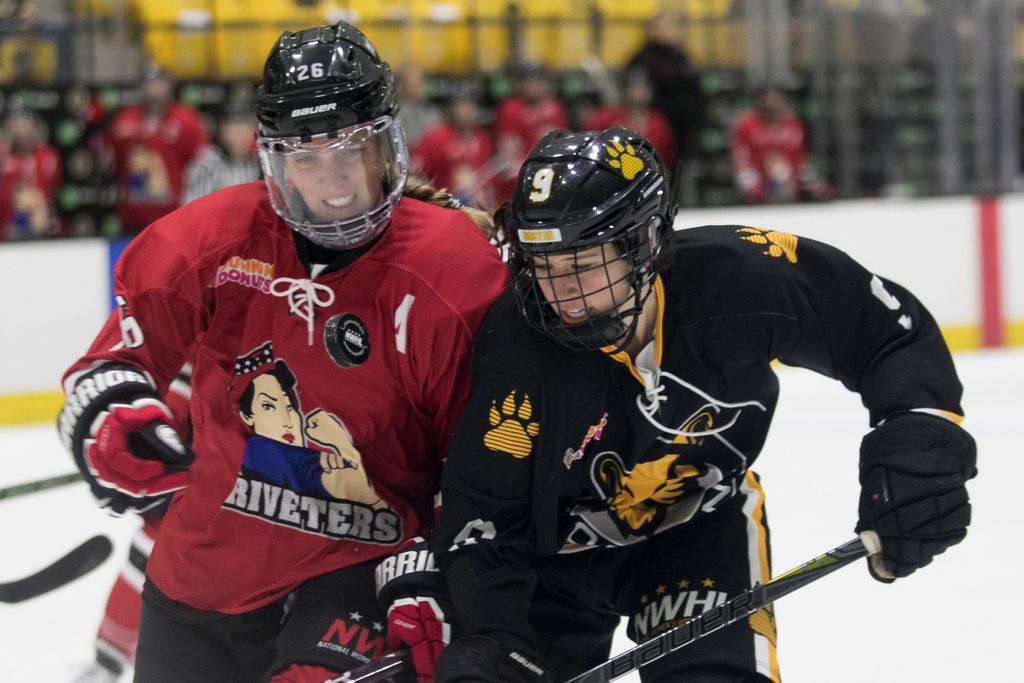 The final weekend of regular season action in the NWHL is complete. As we await the upcoming Isobel Cup Playoffs, let's take a quick look back at the Beauts' and Riveters' wins this past weekend. Both games were 4-1 decisions.

With a win over the Connecticut Whale Saturday night, the Beauts finished their regular season with an impressive 10-game winning streak.

The Whale got on the board first, thanks to a significant chunk of sustained zone time. Amanda Boulier took a shot from the top of the faceoff circle, which found the net behind Amanda Leveille.

That would be the only goal Connecticut would find, however, as the Beauts scored four unanswered tallies to win the game, including three in the second period.

Sarah Edney tied the game on a power-play goal from the top of the faceoff circle just 6:02 into the second period. Jordan Juron, who just signed with the Beauts prior to the deadline this week, put Buffalo in the lead on a juicy rebound goal.

Less than eight minutes later, the Beauts were up 3-1 on a glove-side shot by Hayley Scamurra that found its way into the net through a Whale player's screen.

Edney added her second of the game on an empty-netter with 32 seconds to play in regulation.

Amanda Leveille made 32 saves in the win. The Beauts also put in goaltender Kelsey Neumann for the final 32 seconds of play, her first game action of the season.

Sydney Rossman stopped 18 shots in the loss for Connecticut.

Riveters End Season with a Win

The top team in the NWHL finished their regular season with a victory over the Boston Pride Saturday night. The win came, in large part, due to Madison Packer, who recorded the first -- and only -- hat trick of the NWHL season to take the league's scoring title.

Packer opened the scoring less than halfway through the first. Jenny Ryan kept the puck in the Riveters' zone; a pass to Erika Lawler resulted in a long pass, which found Packer in front of the net for the goal.

She would then score her second of the game in the second period. After an offensive zone faceoff, the Riveters and Pride played back-and-forth action behind the Pride net. Courtney Burke had a shot to Packer at the point; a huge rebound came out, which Packer picked up for the 2-0 lead.

Her impressive game continued later in the second period, as she found herself with a breakaway toward the Pride net. After she failed to score, Boston picked up the puck and went the other way to score. Jillian Dempsey snagged a pass from Emily Field, and Sydney Daniels jammed the puck in from in front.

Packer completed her hat trick with just over two minutes to play in regulation on a goal from the top of the faceoff circle. Miye D'Oench, in her first game since January 7, added an empty-netter.

The Beauts will host the Pride for the first Isobel Cup semifinal on Saturday at 5:30 PM Eastern. The Riveters and Whale then face off Sunday at 7:00 PM Eastern.