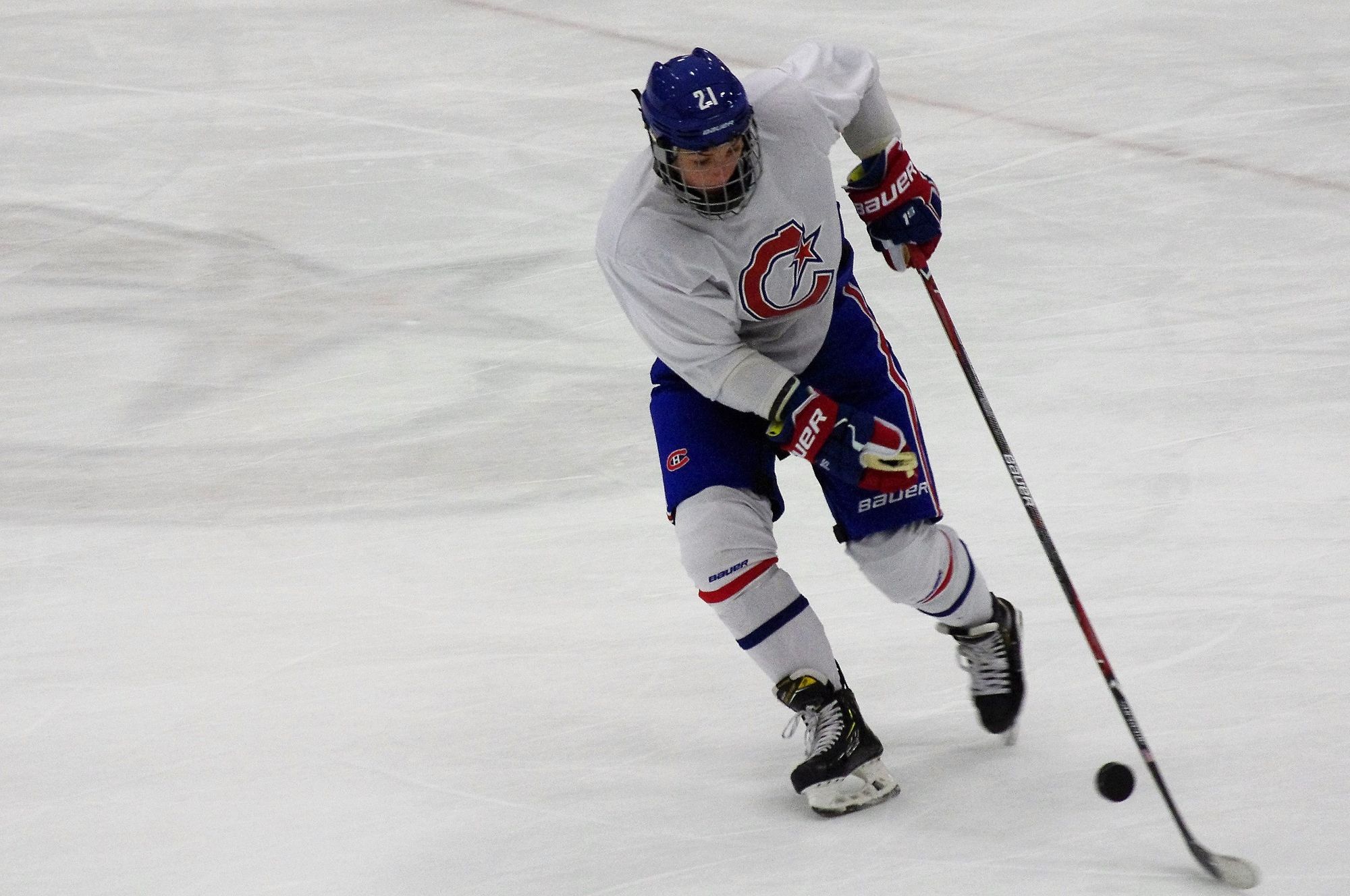 Hilary Knight is joining Les Canadiennes to be in Montreal and play hockey. It's actually that simple.

By now we've heard every narrative on the books, from a hypothetical blood feud between Knight and NWHL commissioner Dani Rylan, to a (non-existent) bigger paycheck, to the definitely-very-imminent take-over of the CWHL by the NHL and subsequent failure of the NWHL.

This wasn't decided yesterday or even within the month -- Knight didn't come to Montreal because she accidentally missed the NWHL signing deadline by 48 hours. She's not here for all those lucrative Québécois sponsorship deals available to an Anglo-American in a francophone market (though she threw in a "Je suis excitée [de] jouer avec Les Canadiennes" for good measure). And she's not here purely out of spite.

"I've been up here a handful of times just because a lot of my friends play up here," she noted when asked when the move solidified. "I fell in love with the city when I went to St-Viateur, then had lunch at Mandy's and fell in love a little bit more, and then I went to Magpie for dinner and it was a done deal."

The condensed version of Knight's local food tour isn't exactly the full story, but it more or less does get the point across: she's in Montreal because it's where she wants to be.

"The girls up here are amazing," she continued. "They sort of joked around a couple years ago and I was thinking about coming up for a few years, but it wasn't the right timing. But now I'm really excited for this opportunity."

That Knight's been considering a move to Montreal for a few seasons now isn't exactly out of left field. After suiting up for an ad-hoc all-star team in the city at the 2016 Theresa Humes Invitational, she went so far as to say point-blank that "it would be great if [she] could come up here and play." The timing now might seem to be an omen or a sign of a major shift in the landscape of North American women's hockey, but even if it does coincide with one, it's more than likely somewhat coincidental. The period after an Olympic Games and at the beginning of a new quadrennium has always been a convenient time for athletes to make moves that prioritize their off-ice interests, and she's been eyeing this one for a while.

She says she chatted with Julie Chu before adopting her childhood hero's number 21 jersey and that her dog, Winnie, is settled in and loving the snow. During practice she looked no worse for wear from all the travel, and drilled a lethal penalty kill unit alongside Caroline Ouellette that, if used, threatens to be any opponent's nightmare.

Perhaps more surprising than the choice of location is that she's juggling CWHL play with a continued roster of U.S.-based public appearances. Between the Olympics themselves and the subsequent media tour, Knight's hardly had time to settle down, or even spend more than a couple days in one place.

"I think I got my first great night's sleep the last... two nights? Actually, this past night," she said with a laugh. "So it's been quite a whirlwind, but at the same time it's awesome that everybody wants us in their city, in their town. That's part of the success that you need to go out and share and inspire the next generation, or people [in general], even if they're not in sport. So it's a tremendous amount of responsibility but it's also a lot of fun, too."

It doesn't stop now that she's back on the ice, either. She's featured on a panel at South by Southwest in Austin, Texas on Saturday afternoon, which is why her debut with Les Canadiennes won't come until Sunday.

Despite the busy schedule, she says that foregoing the rest of the hockey season to focus on promotional opportunities wasn't an option. If women's hockey is going to garner increased attention in the years beyond the Olympics, drawing those viewers in now is crucial.

"It was important for me to continue playing just because I love the sport and I feel like it's a responsibility -- if we can and if our bodies are capable, both mentally and physically -- to continue to bring eyeballs and viewers to the professional leagues.

It might well be by accident that you get introduced to ice hockey in Montreal -- Knight highlighted the city's hockey culture and having the local crowd behind her rather than against her as aspects she was looking forward to. But the higher level of attention that already exists in this market can only help in growing a platform.

"[It's still a matter of] fighting kind of what we've been fighting before," she said of her off-ice goals going forward. "But it's just continuing the conversations and the dialogue, and kind of looking back, too, and reflecting on what we can change and how we can move forward in a better direction."