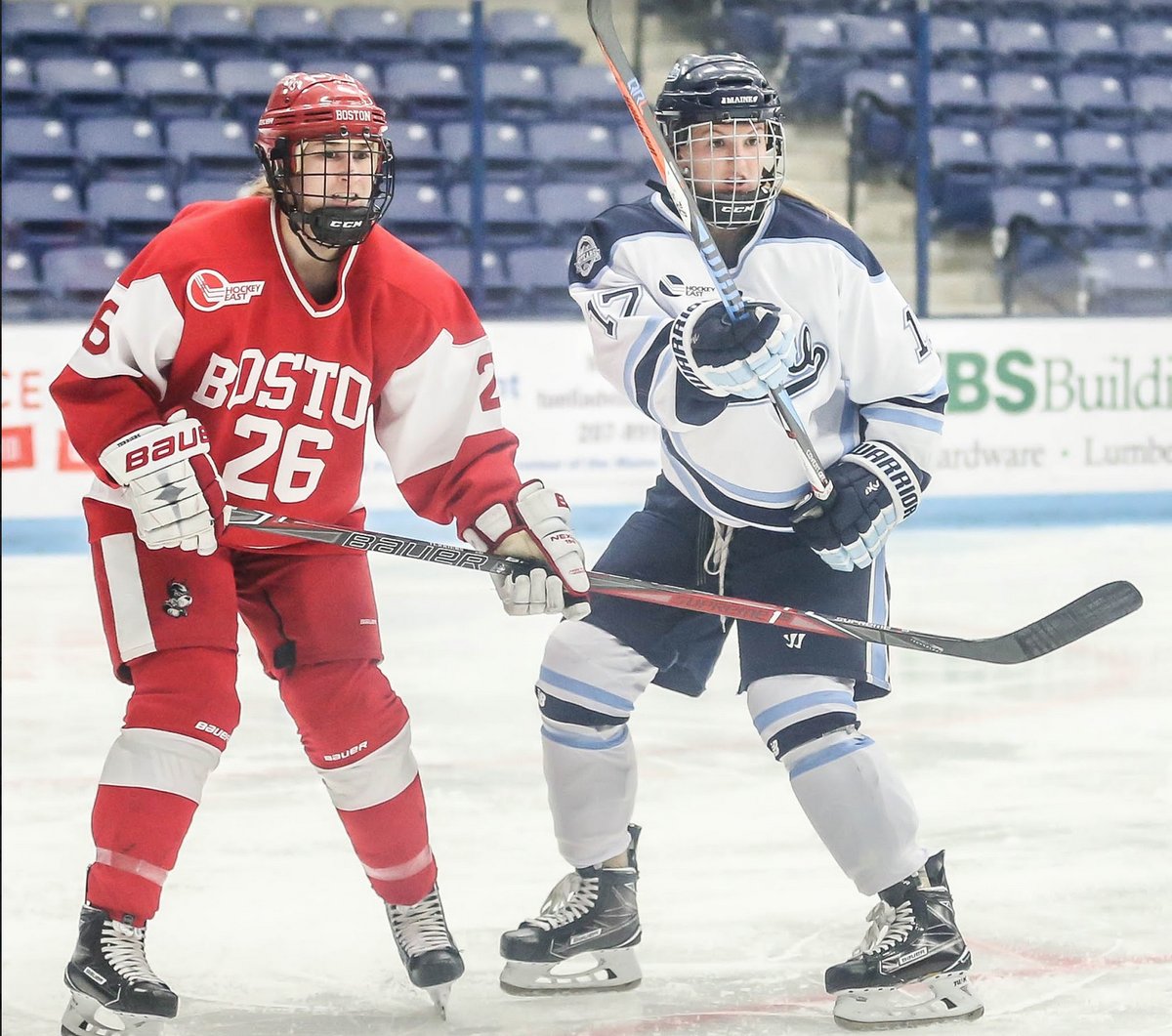 It's the playoffs! First round conference tournament matchups are happening three of the four conferences this weekend.

Friday, Saturday and Sunday (if necessary) at 2:00 PM Eastern

Though Boston College swept the three-game regular season series over Vermont, it was just by a combined four goals. The Catamounts have to be the scariest no. 8 seed any team has faced in recent memory.

Vermont had a stretch in January where they earned a tie with Providence, beat Minnesota, and pushed BC to the limit. They were a slim margin from having a few more marquee wins. They struggled a bit in the final weeks, but should be entering this series with BC with all the confidence in the world. The Eagles lead the nation, averaging more than four goals a game, but the Catamounts held them in check over their series and are capable of the upset.

Boston College has the two top-scoring forwards in the game, both of whom were just named Patty Kazmaier Top-Ten Finalists. They won ten of their last 11 games and seem to be destined for the Frozen Four. But Vermont seemed to have them at least a bit figured out a few weeks ago and the Catamounts have nothing to lose. That could prove a potent and dangerous combination for the Eagles to overcome.

Watch: A paid stream is available through Syracuse. It appears a $6.95 24-hour pass would get you both games.

The CHA is the only confernece still playing regular season games this weekend. Robert Morris currently has the top spot in the conference, with a two point lead over Mercyhurst and a four point lead on Syracuse.

The top two teams in the conference get a bye into the semi-finals next weekend and the Colonials can assure they are one of those two teams by securing just a single point this weekend. Mercyhurst is playing RIT, a team with just a single confernece win, so RMU has to assume that the Lakers will win out and finish with 29 points.

While Robert Morris and Mercyhurst have been worried about each other at the top, Syracuse has quietly close the gap behind them and will be looking to steal some points. They had their work cut out for them, but with so much as stake, these should be some very entertaining games.

Friday, Saturday, and Sunday (if necessary) at 2:00 PM Eastern

The Black Bears have never won a Hockey East Tournament game, going 0-11 in their previous tries. But they are now the home team and hosting a BU team they swept during the regular season, earning three wins.

Maine had a stellar middle part of the season but struggled at times down the stretch. Goaltender Carly Jackson leads Hockey East with a 1.88 goals against average. Boston University has never had to travel for the Hockey East quarterfinals before -- they've always finished as a top-four team. They'll be looking to Patty Kazmaier Top-Ten Finalist Victoria Bach to lead them offensively. Maine outscored BU 11-5 over their three regular season games.

Both teams will be looking to make a run as it looks like their only chance at an NCAA bid is to win the conference tournament.

↓Canada -- The Canadians lost their first Olympic gold medal game in 20 years and goalie Shannon Szabados lost her first ever Olympic game. BECAUSE THE AMERICANS WON THE GOLD MEDAL! The Canadian roster was almost entirely former or current NCAA players, with two exceptions who played in CIS/U Sports. The American roster consists entirely of former or current NCAA players.

↓St. Lawrence-- The Saints lost to Harvard this past weekend and, barring a run in the ECAC tournament, are unlikely to make the NCAA tournament.

↑Wisconsin -- The Badgers completed their program's first-ever regular season sweep of Minnesota with a pair of wins over the Gophers at home last weekend.