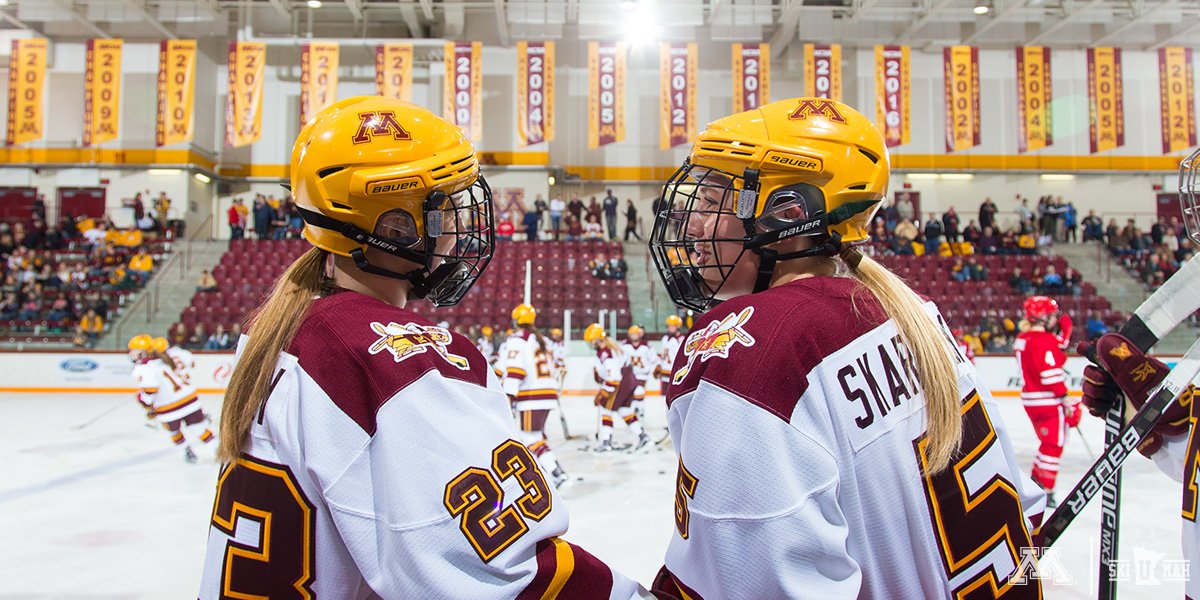 Each of these teams suffered losses last weekend that they probably shouldn't have taken and are looking to rebound. Robert Morris is atop the CHA, but Mercyhurst and Syrcause are just three points back and Mercyhurst has two games in hand. Ohio State has experienced a pretty steady slide since losses to Wisconsin early in the season, but have managed to keep themselves ranked.

This is a non-conference showdown, so the points aren't in play, but both of these squads need the momentum and confidence that could come from a weekend split -- as well as the quality win points they'd get in the Pairwise for wins over a ranked opponent.

RMU made a run to the post-season last year and returned much of that roster. That they're faltered a bit here at mid-season is definitely a little concerning. They had looked like they'd made a big step forward, but not so much recently. It looks like at this point, the team who wins the CHA tournament is the only one who'll make the NCAA tournament. With the way Mercyhurst and Syracuse has come on, it's no longer assumed that team will be Robert Morris.

Watch: Streamed for free on ESPN3 on Friday. On TV through NESNPlus on Saturday or streamed on StretchInternet.

On paper, this is a series that should be all Boston College, but between the fact that it's a big rivalry and that Northeastern is the only squad to have beaten (1) Wisconsin so far this season, this is definitely up in the air.

Something about the Huskies tends make the Eagles play a little less disciplined, taking more penalties and giving Northeastern some odd-player opportunities. BC is absolutely stellar on offense, but is still trying to figure out a way to shore up the defense with three of their players having made the US National Team for the Olympics. Senior Toni Ann Miano is the highest-scoring blue liner in the country, but that doesn't speak to their ability to get in front of the puck.

BC basically scores so much and possesses the puck so long that other teams simple don't get a lot of opportunities to score. If teams can interrupt that at all, they have the chance to put the Eagles on their heels a bit.

Northeastern hasn't been as good as they should have been this season. One thing that means is that there's a high ceiling that they still seem to have the capability of reaching. At this point, they also have pretty much nothing to lose.

Brittany Bugalski can be one of the best in the net when she's on and she could frustrate the youngsters at BC who are used to scoring at will.

Vermont is another team that seems to be underperfoming a bit this season. What they have done in recent years is come up big in big games against big opponents. They can be sneaky good and they seem to play their best under the toughest circumstances.

These cross-country series are always nice to have as a reference when the season starts winding down and we look to figure out how to compare teams that don't ever meet. Seeing how Minnesota fares here will be a nice benchmark for comparing some of the WCHA teams to Hockey East teams.

Minnesota has made a pretty massive comeback from some struggles early in the season. There have been bumps in the road and that's frankly not something the Gophers usually have to deal with. Good on the players for being able to handle the adversity and responding really well. The problem with being a top program is that you don't tend to be up against the wall, so it's never quite certain how everyone will respond.

Cornell struggled last Friday against Quinnipiac without regular goalie Marlene Boissonnault. She was back in net on Saturday, so I'd expect her to play this weekend. Without her, the Big Red are certainly more vulnerable.

Harvard has quietly worked their way back to form after an abysmal season last year. Colgate, Clarkson, and Quinnipiac sit tied on top the ECAC with 16 points each, but Harvard is right behind with 13. Cornell is currently one point back of them with 12 conference points. The Crimson hasn't had to face the top teams in the conference yet, so this weekend will be a good test of where their recovery efforts stand.

Cornell currently sits on the cusp of making the NCAA tournament, but there's a lot of games left and a lot of chances for things to go wrong in the postseason tournaments. They need all their wins to stay in contention for an NCAA at-large bid.

↑Boston College's Daryl Watts -- The freshman phenom continues to have a season most can only dream of. She leads the nation in goals (29), assists (30), and points (59).

↓St. Lawrence -- The Saints, who were ranked at high as No. 4 this season, fell out of the top ten this week. They are 4-4-1 over their past nine games.

↑Maine -- The Black Bears cracked the top ten in polls this past week. Currently sitting at No. 10, it's the highest Maine has ever been ranked. For a team picked to finish last in their conference, it's a huge accomplishment for the squad who's currently third in Hockey East.

↑Wisconsin fans -- The Badgers have six remaining home games and announced on January 5 that all of those games are already sold out. While some teams struggle to pull in 100 fans a game, Wisconsin continues to sell more than 2,000 tickets a game, well in advance. That kind of support is unbelievable.