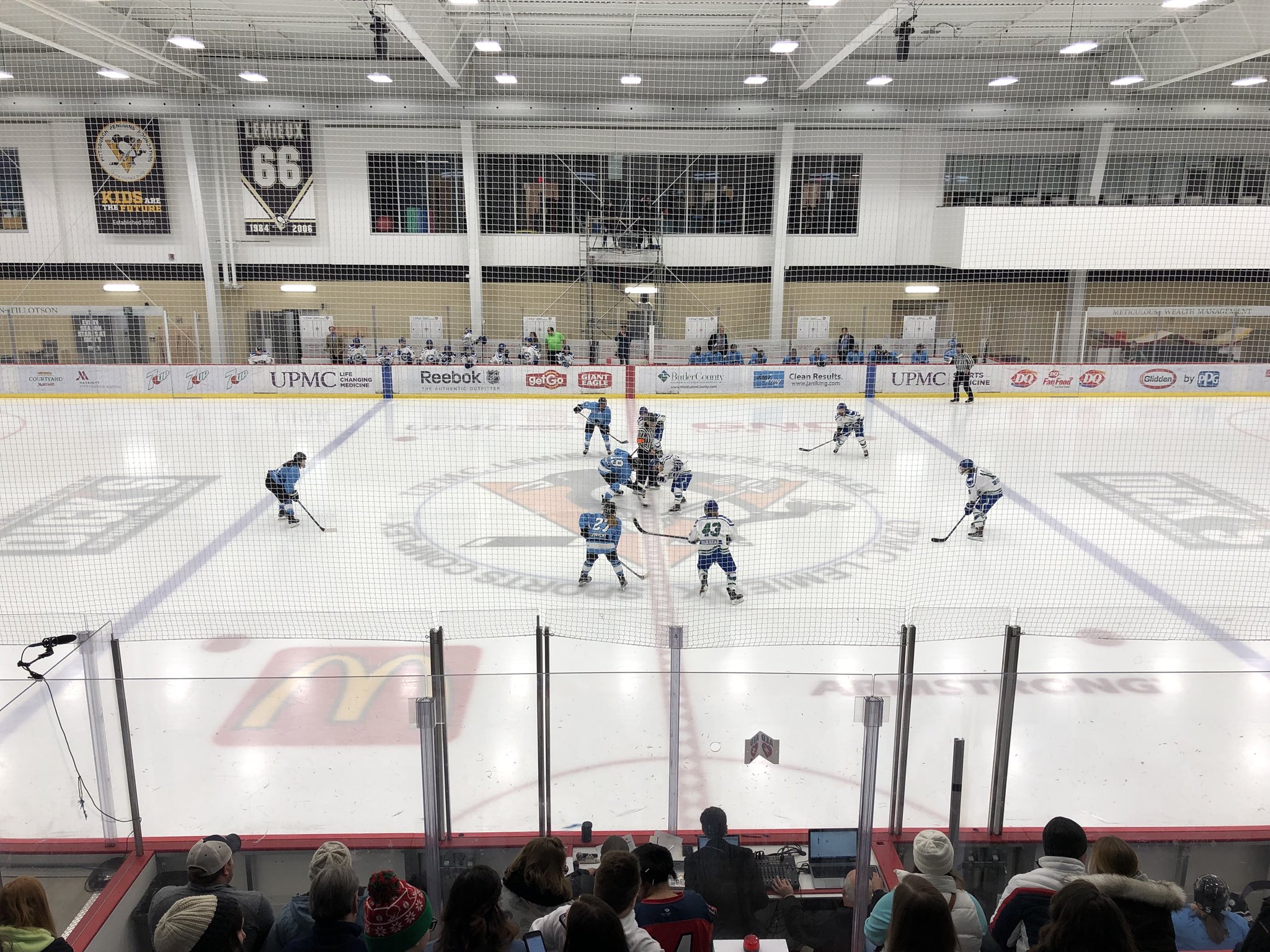 It was a light weekend in the NWHL, with just one game on tap as the Connecticut Whale hosted the Buffalo Beauts in Pittsburgh, PA.

The league-leading Metropolitan Riveters, and the Boston Pride, both had the weekend off. Despite the bye week, the Riveters maintain first place in the NWHL with a perfect 8-0-0 record and 16 points, but the Beauts are slowly climbing up behind them and now have 10 points on the season.

Both the Whale and Beauts were missing players in their game due to the Team NWHL vs. USWNT series of games happening this weekend down in Florida.

The Whale were without Kelly Babstock, while the Beauts were missing several players: Hayley Scamurra, Jess Jones, Sarah Edney, and captain Corinne Buie.

Despite missing these key players, the Beauts found a way to win.

Emily Fluke opened the scoring just over three minutes in, but Buffalo quickly tied it less than two minutes later on a goal by Maddie Elia.

The Beauts then took the lead on a power-play tally by Taylor Accursi. Vint carried the puck in close to the net; it bounced its way through the crease and eventually found Accursi, who slammed it home.

After a scoreless second period, the Whale tied it on their own power-play goal by Sam Faber under seven minutes into the third period.

The back-and-forth continued, as Rebecca Vint regained the lead for Buffalo with under seven minutes to play. Vint's unassisted tally saw her skate through four Connecticut players before putting the puck on net.

Just 22 seconds after Vint's goal, however, it was tied once more, as Meghan Huertas scored for the Whale.

The tie was broken for the final time on a "Beaut"-iful goal by Lisa Chesson with 3:36 to play in regulation. Chesson's first goal of the season came after a backhand pass by Taylor Accursi; Chesson took the shot and got the puck in behind Sydney Rossman.

LISA CHESSON WITH HER FIRST OF THE SEASON PUTS US BACK ON TOP! #BUFvsCTW pic.twitter.com/nCiEt5sZRo

The NWHL returns to regular game action this coming weekend with three games in two days.

On Saturday, January 20, the Beauts host the Whale in a rematch of the game in Pittsburgh. The Pride and Riveters open up a home-and-home in Boston on Saturday before traveling to Newark on Sunday.