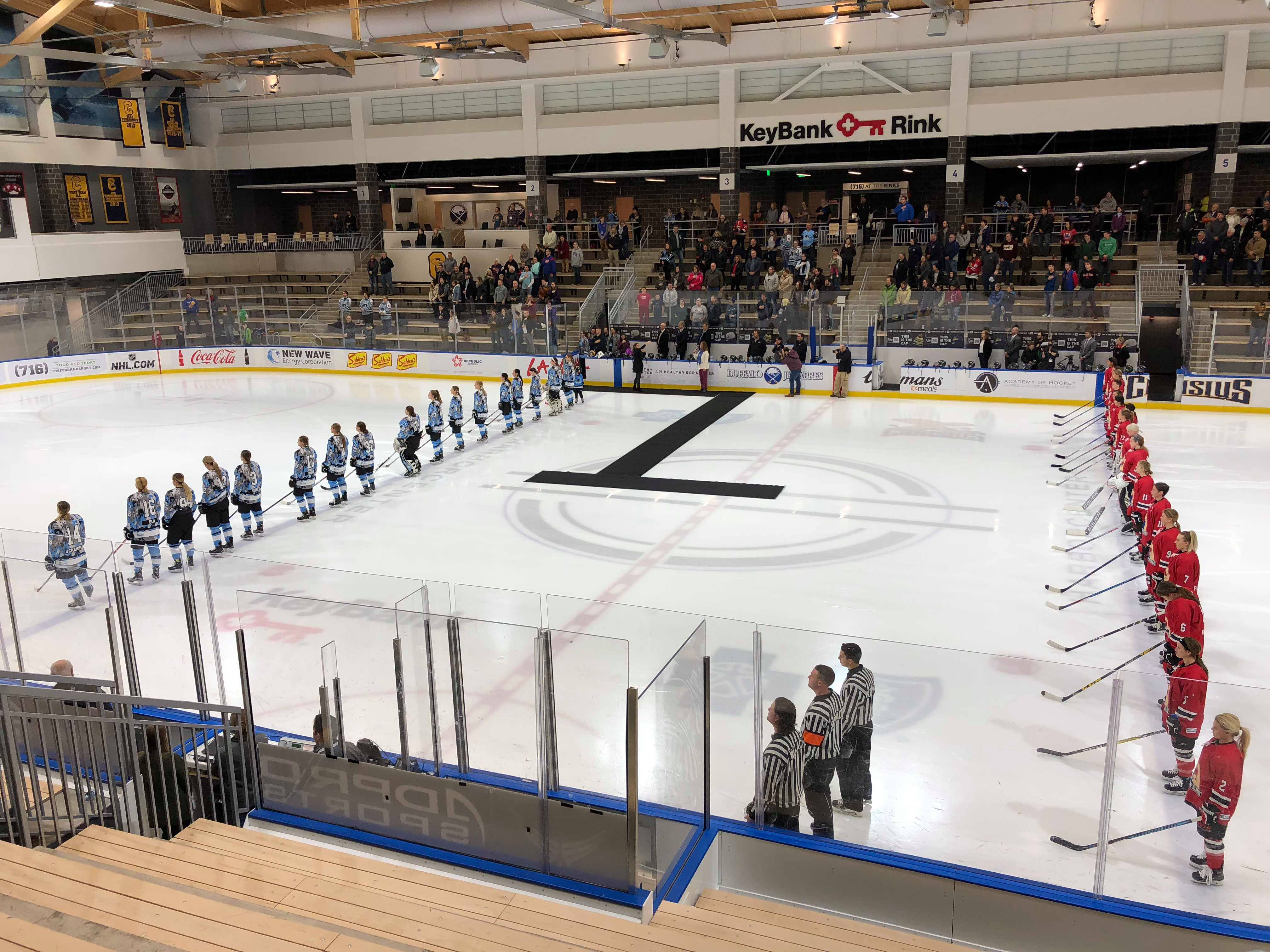 For two and a half years, the NWHL owned and managed all four teams in the league. Now, as of December 21, 2017, that's no longer the case, as Terry & Kim Pegula have acquired the Buffalo Beauts, becoming the first non-league owners of an NWHL team.

The Pegulas and their management company, Pegula Sports & Entertainment, announced the acquisition of the Beauts on WGR550 radio's "The Instigators" show Thursday morning. The Pegula family owns the NHL's Buffalo Sabres, NFL's Buffalo Bills and NLL's Buffalo Bandits. They also own HARBORCENTER, the building where the Beauts have played since 2015.

"Their commitment to Buffalo has been unbelievable, and Kim's commitment to women is really unprecedented, what she's doing for this team," said NWHL commissioner Dani Rylan.

This marks the first time the owners of an NHL team have purchased a team in a professional women's hockey league, an historic move for women's hockey. It also marks the second connection between an NHL team and NWHL team this season, as the New Jersey Devils announced a partnership with the Metropolitan Riveters earlier this season.

"We want to contribute to the growth of women’s hockey," Kim Pegula said in a press release.

"HARBORCENTER has allowed us to make a positive impact on the game at the amateur, high school and collegiate levels, and we believe this is the perfect time to expand our reach to include women's professional hockey through the NWHL. This sport provides outstanding opportunities, and we are committed to helping extend those opportunities to females of all ages," Pegula added.

"This extraordinary commitment from Kim and Terry Pegula – a complete acquisition of one of our Founding Four teams by NHL owners – is a landmark moment for the NWHL, our players and fans, and women’s hockey," Rylan said.

Although the Beauts are the first team to be independently owned, this isn't completely unexpected -- it's a move the league has been preparing for since its beginning, at least in some small way.

Back at the inaugural NWHL All-Star Game in 2015, held in Buffalo, Rylan noted that if at some point, the "right" investor or franchise owner presented themselves, the league would consider it. Now, nearly three years later, that moment has arrived.

In October, just after the Devils-Riveters partnership was announced, Beauts co-head coach Ric Seiling had this to say about a possible partnership with the Sabres: "I think that's always been the goal, to assimilate with an NHL team. Hopefully at some point in time that happens with Buffalo."

Beauts players on Twitter reacted to Thursday's announcement, with goaltender Kelsey Neumann calling it "a huge step in the right direction for women's hockey." Colleen Murphy reflected similar thoughts, calling Buffalo her "second home" and saying she "could not be more proud and honored to be a part of [Pegula Sports & Entertainment.]"

As a result of the ownership, Pegula Sports & Entertainment will now take over the operations of the Beauts. As for what exactly that means -- well, that's still to be seen. It's unclear at this point how game/team operations, media attention, sponsorships, etc. will be affected, particularly since this is unprecedented, and there are a lot of resulting questions.

The Beauts, however, will still maintain the same salary cap as the league's other four teams.

The Beauts, one of the NWHL's Founding Four teams, are the reigning Isobel Cup Champions. With a host of new players this season, including talent such as Jess Jones and Taylor Accursi, they're currently second in the league and 3-4-0 on the season.

The NWHL is currently on its holiday break, with game action returning on January 6 when the Beauts host the Boston Pride. The Riveters and Connecticut Whale face off the following afternoon.