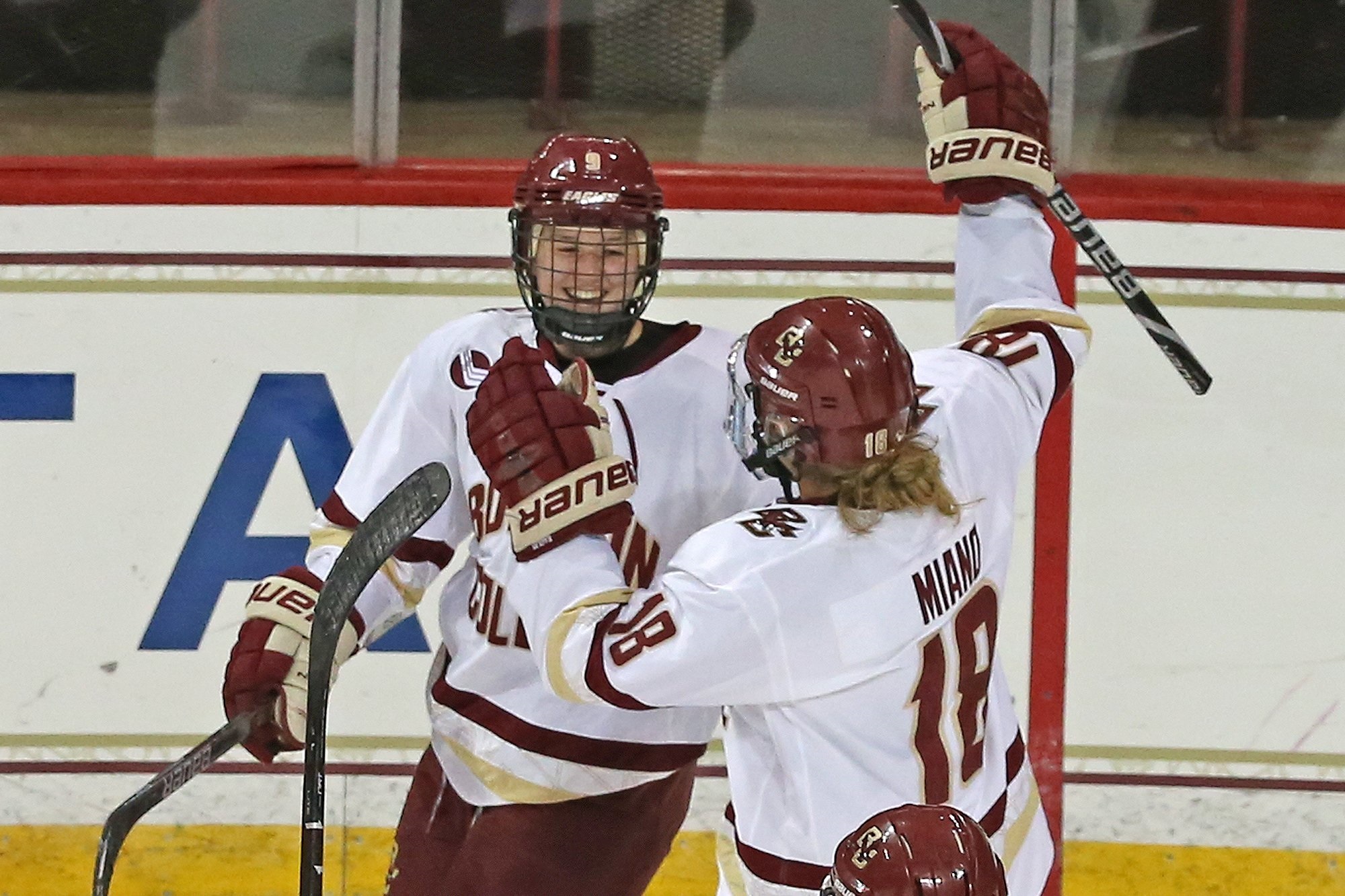 This might be the game I'm most excited about early in the season. It's been difficult to get a true read on either of these squads thus far and both will be facing some of the toughest competition of their season.

Clarkson doesn't seem to have lost much ground after winning last year's title. Colgate showed they were a team on the rise last season and have only gotten better.

The Golden Knights have been the cream of the crop in the ECAC for a few seasons now and no one has been able to really challenge them. On paper, the Raiders seem to be strong competition and should prove a worth adversary.

I think Colgate has what it takes to beat Clarkson, but it's a single game, not a series, and the Golden Knights are at home, so it's tough to pick against them. Either way, it should be some brilliant hockey.

I honestly don't think Clarkson comes out of this weekend unscathed. Cornell has yet to play, so it's hard to choose them to be the ones to do the upsetting. Colgate's more primed to win, but on paper, Cornell has a heck of a lineup and should give the Golden Knights plenty to handle.

The Ivy League schools all start their season a few weeks after the rest of the teams and therefore always come in a bit behind and rusty. If the Big Red have been using their extra offseason time well, they may be the team to give Clarkson fits.

Cornell starts their season with a stretch of tough games, starting with St. Lawrence and Clarkson, then Quinnipiac, Princeton, and Wisconsin. If they want to be in the conversation in February and March, they have to do well through this stretch. There's a lot on the line for them.

Watch: Online streams available through BTN Plus at $9.95 a month.

When the Badgers beat Minnesota in December 2015, they broke a four-year, 18-game winless streak against the Gophers. Since then, the teams have mostly split their season series -- last year they each won a game in Madison, including the Badgers 8-2 drubbing of the Gophers, before they tied twice in Minneapolis.

The Gophers have won four straight after a bit of a bumpy start to the season. There's been quite a learning curve for Minnesota as they look to replace numerous players who graduated or are centralized with either Team USA or Team Canada.

In my experience, the relative talent of either team is somewhat moot in these meetings -- both teams play to their very best when they meet and the rivalry is unlike anything else. It'll be tough and physical and probably come down to special teams or the goalies.

↓Minnesota-Duluth -- The Bulldogs dropped out of the national polls for the first time since last season's pre-season poll. They've started the season 2-6-0 and 0-4-0 in the WCHA.

↑Colgate -- The Raiders were unranked in the pre-season polls and have steadily climbed to the no. 5 spot.

↓St. Lawrence -- The Saints are just 2-2-2, not the start they'd hoped for this season. They face two ranked opponents this week and have to hope they can pull out a win or two this weekend.

↑Clarkson freshman Elizabeth Giguere -- It's never easy to break into the lineup for the reigning national champions, but Giguere is tied for most points so far this season as she's scored seven goals and added seven assists through eight games this season.

↓Boston University -- It hasn't gotten any better for the Terriers, who have just one win this season and host Boston College this week.