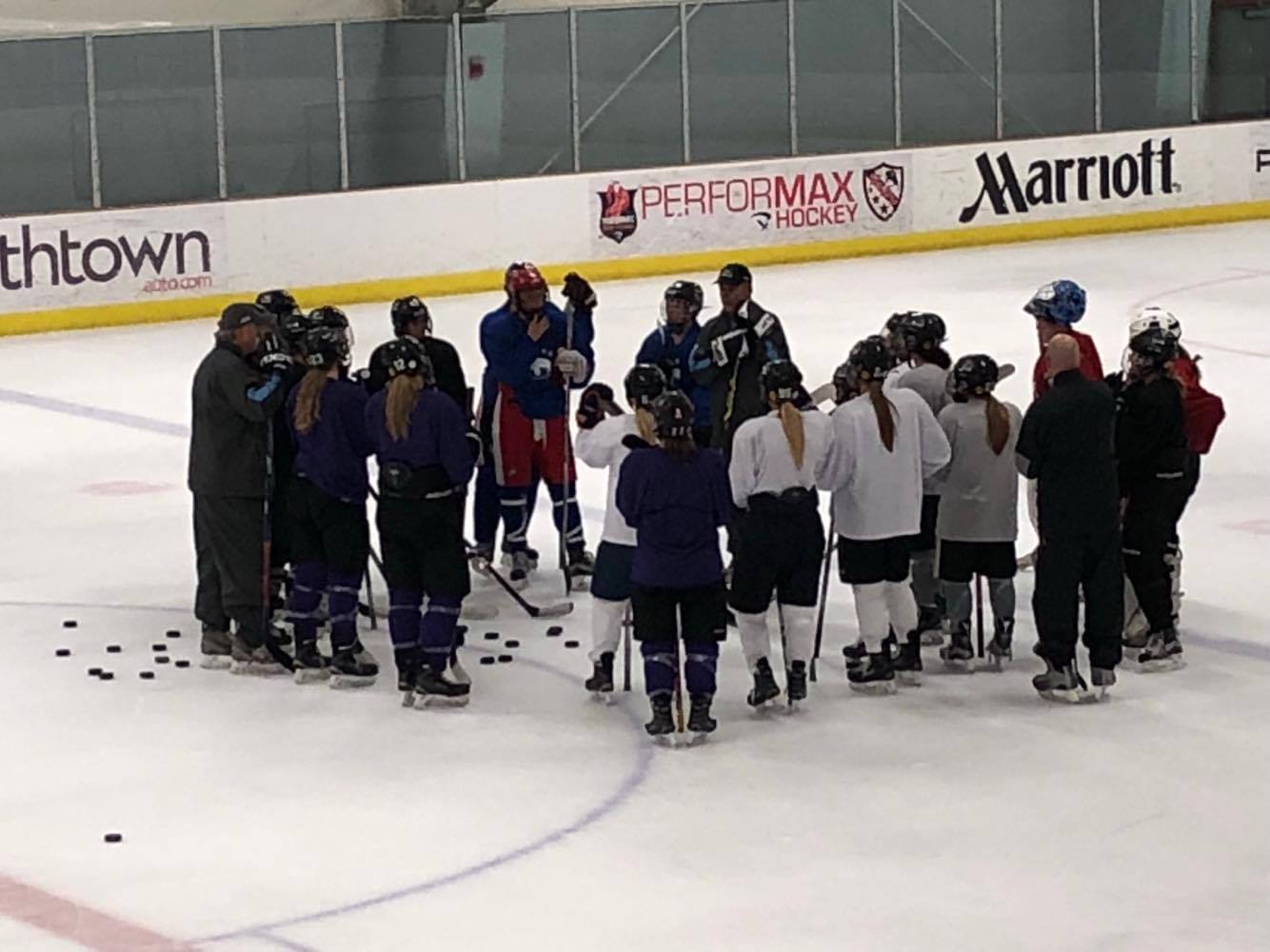 The National Women's Hockey League kicked off its third season on Saturday afternoon, with all four teams in action in a pair of exciting games.

The Metropolitan Riveters hosted the Boston Pride in the first-ever NWHL game to be held in an NHL rink, while the Connecticut Whale opened their season at their new rink, Terry Conners Ice Rink, against the Buffalo Beauts.

The Riveters and Beauts each opened their seasons with wins for the first time in franchise history. The Riveters topped the Pride 4-1, while the Beauts narrowly edged the Whale 3-2.

Harrison Browne opened the scoring for the Riveters, putting his team up 1-0 with a shorthanded tally less than halfway through the first period at Prudential Center. Miye D'Oench and Alexa Gruschow added goals to make it 3-0 after two periods of play.

The Pride got on the board with under nine minutes to play, with Meagan Mangene making it a 3-1 game. Ultimately, Boston was unable to come back, and the Riveters notched an empty-netter to seal the deal.

Katie Fitzgerald stopped 30 of 31 shots faced in net for the Riveters, while her counterpart Brittany Ott stopped 28 of 31 shots against. The game, hosted at Prudential Center as part of the partnership between the Riveters and the NHL's New Jersey Devils, hosted over 2,000 fans in attendance.

Rookie Taylor Accursi put Buffalo on the board with a power-play goal just 3:07 to play in the first period. Sarah Shureb then made it 2-0 in the second period, and Hayley Scamurra upped her team's lead to three early in the third period.

With the Beauts holding steady onto a 3-0 lead, things looked good for them to start off with a victory. That got shaky late in the third, as Buffalo gave up two goals in a short span. Grace Klienbach and Sam Faber potted goals for the Whale, and Connecticut looked dangerous.

Nonetheless, Buffalo was able to hold back the Whale and secure the 3-2 win. Amanda Leveille stopped 20 of 22 shots, while Sydney Rossman stopped 34 of 37 shots against.

All four teams will be in action on Saturday, November 4.

The Beauts host the Riveters in Rochester, NY at Bill Gray's Regional Iceplex, while the Pride host the Whale at Warrior Ice Arena. Puck drop for both games is 7:30 pm. The Beauts/Riveters game will be broadcast live on Twitter as the "Twitter Game of the Week."