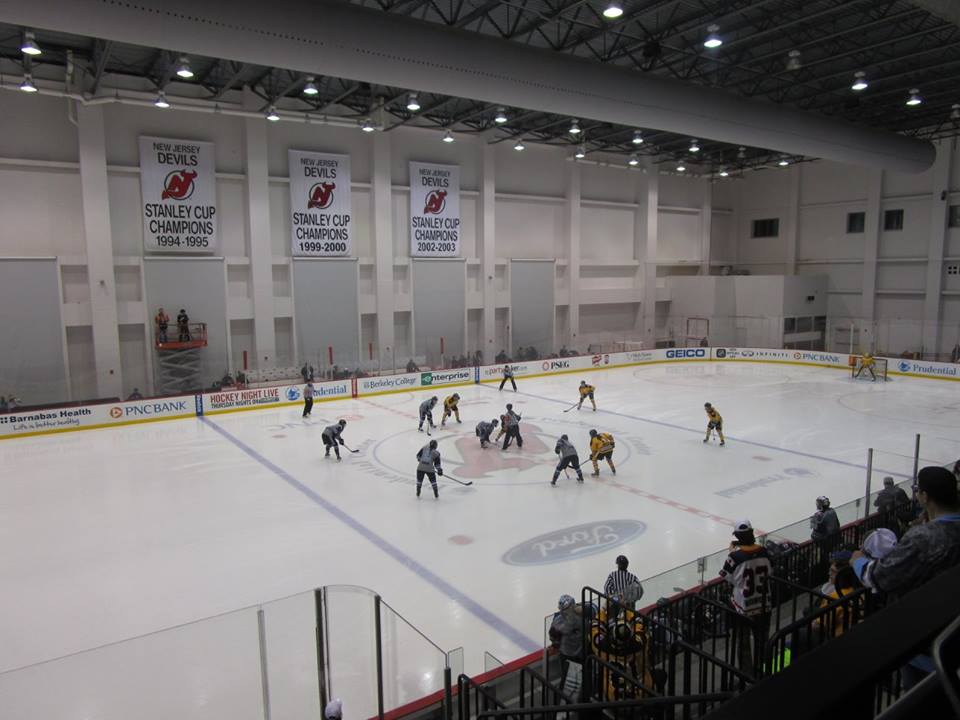 For the second consecutive season, the NWHL's Isobel Cup Final will feature the Boston Pride and the Buffalo Beauts. This time, it all comes down to one game, which will be played at 6:00 PM this Sunday at the Tsongas Center at UMass Lowell.

The Pride punched their ticket to the Final after capturing a 8-2 win over the Connecticut Whale on Thursday night. It was a commanding victory for the Pride, which is exactly what was expected from the team that went 16-1 in the regular season.

Boston got on the board just over halfway through the opening period on Alex Carpenter's first NWHL playoff tally. The team went up by a pair with Carpenter's second goal less than five minutes later.

The Pride took a 3-0 lead just 3:04 into the second period on a goal by Lexi Bender, while Carpenter notched an assist for her third point of the night.

Connecticut got on the board thanks to a power-play tally by Dana Trivigno, but the Pride scored twice more before the period ended, with goals coming from league-leading scorer Brianna Decker and teammate Jillian Dempsey.

After 40 minutes, the Pride held a 5-1 lead, but they didn't let up from there. Although the Whale struck quickly in the third period on a goal by Kelli Stack, it wasn't enough to overcome the deficit.

Boston then added three more goals in the third, including a pair by Hilary Knight and a power-play tally from Gigi Marvin. The Pride's 8-2 win was backstopped by strong goaltending by Brittany Ott, who stopped 24 of 26 shots faced.

On Friday night, the Beauts secured their spot in the league final with a 4-2 win over the New York Riveters.

As expected, it was a much closer contest, but the Beauts outworked the Riveters and took advantage of several defensive miscues to grab the win.

Megan Bozek opened the scoring with a slapshot that got through traffic in front of the net, with just over five to play in the opening period.

Emily Janiga made it a 2-0 game just two minutes into the second period, before New York's Tatiana Rafter got her team on the board. Janiga would add another goal before the period was through to make it 3-1 Beauts.

The Riveters came out with a jump in the third period, as Janine Weber made it a one-goal game just 11 seconds in -- but the Beauts were determined to stand tall. Hayley Scamurra made it a 4-2 game with under eight minutes to play, and Buffalo held on for the victory.

Amanda Leveille's strong performance in net was a key piece of the Beauts' win, as she stopped 34 of 36 shots faced. Katie Fitzgerald faced just 12 shots on goal, but allowed four goals in a surprising performance from the NWHL Goaltender of the Year.

Prior to both Thursday and Friday's games, the league introduced its U.S. women's national team players from their respective teams in lieu of their starting lineups, in a show of solidarity with the players in their battle with USA Hockey. You can (and should) read Zoë's piece on the topic here.

Now, the Pride and Beauts will prepare for the final NWHL game of the season, as Boston looks to cap off an almost-perfect season with their second straight championship. Buffalo looks to spoil the fun and capture the Isobel Cup for the first time in league history after falling to this same Pride team in two games last season.

Sunday's Isobel Cup Final game will be streamed live on the NWHL Cross-Ice Pass, as well as on the ABC News mobile app. Puck drop is set for 6:00 PM at the Tsongas Center.