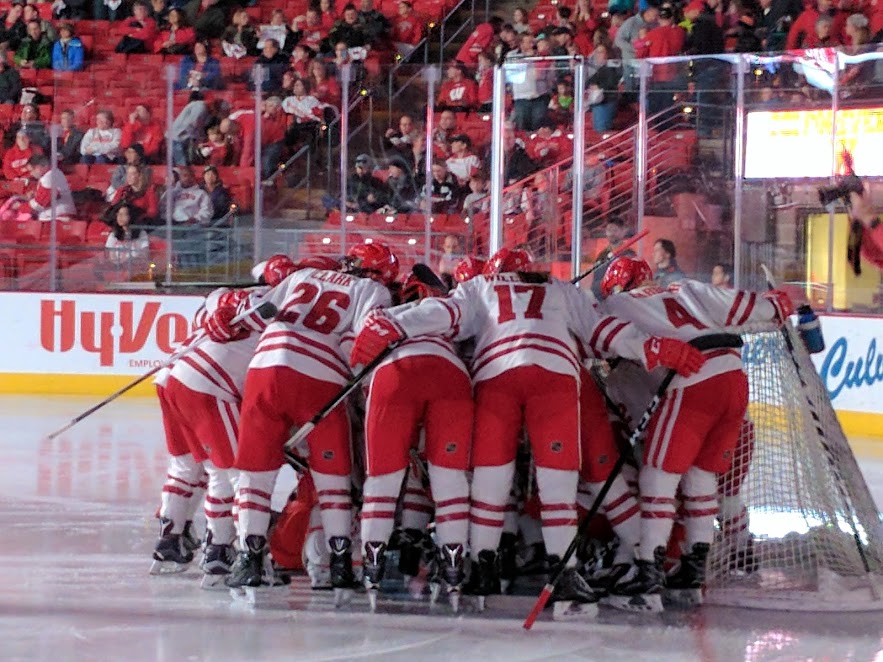 Vermont may be one of the biggest surprises of the season. They've given top teams in Hockey East a run for their money, but they have yet to meet up with the top dogs -- Boston College. For their part, it's been a bumpy season for the Eagles, which was further complicated by the suspension of Toni Ann Miano.

Vermont has shown the resiliency to give BC two tough games, and it wouldn't be at all surprising to see the Catamounts win one.

Watch: A paid stream is available through BTN Plus. A free radio broadcast is available on Saturday through iHeartRadio.

These two met rather early in the season in Grand Forks with the Badgers winning both games 2-0 and 5-2. A few underclassmen have emerged as offensive threats for the Fighting Hawks, and Lexie Shaw has been absolutely solid for them in net.

Wisconsin's rule atop the polls was given a huge bump of confidence when Ann-Renée Desbiens returned to the ice just four weeks after injuring her knee. She missed just a single collegiate game.

The Badgers have so much offensive firepower that it's almost as if they can't all be excelling at once. Sarah Nurse and Sydney McKibbon carried the team early in the season, and now Emily Clark and Annie Pankowski have found their stride.

With elite scoring threats down through their third line, it's pretty impossible to defend the Badgers -- and that's what makes them look so unstoppable. And that's before you look at their blue line and consider Desbiens in back.

It's always a physical rivalry between these two and though I expect North Dakota to not make it easy, the Badgers should sweep the series.

Cornell are just more than halfway a particularly trying part of their schedule, as they're playing all the top-half ECAC teams. They have two wins in a tie in the first three games and they'll now face the two best teams in the conference.

They currently sit eighth in the pairwise rankings and are looking to solidify themselves through the stretch run of the season. Solid outings against these two teams will definitely help their case. They haven't played either team yet, and will face them again in the final two games of the season.

Senior goalie Paula Voorhies is leading their surge -- the Big Red are allowing just 1.58 goals per game. St. Lawrence and Clarkson have a similarly stingy team defense, so both games may come down to special teams or who can steal a goal early and hold on to the lead.

Either way, these games will have a pretty big impact on both the ECAC and national picture, so they're worth checking out.

↑Wisconsin -- The Badgers broke their own record for attendance at an NCAA game with 15,359 at their Fill the Bowl event. It had higher attendance than two NHL games that day, and unofficially ranks as the eighth highest attended women's game ever.

↓Robert Morris -- The Colonials were the last team in the country to suffer their second loss on the season, but in a volatile CHA where they're unlikely to get a big boost without winning their tournament, every game matters.

↑Minnesota-Duluth -- The Bulldogs took two from the Gophers, earning their first win against Minnesota since 2012 and their first sweep since 2010. The Bulldogs jumped into second place in the polls with the sweep.

↓Minnesota -- The Gophers have lost four of their last six games, matching their total losses for all of last season. It feels ludicrous to call it a slump, but it's the standard that the Gophers have set. The losses have moved them out of home-ice placement in the pairwise rankings.

↑Union-- The Dutchwomen earned their first-ever win over Harvard this past weekend.