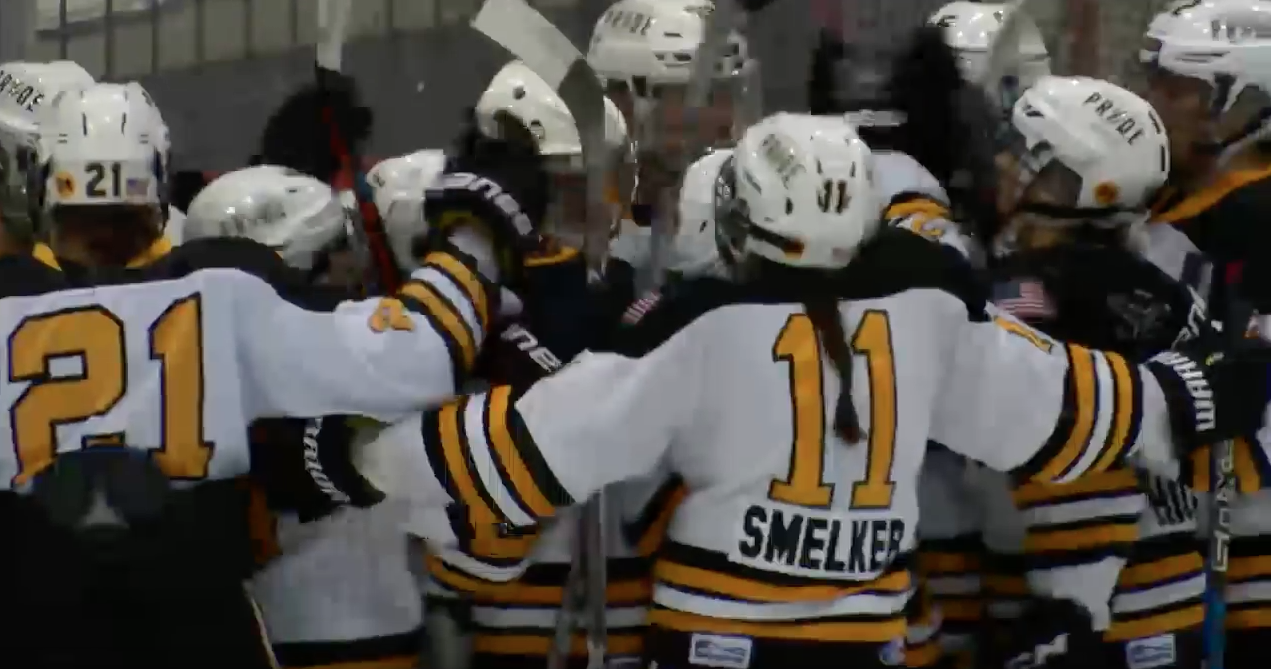 If this weekend's lone NWHL matchup is any indication, pretty much no one. The game was broadcast live on NESN from Newark, NJ, where the Pride took on the New York Riveters, and the intense back-and-forth action, featuring stunning play from both Lauren Slebodnick and Katie Fitzgerald in the pipes, made it a hard-fought 60 minutes for both teams.

There was no score in the first period, even though the Pride again got themselves into penalty trouble -- a reoccurring theme for them throughtout the season.

In the second, the Riveters' Tatiana Rafter got one of the best scoring chances of the night by using her reach to cut behind the Pride defense and get a shot off, but Slebodnick was able to freeze the puck. The next rush, the Smelker-Knight-Decker line seemed to miscue, but they came right back and Knight was able to deflect in a rebound from Decker's shot, putting the Pride up 1-0.

Fitzgerald had to be especially sharp in the second and third periods, as the Riveters spent a lot of time in their own end, and only mustered five shots throughout the final frame. On the power play though, the Riveters were able to pull through. Amanda Kessel, in her first game back since October 8th, controlled the puck along the boards to preserve a clean zone entry, and was able to slip the puck to Janine Weber, who drove to the net and roofed it on Slebodnick, bringing the score to a 1-1 tie with just 4:49 remaining.

Meghan Duggan's goal with just 13.9 on the clock, though, would put the Pride back on top. It seemed a defensive lapse from the Riveters, who let her cruise unchecked in the slot and pick up the puck. She shot it from one knee and beat Fitzgerald.

The Pride are now 10-0-0-0 on the season, despite some close calls; they've surpassed the 8-0-0-0 winning streak that the Connecticut Whale opened their season with last year, and have seemed more stable while doing so. They have allowed just 11 goals in 10 games while scoring at will -- on average, almost four goals per game. While this is a team often noted for its high-flying offense, they are almost always quietly getting the job done defensively as well. Their defenders' ability to thwart zone entries has been nearly perfect.

To get wins in their last two matchups against New York, a bit of luck was involved; but you have to be good to be lucky. The Riveters' ability to keep pace with the Pride has made for some of the most exciting NWHL hockey to date, and their late mistake in allowing Duggan to get her shot away was a crushing and dramatic finish. The two teams don't meet up again until March 4. Meanwhile, the Whale will have three chances to spoil the Pride's perfect season, and the Beauts will have one of their own.

In a competitive league, it's hard to maintain a perfect record. The Pride will likely lose a few games. However, it seems unlikely that they will finish anywhere other than first place in the NWHL as they head to the defense of their Isobel Cup championship.