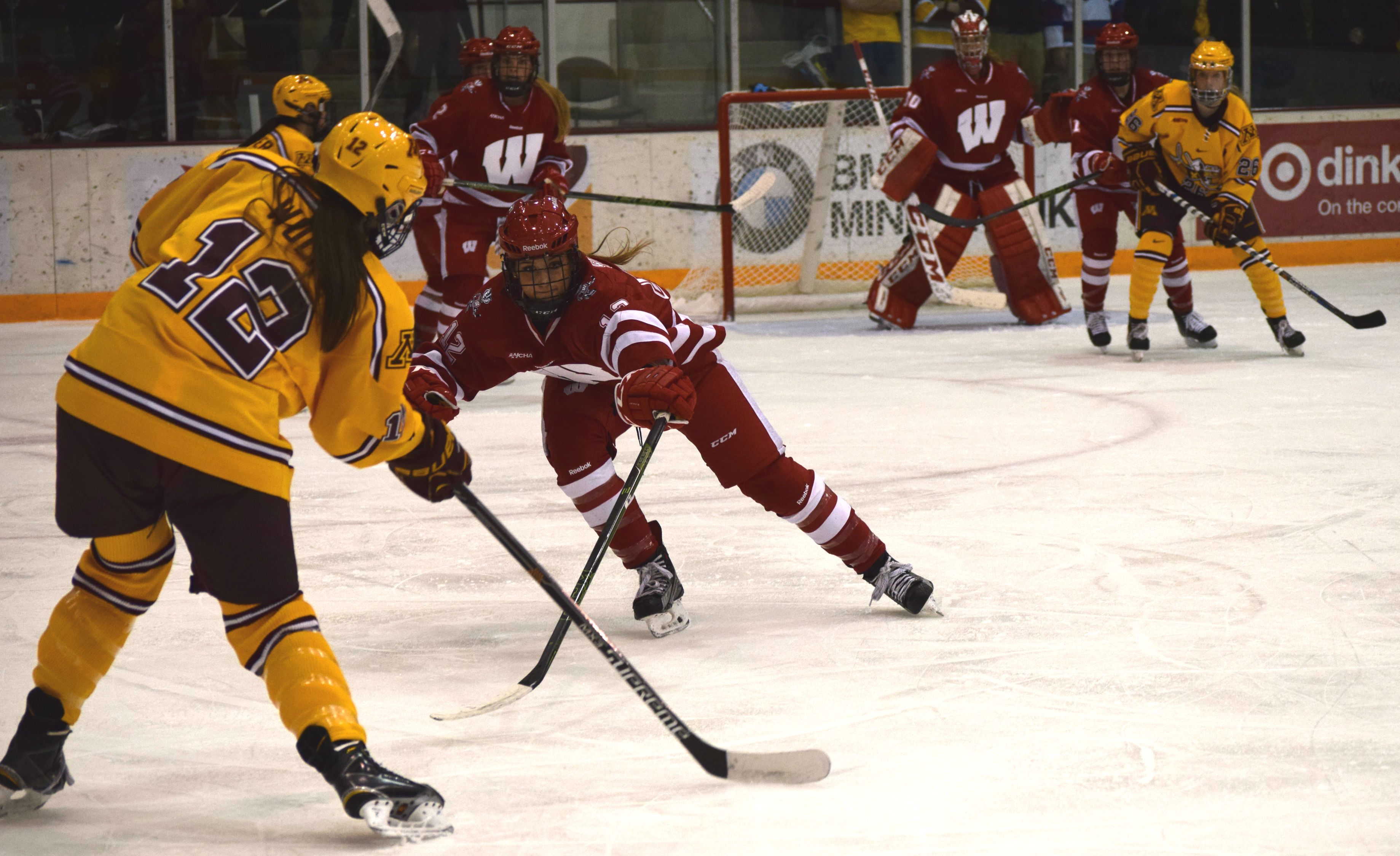 Watch: Sunday's game will be televised by Fox Sports WI/Fox Sports North. Games are available to stream for $9.95 per month via BTN Plus here. Free audio for both games available here.

These two play a home and away series every season that is must-watch hockey, but this time we have the added bonus of them being the two top-ranked teams in the country.

However, both teams could be missing key players to injury. Wisconsin goalie Ann-Renée Desbiens is still moving through concussion protocol, and it's unclear whether she'll be ready to play on Saturday. For Minnesota, Sarah Potomak left Sunday's game after a hit and the Gophers have not had an update on her status.

Minnesota's top line of Potomak, Kelly Pannek, and Dani Cameranesi has been virtually unstoppable this season. All three hold the top spots for scorers in the country, and together they have 37 goals and 52 assists.

But regardless of their status, this series should provide some of the best hockey we will see all season. Both teams are averaging more than 3.5 goals per game. They are second and third in the country for goals allowed: Wisconsin at 1.00 and Minnesota at 1.31.

Special teams will probably play a large role in the series -- both teams are above average on the penalty kill, but Minnesota is far more effective with the extra skater than the Badgers.

Watch: A stream of the game is available online for $8.

These two met Thursday night and ended in a 3-3 tie. Clarkson knotted the score with just 29.1 seconds left in regulation. St. Lawrence seemed to have the Golden Knights' number, scoring twice immediately after Clarkson did to retain the lead each time.

Watch: It appears that video for both games will be available for free here.

Robert Morris is currently atop the CHA and is just two points ahead of Penn State. The Colonials earned a tie against (5) Clarkson last weekend and are looking to grow their lead.

Penn State has been streaky this season, but weren't really in the conversation to be leading the league, so earning some points on RMU would be huge for them looking towards the end of the season.

↑Robert Morris -- The upstart leaders of the CHA showed that they could be a team to reckon with in the post-season with a tie against no. 5 Clarkson last weekend.

↓Northeastern -- The Huskies lost to Boston College last weekend, which gives the Eagles a clearer path to the Hockey East title.

↑Televised hockey -- UMD and Harvard were on TV last week
and Wisconsin and Minnesota will be on their local Fox Sports affiliates this week. Baby steps.

↓North Dakota -- After pulling off three ties in four games against no. 2 Minnesota and no. 4 UMD, the Fighting Hawks dropped a game to unranked Syracuse and moved down to no. 9 in the polls.