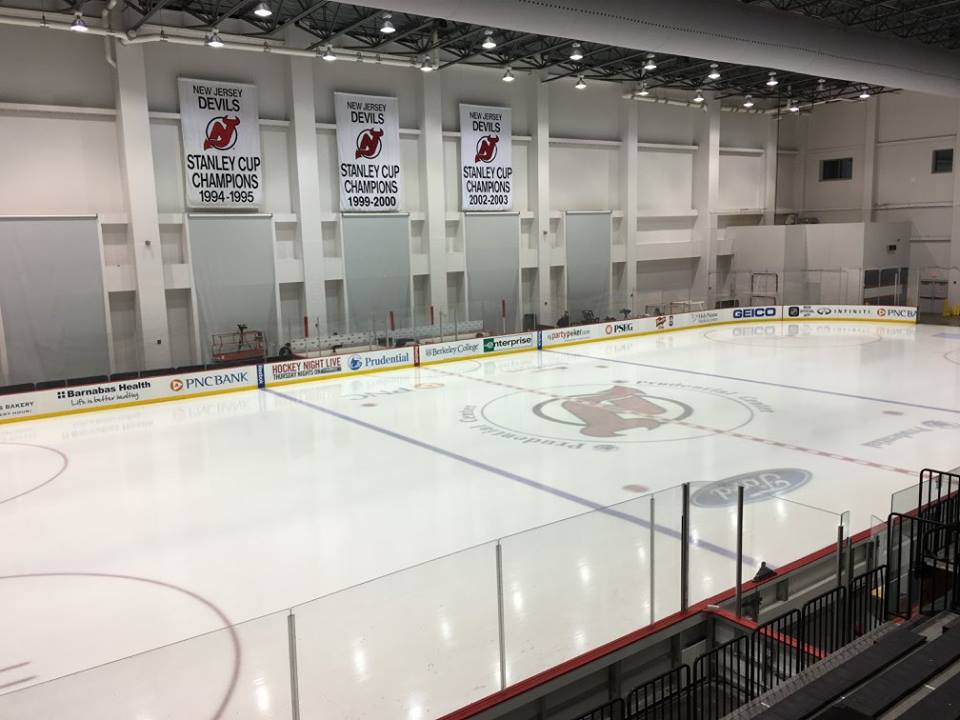 The NWHL returned to action this past weekend with a trio of games following the Thanksgiving holiday. The Boston Pride remain undefeated after capturing victories over the Connecticut Whale and the New York Riveters, while the Buffalo Beauts retain second place in the league with a win over the Riveters.

The Beauts captured their third win of the season with a 5-3 victory over the Riveters on Saturday, at the culmination of a game with several momentum shifts.

Buffalo opened the scoring with a pair of goals in a minute’s span in the first period. Devon Skeats struck first, potting her second goal of the season after the puck deflected off several skates before entering the net. Sixty seconds later, Jacquie Greco notched her first professional goal on a rebound to put the Beauts up 2-0.

The Riveters got one back late in the first, with Alexa Gruschow scoring her first NWHL goal on the power play. New York rode that momentum into the second period, as Madison Packer put in a backhand goal to tie the game just three minutes in.

That tie didn’t last long, however, as Beauts captain Emily Pfalzer quickly got the rebound tally to regain the Buffalo lead. The Beauts would strike again early in the third, with Shiann Darkangelo scoring her third of the season on a bad-angle shot from the side of the net.

Riveters forward Kiira Dosdall added a power-play goal later in the period to make it a one-goal game, but Beauts defender Megan Bozek scored the insurance goal with under three minutes to play to help Buffalo to the 5-3 win.

Amanda Leveille had 25 saves in the win, while Katie Fitzgerald stopped 29 of 34 shots faced in the loss for New York.

The Boston Pride opened their weekend with a 5-2 victory over the Connecticut Whale on Saturday, which included three goals scored in the second period.

The teams opened the game on a fairly quiet note, with just one penalty -- and one goal -- in the opening frame. Dana Trivigno gave the Whale a 1-0 lead on her second goal of the season with under seven to play in the first period.

The Whale didn’t let up, with Kelli Stack tying the game less than 30 seconds later on her second goal of the season. But the Pride, ever-so-good, would take charge from there. Brianna Decker had a natural hat trick, with one goal in the second period and two late in the third, to give Boston the 5-2 win.

Decker’s hat trick included a power-play goal, an even-strength tally, and an empty-netter. She now has a league-leading six goals on the season, just one ahead of Connecticut’s Haley Skarupa and Pride forward Alex Carpenter.

Lauren Slebodnick registered 19 saves in the win for Boston, with Brittany Ott given the night off. Shenae Lundberg had 22 saves for the Whale.

The NWHL weekend closed out as the Pride maintained their perfect record with a 3-2 shootout victory over the Riveters.

Meghan Duggan opened the scoring just 1:29 in, potting the rebound goal for her third of the season to give the Pride a 1-0 lead. Boston then quickly went up by a pair of goals, as Alex Carpenter added a shorthanded tally less than three minutes later.

The Riveters struck late in the first, with Bray Ketchum cutting the lead to one with under six to play. New York then tied the game late in the second, as captain Ashley Johnston scored her first goal of the season after deflecting a harmless-looking high shot.

With no goals in the third, the teams skated into overtime. When things went to a shootout, it took seven shooters before either team had a goal. On the eighth shot, Pride forward Zoe Hickel scored to give her team the win.

It was a physical game between the two teams. Tatiana Rafter was helped off the ice following a high hit by Meghan Duggan; she did return to the game. Miye D’Oench was hit into the boards later in the night, while Blake Bolden was down on the ice for several moments after colliding with Kiira Dosdall.

Throughout the game, Riveters goaltender Sojung Shin made one spectacular save after another to keep her team in it. In the end, Brittany Ott had 26 saves in the win for Boston, while Shin stopped 33 of 35 shots faced for the Riveters.

“To all my friends in Riveters Nation, I have made the decision that it is time to end my hockey career and start on my new, personal career. I want to thank the league for everything they have ever done for me and allowing me to live out my life-long dream, my teammates for being some of the greatest people I have ever met and also supporting me, and the fans who have made and continue to make this league possible and so enjoyable! This was no easy decision, as hockey has been my life since I was ten years old, but I have decided to get back on track with school, which I will be attending in January. I am truly blessed for having had the opportunity to do what I love for over a year. Thank you all again for the support and dedication you have given to me and the league.”

The NWHL returns to action this weekend with a pair of games. The Connecticut Whale host their rival Buffalo Beauts in their home-opener (finally!) on Saturday, December 10 at the Northford Ice Pavilion. The Whale will then travel to New Jersey to face the Riveters on Sunday.