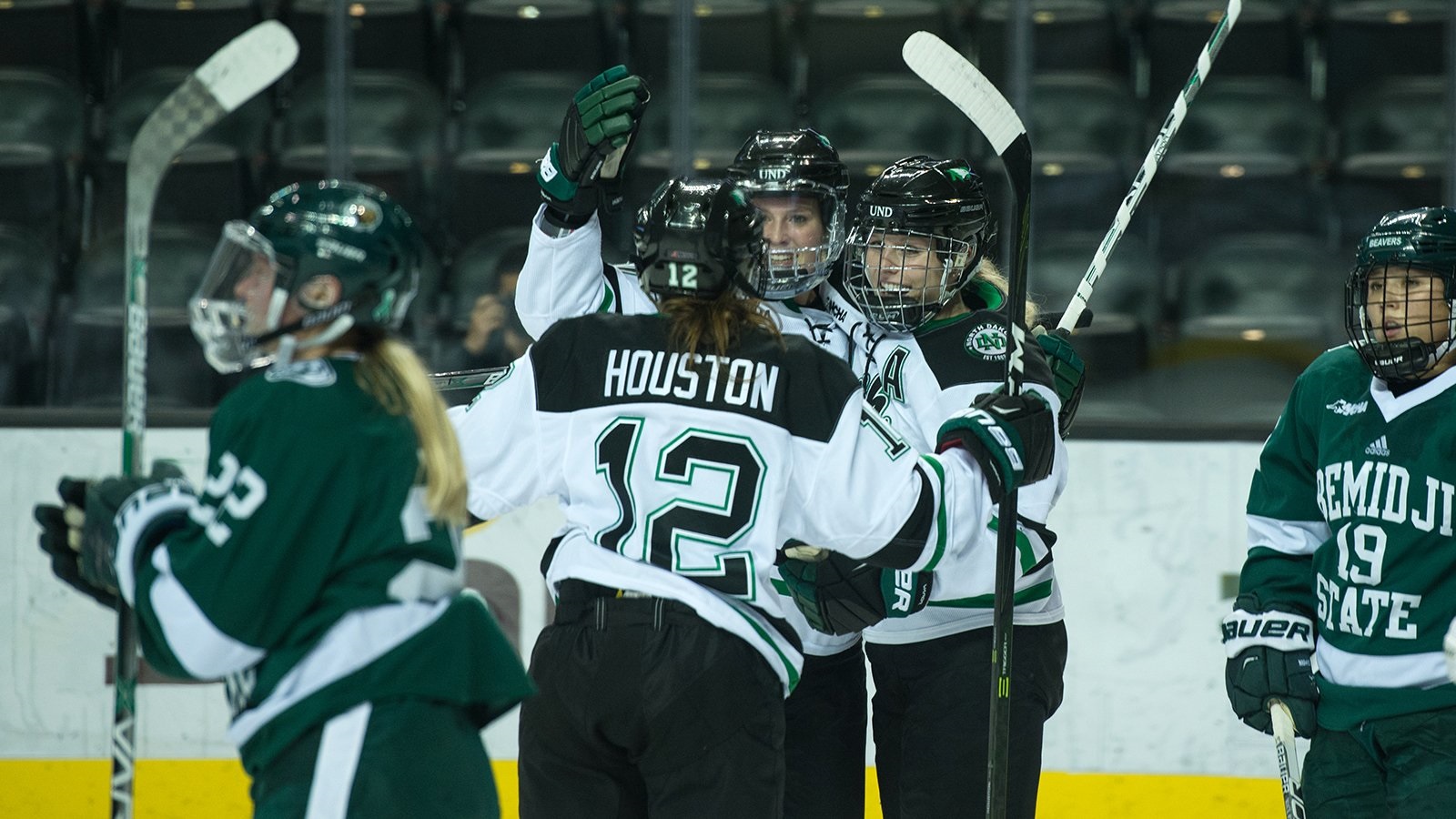 Watch: Games are available on streaming for $9.95 for a one-month pass via North Dakota here. Free audio is also available if you sign up for an account.

North Dakota has been the WCHA team on the outside looking in in recent years. They hover near the bottom of the polls and don't earn themselves enough in Pairwise to make it into NCAA at-large consideration. Wins this weekend over no. 3 ranked Minnesota-Duluth would go a long way towards changing both perceptions -- and calculations -- for the Fighting Hawks.

North Dakota has a lot to prove and is at home, so I expect to see some hard-fought, physical games. UMD has proved some offensive depth and North Dakota is getting contributions from younger players. The Fighting Hawks need a big weekend from goalie Lexi Shaw, as well as for their defense to find a way to slow down the Bulldogs' top line.

Watch: Games are streamed online via Ivy League Digital Network for $9.95 per day.
Friday night's game will be available for free streaming (if you have a cable provider) on ESPN3.

Harvard has had a difficult start to the season, and it doesn't get any easier this week. By the time this weekend is done, they'll have played four of their first five games against ranked opponents. It's made it difficult to figure out exactly how good the Crimson are this season.

Princeton stumbled last weekend, losing to St. Lawrence and Clarkson. They'll look to get back on track, but Harvard will not be an easy win.

Quinnipiac also lost both of their match-ups last weekend. There's a lot on the line for each of these teams, despite it only being week 7. Quinnipiac and Princeton need to right the ship, while Harvard needs to get some numbers in the win column and find some momentum in winning against a ranked team.

↑Ohio State's Lauren Boyle -- Became the first D-I defender this season, regardless of gender, to post a hat trick, single-handedly accounting for all the Buckeyes' scoring in a 3-0 win over Lindenwood.

↓Quinnipiac -- A month ago, the Bobcats were ranked third in the country. They dropped to no. 7 in this week's poll and are currently sitting fifth in the ECAC after losses to Clarkson and St. Lawrence last weekend.

↑Yale's Phoebe Staenz -- The senior recorded a hat trick as part of a stellar weekend over which she put up five goals and three assists.

↓Winless teams -- Lindenwood and Dartmouth are the only two teams who haven't tallied one in the win column.